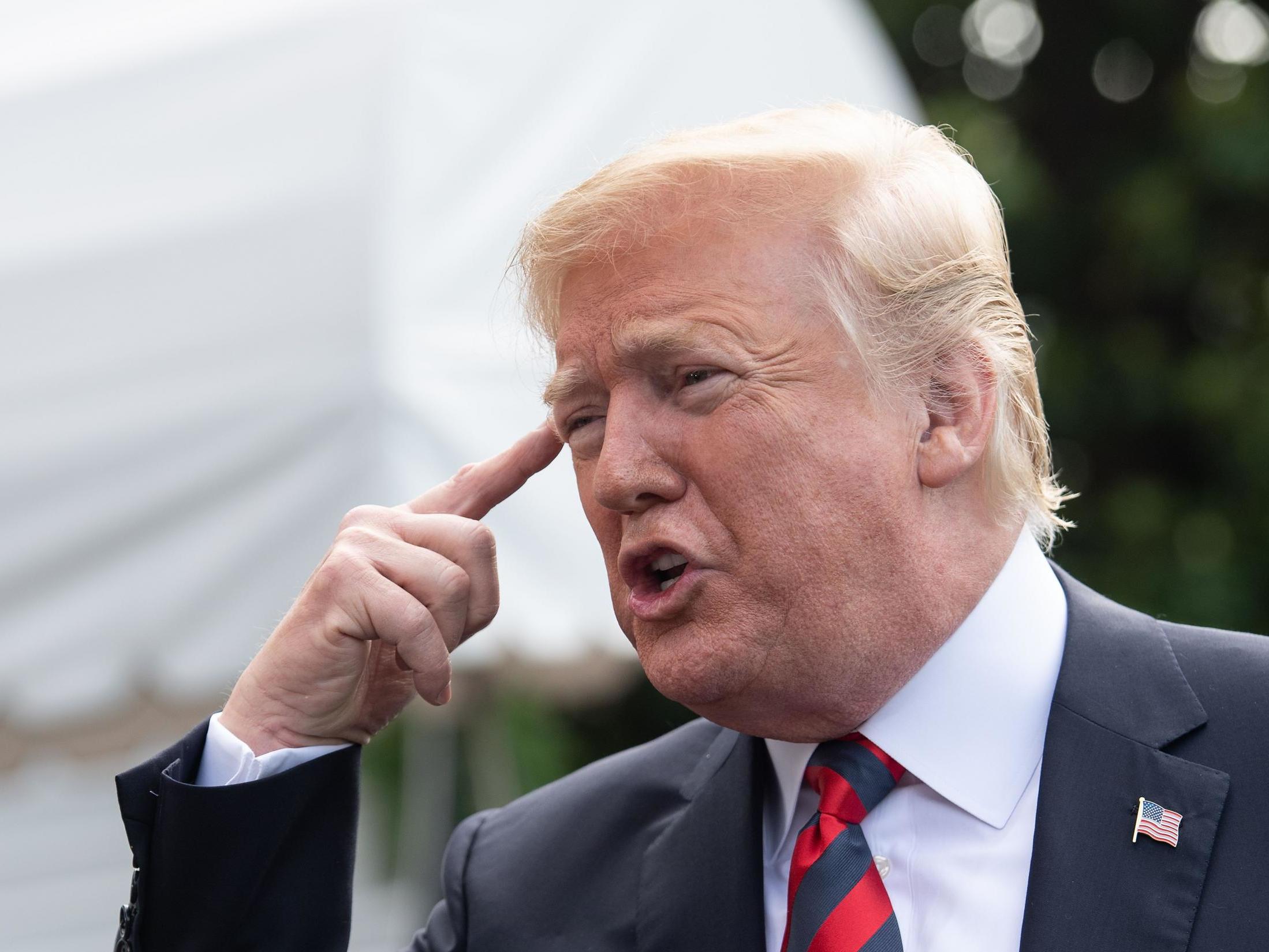 After they wooed him in Taormina, Italy, in 2017, Donald Trump snubbed world leaders by dropping out of the Paris climate accords.

When they reached consensus in Charlevoix, Canada, a year later, Mr Trump abruptly refused to sign their joint statement and escalated his trade war with personal insults.

And as the Nato allies gathered in Brussels last summer, summit organisers avoided another Trumpian eruption only by prewriting the meeting’s formal policy agreement and keeping it from the American president until the last minute.

Now, as French president Emmanuel Macron prepares to host Mr Trump and leaders from some of the world’s leading democracies in the south of France this weekend, the United States’ closest allies have all but given up on the idea that the Group of 7 summit will produce the kind of unity and consensus about global issues that has been its hallmark for more than four decades.

“I know the points of disagreement with the US,” Mr Macron lamented to reporters earlier this week as he acknowledged that the group would not even try to issue its usual joint statement, known as a communiqué. “It’s pointless.”

With the world facing ominous signs of a global economic slowdown and vexing political turbulence in hot spots around the world, Mr Trump will arrive on Saturday morning in Biarritz, France, with a blunt tariff club in his hand. And that poses a challenge to America’s trading partners.

“Their operating strategy is damage limitation,” said Charles Kupchan, a professor of international affairs at Georgetown University who served on the National Security Council staff during President Barack Obama’s tenure.

“The first G7. The second G7. The Nato summit. Trump has basically blown them all up. I’m guessing that Macron is hoping to get out of Biarritz with no blood on the floor.”

He added: “If you go in with low expectations and no communiqué, that lowers the risk of a fiasco. You have a nice chat, you have some good wine, and you go home.”

The leaders of France, Germany, Britain, Italy, Japan, Canada and the United States will meet at the beachfront resort town amid escalating alarms over the health of the global economy, which is slumping under the weight of Mr Trump’s multi-front trade wars.

In the decades after World War II, such a slowdown typically spurred American presidents to help lead a global response to prevent or mitigate recessions.

But Mr Trump’s willingness to use tariffs as leverage over allies as well as adversaries has severely strained the relationships with other leaders.

On the day he was to leave Washington for the summit, Mr Trump significantly escalated his tariff war, responding to China’s retaliation with another increase in his own levies on Chinese goods.

“China should not have put new tariffs on £75bn of United States product (politically motivated!),” the US president tweeted.

Meanwhile, his disdain for multilateral institutions like the United Nations, Nato and the World Trade Organisation has undermined the expectation of cooperation and collaboration in any combined effort to confront China or other countries.

“The post-war world, which the US built, was essentially one where, if there was a theme, it was: ‘everyone benefits from everyone else’s growth’,” said Raghuram Rajan, an economist at the University of Chicago Booth School of Business, who once led India’s central bank. “It’s a positive-sum game. The idea was to help everyone grow through a rules-based system.

“What’s changed,” Mr Rajan said, “is the view that the growth of others is actually good for the US. There’s much more of a zero-sum rhetoric: ‘if they grow, it’s at my expense’.”

Despite the warnings of difficult headwinds, Mr Trump continues to insist that the US economy has nothing to worry about.

In a tweet on Friday morning, he wrote that “the Fake News Media, together with their partner, the Democrat Party, are working overtime to convince people that we are in, or will soon be going into, a recession.”

American officials say Mr Trump is eager to contrast the economic success of his policies with those in slumping economies like Germany and France during a session that he called for on the global economy on Sunday morning. But his fellow world leaders are not expected to hold back either.

“I think he will get an earful from the others,” said Peter Westmacott, a former ambassador to the United States from Britain. “There will be a sense that Trump’s trade policies are part of what is taking the world’s economy in the wrong direction.”

Mr Macron, as this year’s host of the G7 gathering, is not counting on the United States to be a constructive part of other discussions.

He has invited several leaders from African nations to be part of sessions on the challenges facing that continent.

The leaders of India, Australia, Chile and Spain will participate in conversations about the environment, terrorism, nuclear weapons and other issues.

French officials conceded that there is no hope that Mr Trump joins the group in expressing its concern about climate change despite news that fires in the Amazon rainforest could accelerate the planet’s environmental crisis.

A few seemingly anodyne statements that diplomats from the seven countries prepared in advance will be released at the end of the summit, an EU official said, among them a document on the partnership between African nations and the G7 countries and one on biodiversity.

For his part, Mr Trump has already vented his frustration about France’s imposition of a tax on companies like Facebook. He called it “foolishness” and risked insulting the G-7 host by threatening tariffs on French goods, including wine, in response.

Beyond trade, disagreements about how to contain Iran’s nuclear ambitions remain stark.

“Rather than being defined by ambition, they seem to be more about survival and just getting through it,” said Derek Chollet, executive vice president for security and defence policy at the German Marshall Fund. “They have seen the movie before. They don’t want to repeat it.”

That may be difficult, in part because of the presence of another larger-than-life personality: Boris Johnson.

Mr Johnson and Mr Trump are temperamental allies, and the American president sees an opportunity for a bilateral trade deal with Britain if Mr Johnson succeeds in breaking his country away from the European Union.

The result could be what Mr Chollet called “a bad buddy movie” with Mr Johnson and Mr Trump together sticking it to their colleagues.

But Mr Johnson may also have reason to keep his distance from Mr Trump — the US president’s deep unpopularity in Britain.

Mr Westmacott said that the G7 still provided an opportunity for some of the world’s most important leaders to discuss serious problems facing their countries — if Mr Trump and Mr Johnson decided to let that happen.

“It should be a moment when there are frank discussions,” he said. “The question is really whether those two narcissistic, self-absorbed individuals actually want to operate in a collegial way and work with other heads of government to make progress on the difficult issues.