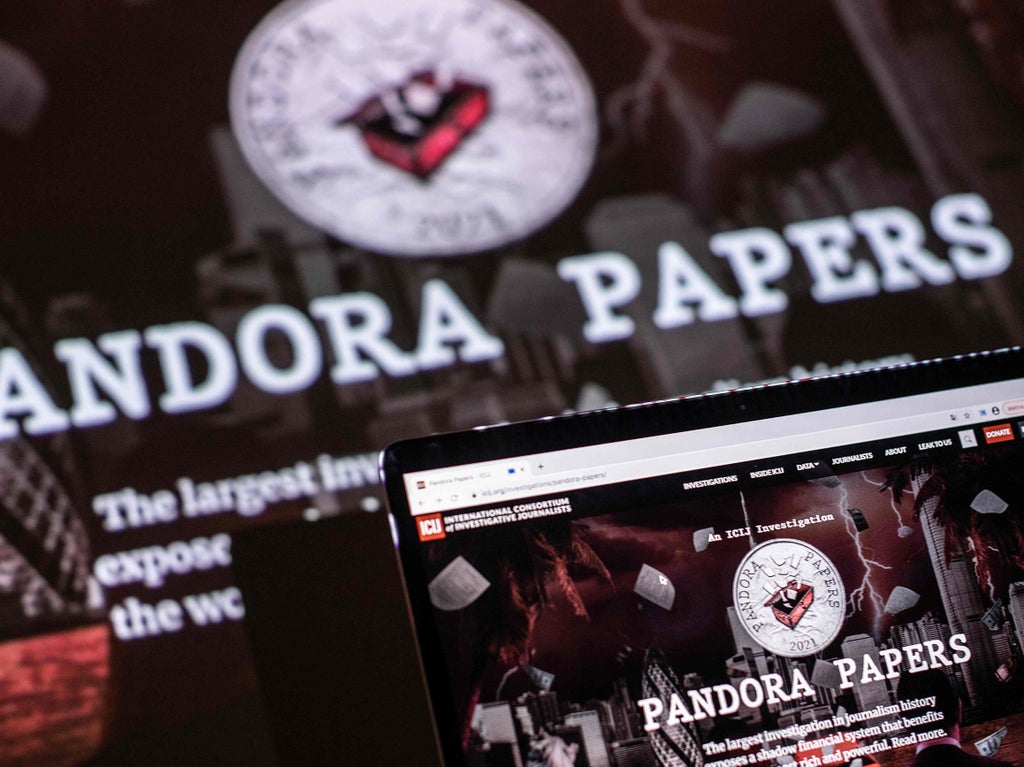 The Pandora Papers is one of the largest global financial investigations ever attempted, bringing together more than 600 journalists from 140 media organisations across 117 countries to pour over almost 12m leaked documents from 14 offshore services companies in order to examine the wealth concealment and tax avoidance strategies of some of the world’s richest and most powerful people.

Orchestrated by the International Consortium of Investigative Journalists (ICIJ) in Washington, DC, the probe follows on from LuxLeaks in 2014, the release of the Panama Papers in 2016, the Paradise Papers in 2017 and the FinCen files in 2020 and again sees the super-rich under scrutiny over their patronage of offshore tax havens in places like the Cayman Islands and British Virgin Islands.

While such services are not illegal, they involve operating, in the opinion of the British government, “within the letter, but not the spirit, of the law”, at a time when $600bn is lost annually in tax revenue to world governments as a result of the industry’s artful practices, according to the International Monetary Fund.

The ICIJ’s project involves reporters around the world in trawling through 2.94 terabytes of leaked data, amounting to 11.9m documents, comprising in turn 6.4m files, 3m images, 1m emails and around 500,000 spreadsheets. In Britain, the work is being led by the BBC’s Panorama team and The Guardian.

Their efforts have so far cast a light on the financial affairs of 336 politicians from 91 countries, including 35 current or former world leaders and more than 100 billionaires.

A number of celebrities have also been drawn in, including the pop stars Elton John, Ringo Starr, Shakira and Julio Iglesias, the supermodel Claudia Schiffer and ex-Indian cricket captain Sachin Tendulkar.

The Blairs reportedly saved around £312,000 in tax on the purchase of a London property by acquiring an offshore company named Romanstone International Ltd, which was based in the British Virgin Islands.

The former British prime minister and his wife bought the £6.45m townhouse on Harcourt Street, Marylebone, in 2017 as an office for her legal advisory firm Omnia and her foundation for women, but the manner of the deal allegedly allowed them to avoid having to pay stamp duty, as the tax is not paid when the holding company of a property is acquired rather than the building directly.

There is no suggestion the Blairs actively tried to avoid paying the tax and the transaction was not illegal.

In a statement, the couple stressed they had purchased the property “in a normal way through reputable estate agents” and had “nothing whatever to do with the original company nor those behind it”. They said they had “never used offshore schemes either to hide transactions or avoid tax”.

They added that “the acquisition of a company comes with different tax consequences” and they “will of course be liable for capital gains tax on resale”.

Also in Britain, prominent Tory donor Mohamed Amersi, who has contributed nearly £525,000 to the governing party since 2018 and supported Boris Johnson’s leadership campaign, was involved in one of Europe’s biggest corruption scandals, according to the BBC’s findings.

Pandora Papers documents reveal that the 61-year-old corporate lawyer previously worked as a consultant on a series of controversial deals for Swedish telecoms company Telia, which was later fined £700m in a US prosecution for bribery.

Mr Amersi denies any wrongdoing while Mr Johnson insisted on Monday he had been “vetted in the normal way” before his donations were accepted.

In the case of Mr Putin, a woman who was reported to be in a relationship with the Russian leader became the owner of a luxury fourth-floor apartment in Monte Carlo, Monaco, in 2003 weeks after giving birth.

The £3.1m property was purchased by Brockville Development Ltd, a firm based in the British Virgin Islands that was eventually traced back to Svetlana Krivonogikh, alleged lover of the Russian president.

“For now it is just not clear what this information is and what it is about,” Kremlin spokesman Dmitry Peskov told reporters on Monday, adding: “We didn’t see any hidden wealth of Putin’s inner circle in there.”

The King of Jordan meanwhile secretly spent more than £70m on a property empire in the UK and US, according to the leaks. Abdullah II bin Al-Hussein is alleged to have used a network of secretly-owned firms in the British Virgin Islands to purchase 15 homes since coming to power in 1999, including luxury residences in Washington, DC, Malibu and London.

Lawyers for King Abdullah denied any wrongdoing and told the BBC he had used his personal wealth to purchase the properties.

The Czech Republic’s right-wing populist prime minister Andrej Babis was revealed to have injected £12m into several shell companies to buy a large property, known as Chateau Bigaud, in a hilltop village in Mougins on the French Riviera.

Mr Babis did not disclose the shell companies and the chateau in the asset declarations he is obligated to file as a public official, according to the ICIJ.

On Twitter, Mr Babis said he had done nothing “illegal or wrong” and suggested the leaks were an attempt to “influence the Czech election”, which takes place next week.

Reporting on the Pandora Papers also alleged that President Kenyatta of Kenya and his family had secretly owned a network of 13 offshore companies for decades, an allegation the premier said he would “respond comprehensively” to when he returned from an overseas trip.

Finally, Azerbaijan’s wealthy Alivey clan reportedly built an extensive network of offshore companies to conceal its money, involving it in 17 property deals across the UK worth over £400m, including the purchase of a £33m Mayfair office block in 2009 for President Ilham Aliyev’s then 11-year-old son, Heydar.

Away from the political sphere, The Hollywood Reporter said on Monday that the leaked documents indicate Elton John, Beatles drummer Ringo Starr and Colombian singer Shakira all set up PO box companies in known tax havens including the British Virgin Islands, Panama or the Bahamas.

Spanish newspaper El Pais meanwhile carried a story saying veteran crooner Julio Iglesias has at least 20 companies of his own in the British Virgin Islands, which were used to purchase a private plane and luxury homes in Miami, Florida.

The Independent has contacted representatives for all four musicians for comment.

Speaking on BBC Radio 4’s Today programme on Monday, UK chancellor Rishi Sunak said that Britain’s HMRC will inspect the Pandora Papers but denied that its revelations regarding tax avoidance should be considered “a source of shame” to London, insisting instead: “Actually our track record on this issue is very strong.”