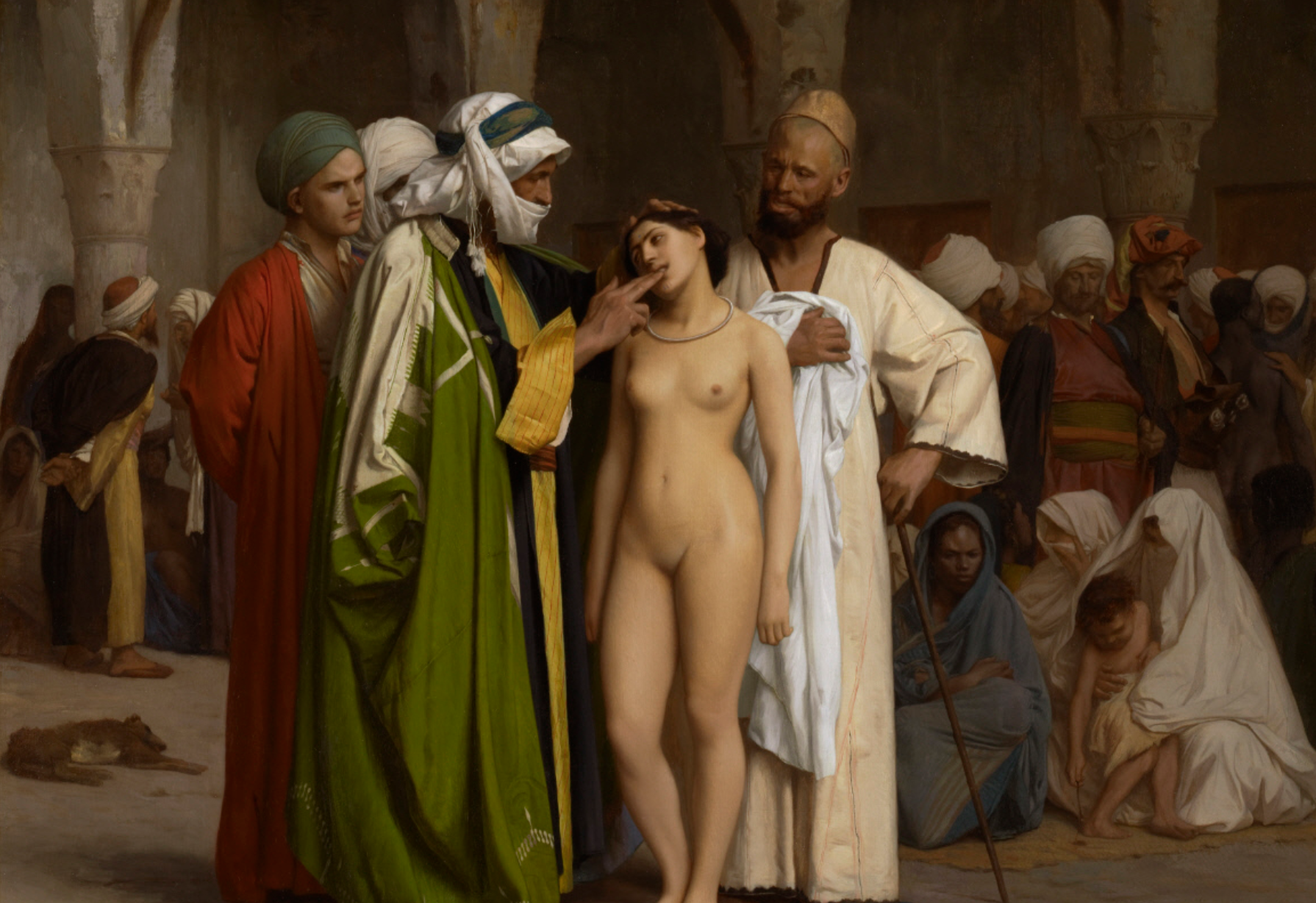 An American art museum has demanded that a German far-right political party stop using one of its paintings in campaign material.

AfD, or Alternative for Germany, used the 1866 painting The Slave Market by Jean-Leon Gerome in publicity posters for the European parliament elections.

The painting, which is displayed in the Clark Art Institute in Williamstown, Massachusetts, depicts slave traders from the Middle East or North Africa inspecting a naked woman with lighter skin.

Posters featuring the painting were put up by the AfD’s Berlin branch with the slogan “So that Europe won’t become Eurabia”.

Olivier Meslay, the museum’s director, said: “We condemn the use of the painting Slave Market by Jean-Leon Gerome from 1866, to advance AfD’s political stance.”

He said he had written to the party “insisting that they cease and desist in using this painting”, but accepted that because of the work’s age it was public domain and that there was no copyright law preventing the image from being used.

AfD, which is well know for its anti-Muslim stances, says it will not take the posters down.

“The German public has the right to find out about the truth about the possible consequences of illegal mass immigration,” said AfD politician Ronald Glaeser – apparently suggesting that immigration would lead to the enslavement of white people.

AfD has lost momentum since winning seats in the German parliament for the first time in 2017. The party is polling around 10 per cent to 12 per cent for the European elections next month, slightly down on its other scores.