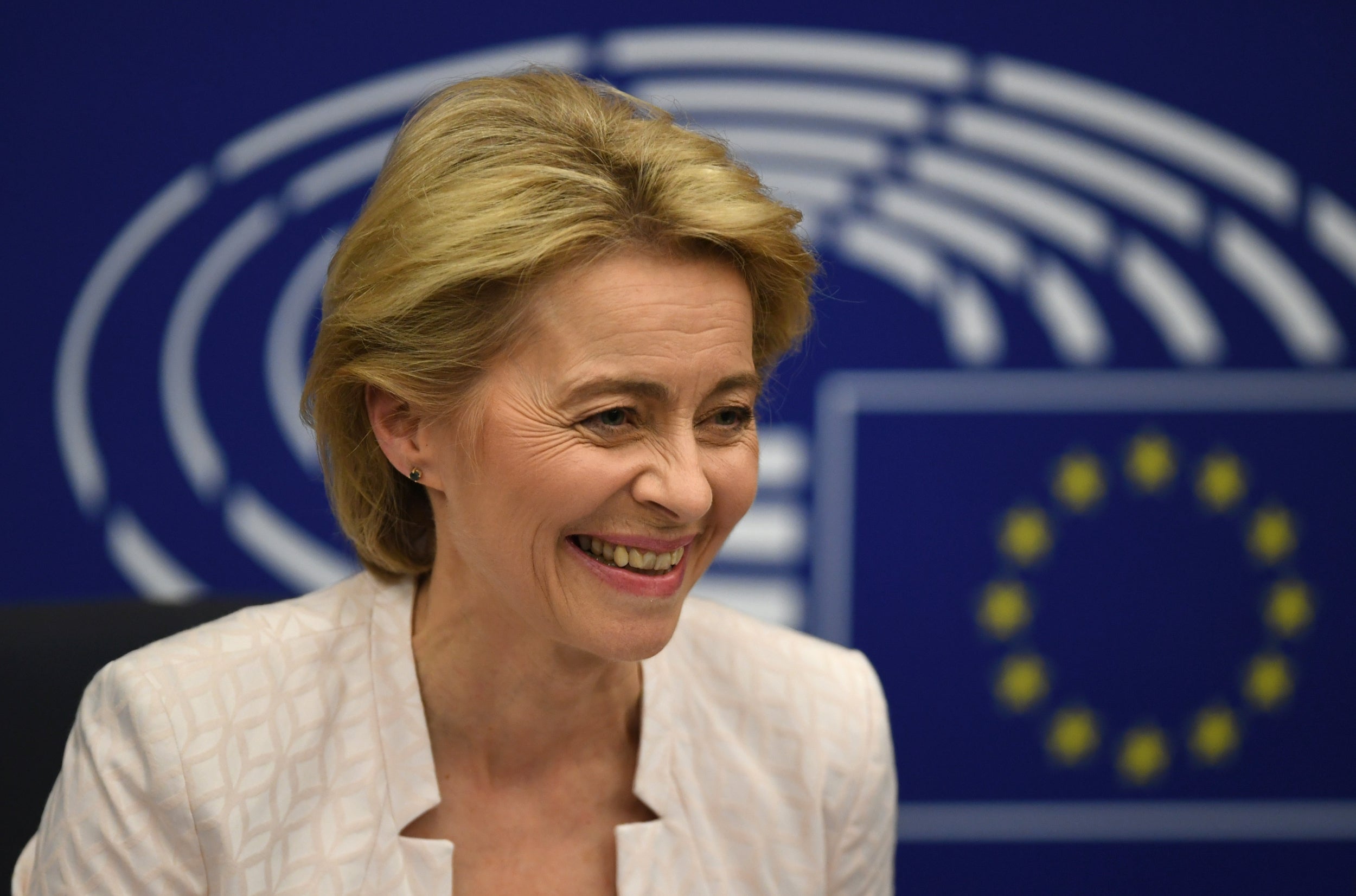 Ursula von der Leyen was never the name on everyone’s lips: The 60-year-old defence minister, who was relatively unknown outside of Germany until two weeks ago, was narrowly approved by MEPs on Tuesday.

She didn’t stand in the elections and her name was never really mentioned as a candidate – but that didn’t stop MEPs approving her. They had tried to inject some democracy into the selection process, but backed down after leaders threatened a fight.

In the end the vote was closer than many expected: despite winning support from most of the mainstream political groups in the parliament, she scraped through by just nine votes. Such is the effect of a secret ballot.

Getting the job is something of a homecoming for the Christian democratic politician, who was actually raised in Brussels as a native French and German speaker. Her father, Ernst Albrecht, was a top EU civil servant in the Sixties.

A compromise candidate, she was suggested by EU leaders after days of talks – apparently by the Visegrad group of central and eastern European countries.

Since her nomination she had done everything she can to shake the vote of confidence of far-right Hungarian prime minister Viktor Orban – which many worried would count against her with other more liberal-minded Europeans. She has talked up beefing up rule of law provisions, and emphasised the social liberal and environmental side of her politics.

Von der Leyen is no stranger to scandal: she’s currently undergoing a parliamentary inquiry over claims of nepotism and incompetence at the Ministry of Defence. She’s also been accused of plagiarising some of her doctoral thesis, and making errors in it. It’ll be worth keeping an eye on the Bundestag to see whether anything come out of the parliamentary inquiry.

On Brexit – which is fairly low down the agenda in Brussels at the moment – Von der Leyen will be more of the same (as any realistic pick for the top job would be). She’s said Brexit is a “loss for everyone” and said events since the referendum had the “burst bubble of hollow promises” woven by Vote Leave. She’s said she’s open an an extension, but the decisions won’t be hers and she won’t be in office until November anyway, when it’s been decided.

Her policy platform, which was previously fairly opaque on account of her not being a candidate in the elections, has now been fleshed out. It looks fairly ambitious: abolishing the member state veto on foreign policy, EU-wide coordination of minimum wages, and a major investment programme to cut carbon emissions. But the EU is such that it’s hard to tell how much of this she will be able to deliver.

She is, of course, the first women to hold the post of European Commission president – and actually only the second German. Now, her job is to build her top team, which she says she wants to be half men and half women. Her first fight will be convincing member states – many of whom already have particular men in mind for the post – that that’s worth it.