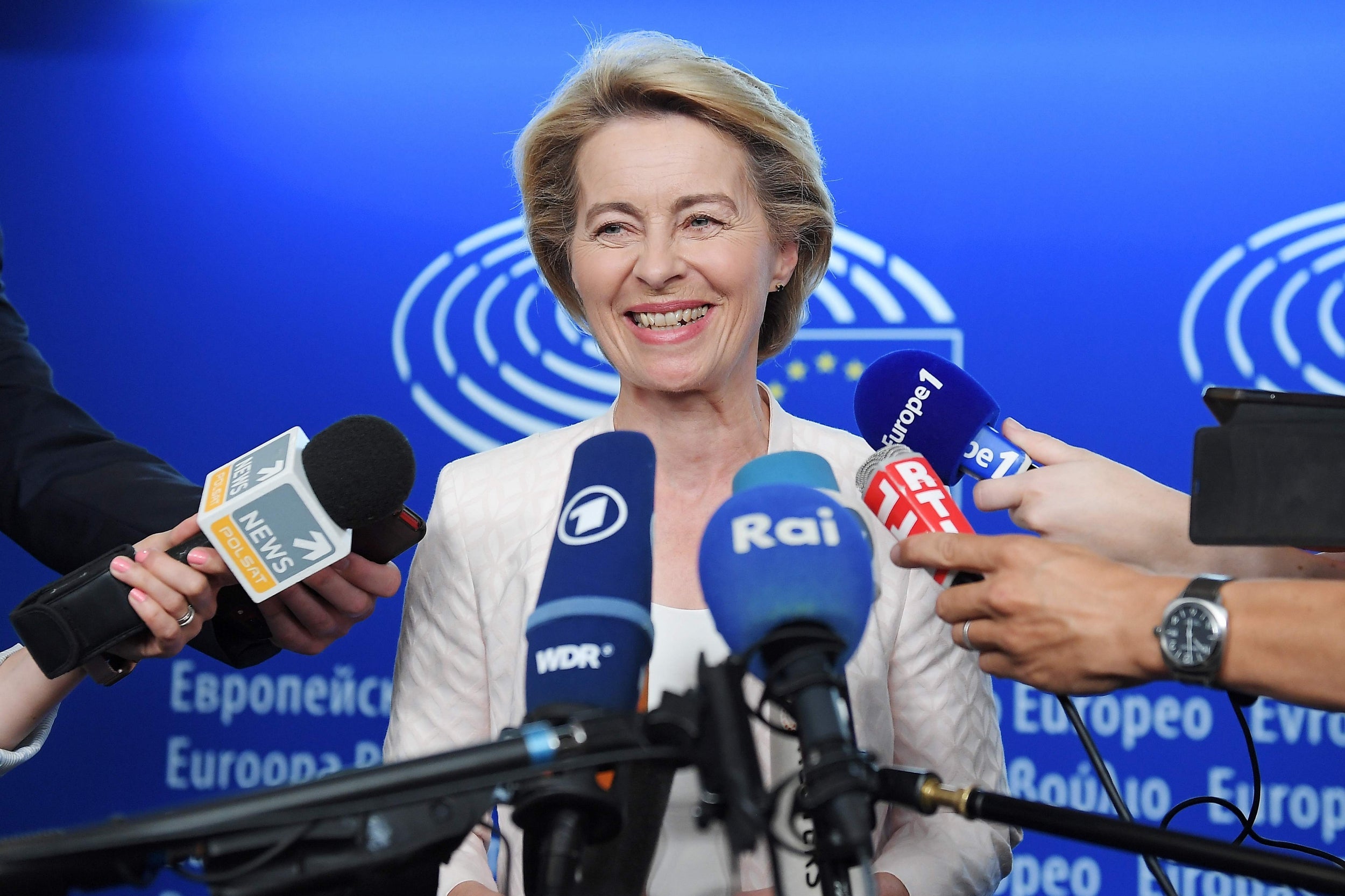 EU leaders surprised pretty much everyone on Tuesday by tapping Ursula von der Leyen to be their pick for commission president.

The 60-year-old defence minister is relatively unknown outside of Germany, where she’s presided over her ministry since 2013.

Getting the job would be something of a homecoming for the Christian democratic politician, who was actually raised in Brussels as a native French and German speaker. Her father, Ernst Albrecht, was a top EU civil servant in the Sixties.

She was not the name on anyone’s lips ahead of the summit to decide Jean-Claude Juncker’s replacement this week, and she did not campaign in the European elections as a candidate. That latter fact will count against her when it comes to the European parliament’s decision to accept or reject her – MEPs have been trying to inject some democracy into the selection process.

But she was suggested as a compromise candidate after days of talks – apparently by the Visegrad group of central and eastern European countries. She won the vote of confidence of far-right Hungarian prime minister Viktor Orban – which may actually count against her with other more liberal-minded Europeans.

Von der Leyen is no stranger to scandal: she’s currently undergoing a parliamentary inquiry over claims of nepotism and incompetence at the Ministry of Defence. She’s also been accused of plagiarising some of her doctoral thesis, and making errors in it.

On Brexit – which is fairly low down the agenda in Brussels at the moment – Von der Leyen will be more of the same (as any realistic pick for the top job would be). She’s said Brexit is a “loss for everyone” and said events since the referendum had the “burst bubble of hollow promises” woven by Vote Leave.

What would her policies be like in office? We don’t know, exactly. She didn’t stand in the EU elections and hasn’t put out a manifesto.