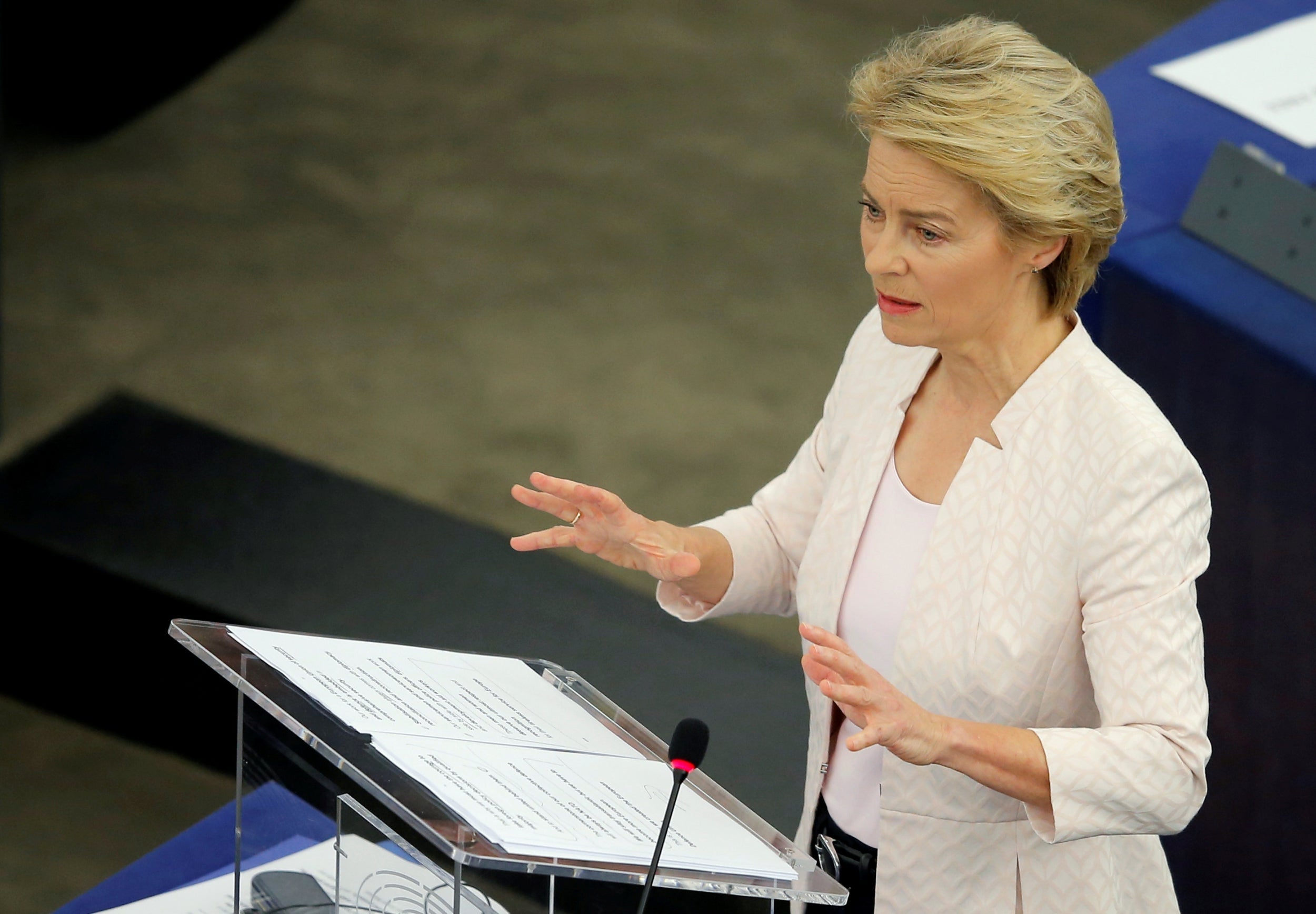 The European parliament has narrowly approved Ursula von der Leyen as the next president of the European Commission, replacing Jean-Claude Juncker at the helm of the EU’s executive.

The German defence minister was approved by 383 votes to 327, with 22 abstentions and one blank vote on Tuesday evening. She needed 374 votes to reach the threshold to be elected, meaning she scraped through by just nine votes.

Ms Von der Leyen, who was nominated by EU leaders earlier this month, is the first woman to hold the top job in Brussels. The European Commission is the union’s executive arm and is responsible for proposing EU law, enforcing its treaties, and representing the interests of the bloc as a whole on the world stage.

She is due to take office on 1 November after a handover period during which her cabinet of commissioners, one from each member state, will be chosen and their portfolios allocated. She has pledged to achieve gender balance in the top team – but could face a showdown with member state governments, who may have other candidates in mind as their commissioners.

The German politician’s appointment is controversial because she was not a lead candidate in the EU elections last month. The European parliament had previously said that the next commission president should have been on the ballot paper during the contest and campaigned across the EU, under the so-called “spitzenkandidat” system.

But a majority of MEPs gave Ms Von der Leyen their backing anyway after national leaders called their bluff and proposed a candidate who was not available to vote for. She was opposed by MEPs from the green and left groups in the parliament, but supported by the centre-right and the liberals. The centre-left socialist group was split, with some countries’ parties such as the German SPD opposing the appointment and others such as Labour supporting it.

In her address to MEPs on Tuesday morning ahead of the vote, the nominee proposed a number of reforms, including scrapping the member state veto on EU foreign policy to speed up decision-making during international crises. She also pledged to bring in a “green deal” investment programme for the continent in her first 100 days in office and to ramp up environmental targets and write them into law. She also said that she supports tougher action against member states that breach the rule of law.

A close ally of Angela Merkel, Ms Von der Leyen is only the second German to ever hold the commission presidency. During her last job as defence minister in the German federal government she was unpopular with the public and her department was placed under parliamentary investigation for alleged nepotism mismanagement.