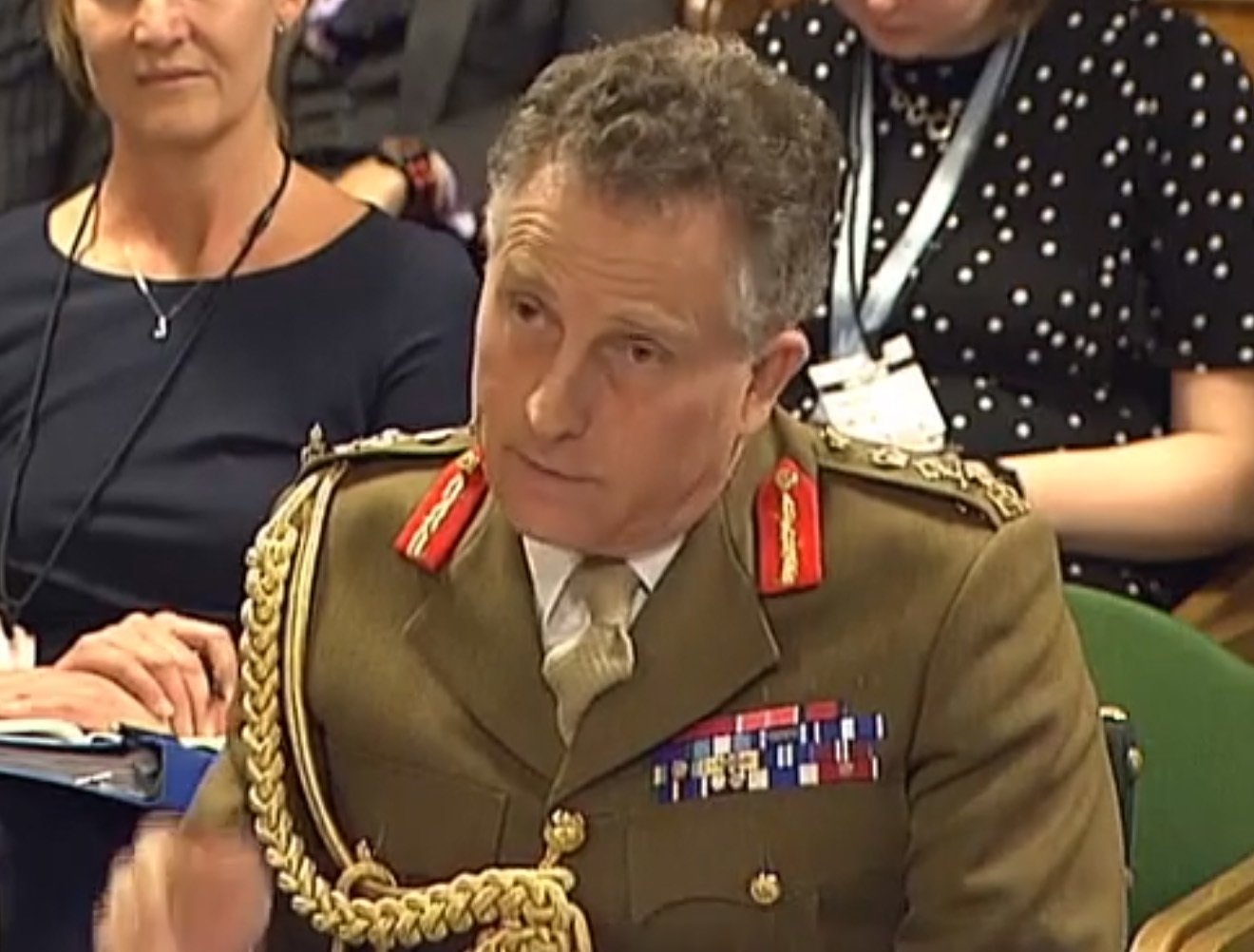 The international security landscape is the most uncertain politically and strategically in living memory, with instability the “defining condition” and where threats to “our nation are diversifying, proliferating and intensifying very rapidly”, the head of Britain’s military has warned.

The “constant confrontation” across the world is “reminiscent of the first decade of the 20th century” of the great power competition that ended with the conflagration of the First World War, General Sir Nick Carter said in his annual lecture.

He claimed that hostile states such as Russia and China – and Iran’s “flexing of muscle” – challenged our security, stability and prosperity. But there were also the added dangers of terrorist groups such as Isis, and the “bellicose nature of populism and nationalism” that seek to exploit mass migration, which many see as an existential threat to Europe.

The Chief of the Defence Staff (CDS) address came in a week of extraordinary political tumult, with the survival of Theresa May’s government in question and the Brexit process in disarray.

He began his speech at the Royal United Services Institute (Rusi) in London saying: “Without getting overly excited I guess there’s never been a better week for a CDS to be controversial.”

Gen Carter continued: “We live in a multi-polar world of competing powers, with diverging views on how the world should work, different values, a sense of historic entitlement and even some scores to settle.

“Meanwhile, the character of politics and warfare is evolving rapidly, driven by the pervasiveness of information and the rate of technological change. Our competitors have become masters at exploiting the seams between peace and war; what constitutes a weapon in this ‘grey zone’, below the threshold of conventional war, no longer has to go ‘bang’.”

He pointed to a worrying lack of knowledge or interest among the public about how current geopolitical issues have evolved.

Stressing a need to raise public perception of the threats faced now, Gen Carter said: “Because it is new and exploits new technologies, this kind of warfare is unregulated. We no longer have the same depth of mutual understanding, and the tried and tested diplomatic instruments and conventions that used to be a feature of international relations, such as confidence-building measures, arms-reduction negotiations, public monitoring and inspection of each other’s military activity, are not what they once were.”

When it comes to sophisticated weapons, “worryingly, many of these systems are now in the hands of proxy states. No longer can we guarantee our freedom of action from air or sea and on land”, he said.

Looking to the future, Gen Carter said: “We will need to be clear in a post-Brexit world what role we want to play in the world – for example, is our ambition to be globally deployable or global? And what level of activity should we plan for? We have to find the right balance between ‘fight tonight’ and ‘fight tomorrow’, as this is essential for the long-term sustainability of our armed forces.”

The government’s Modernising Defence Programme, due to be made public soon, said Gen Carter, has sought to address the challenges. “We need to mobilise to meet today’s threats; we must modernise to meet future threats; and we must transform ourselves to become the agile and adaptive organisation that the future demands,” he said.