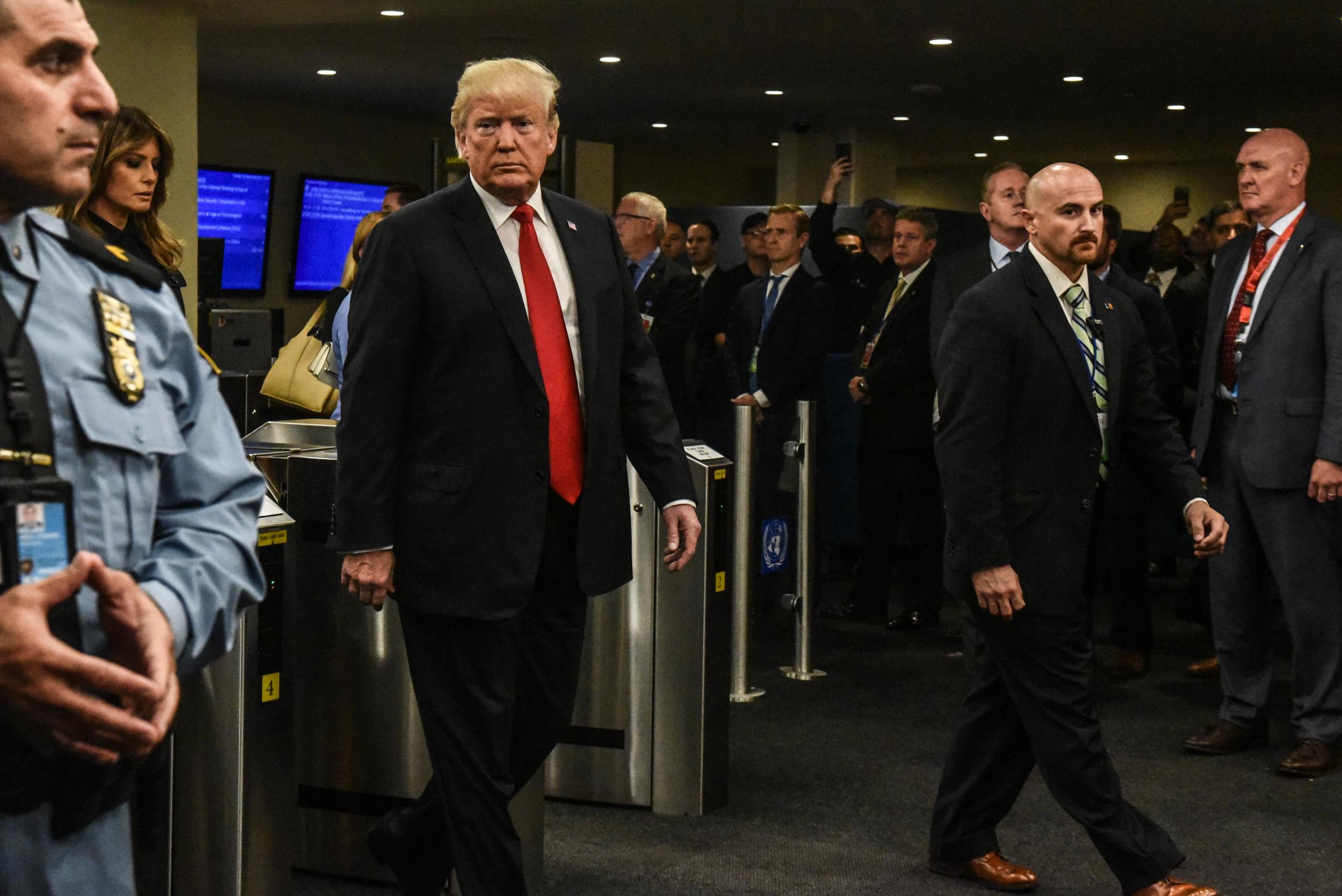 Donald Trump has threatened to only provide foreign aid to America’s friends – an insight into the apparently transactional nature with which he views such assistance.

In his second address to the United National General Assembly in New York, in a speech heavy on notions of “America First”, the president said he had ordered secretary of state Mike Pompeo to review the US’s foreign aid contributions.

“The United States is the world’s largest giver in the world, by far, of foreign aid. But few give anything to us. That is why we are taking a hard look at US foreign assistance,” said the leader of the word’s second largest economy. “That will be headed up by secretary of state Mike Pompeo. We will examine what is working, what is not working, and whether the countries who receive our dollars and our protection also have our interests at heart.”


He added: “Moving forward, we are only going to give foreign aid to those who respect us and, frankly, are our friends. And we expect other countries to pay their fair share for the cost of their defence.”

The US is the largest donor of aid to other countries. The biggest recipients in 2018 were Israel ($3.1bn), Egypt ($1.39bn) and Jordan $1bn), according to The Borgen Project, a group that works to fight global poverty.

The Trump administration has never hidden from its belief that foreign aid should only to to countries that provide something in return, including support for US positions at the UN.

Last December, after UN members voted to criticise the US for unilaterally recognising Jerusalem as the capital of Israel and moving its embassy there, the US’s UN envoy Nikki Haley tweeted the US “will be taking names” of countries who voted against it.

“At the UN we’re always asked to do more & give more. So, when we make a decision, at the will of the American ppl, abt where to locate OUR embassy, we don’t expect those we’ve helped to target us. On Thurs there’ll be a vote criticising our choice. The US will be taking names,” she added.

In April, she said the US paid 22 per cent of the the UN budget – more than the next three highest donor countries combined. “In spite of this generosity, the rest of the UN voted with us only 31 per cent of the time, a lower rate than in 2016,” she said.

“When we arrived at the UN last year, we said we would be taking names, and this list of voting records speaks for itself. President Trump wants to ensure that our foreign assistance dollars – the most generous in the world – always serve American interests, and we look forward to helping him see that the American people are no longer taken for granted.”

On Tuesday, Mr Trump’s comments, during a speech in which he said he favoured “patriotism” over globalism, were criticised. Abby Maxman, President of Oxfam America, said while Mr Trump’s boasting may have elicited laughter in the room, “these stakes are no laughing matter”.

“With more people displaced than ever before, and as humanitarian crises and extreme weather events strain resources and diplomacy, this is not the time for America to turn further inwards,” she said.

“Today, President Trump doubled down on his administration’s narrow and defensive approach to international relations at the UN, seeking only to work with nations whose leaders agree with him, instead of demonstrating true leadership and addressing the needs of the most vulnerable people around the world.”

She added: “US foreign assistance is not the president’s personal charity. It is from the American people and an expression of our values that is meant to transcend politics and petty grudges.