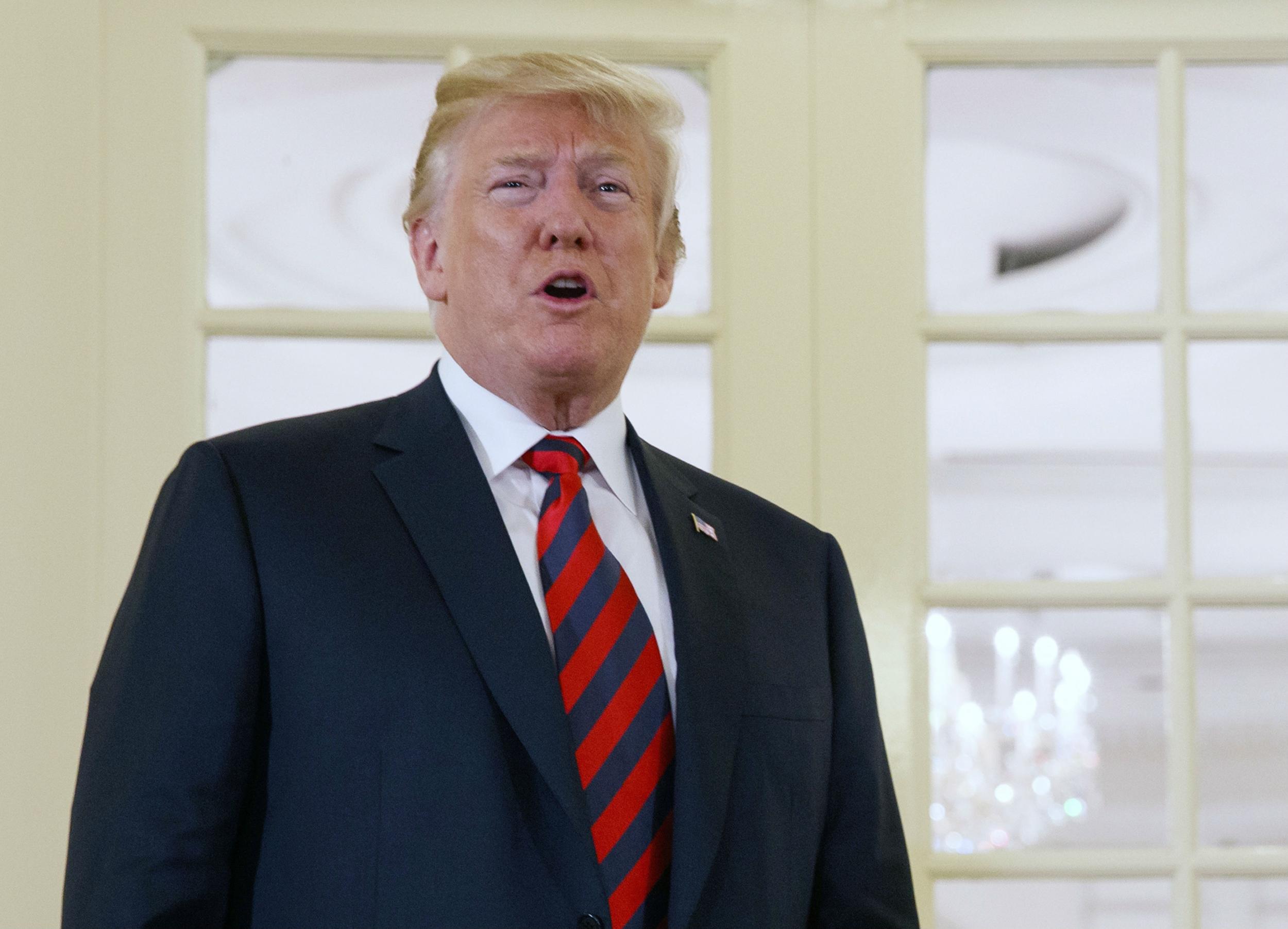 When Ronald Reagan met Mikhail Gorbachev in their landmark 1985 summit, the US president used a bit of crafty gamesmanship to get an early advantage.

Though a stiff wind was blowing off Lake Geneva, Reagan’s aides decided the US president should greet Mr Gorbachev without an overcoat. The Soviet leader – who appeared wearing a thick coat and scarf – was 24 years younger than Reagan, but the American had scored a powerful point about their perceived relative strength and vigour; when they held their second session of the summit, Mr Gorbachev also did without a coat.

As Donald Trump and Kim Jong-un were making final preparations for their Tuesday encounter, it was not clear whether either will bother with an overcoat. Singapore is famously hot and humid, but because it is so sticky here, the air conditioning inside buildings tends to be fierce. Either way, the US president has said he intends to take on Mr Kim – 37 years his younger – man-to-man, Ronald Reagan-style, meeting him for their first session with nobody present but their translators. Reports suggest that meeting could last two hours.

Trump says ‘excitement in the air’ as Singapore summit gets underway


It was precisely this same approach employed by the US and Soviet leaders 33 years ago, in a meeting that some have likened this current summit to, in terms of its possible significance. Scheduled for just 15 minutes, that meeting stretched to more than an hour, “leaving half a dozen advisers from each side to wait in an ornate salon”.

Experts say there are many differences between the events and the people involved, but there are also similarities. Just as in Geneva, experts say the personal chemistry the two leaders manage to develop will be more important than anything in deciding whether a genuine peace progress goes forward.

William Taubman, the Pulitzer-winning author of Gorbachev: His Life and Times, said Mr Trump would have to use all his charm. “He can be charming, sometimes,” Mr Taubman told The Independent, speaking from Amherst College, Massachusetts.

With the two leaders having flown into Singapore on Sunday, aides of Mr Trump and Mr Kim talked on Monday morning to try and make as much progress as possible on details, before the two leaders meet.

Mr Trump has said he will know “within minutes” if he can trust Mr Kim. (George W Bush made a positive, snap assessment of Vladimir Putin in 2001, saying in comments he would later regret, that he “saw his soul”.)

It has long been clear that there is a considerable difference of opinion between the two sides as to what “complete, verifiable, irreversible disarmament” means.

While some in the Trump administration believe North Korea should immediately scrap its weapons, there is little likelihood of it happening quickly and without getting something considerable in exchange.

Yet in what may be an insight into the shift in North Korean thinking, its state-run KCNA news agency said the two sides would exchange “wide-ranging and profound views” to re-set relations. It heralded the summit as part of a “changed era”.

Donald Trump, who on Monday morning visited Singapore’s prime minister Lee Hsien Loong for lunch, started the day by tweeting: “Great to be in Singapore, excitement in the air.”

He later told his Singaporean host: “We’ve got a very interesting meeting in particular tomorrow, and I think things can work out very nicely.”

He added: “We do appreciate your hospitality, your professionalism, and your friendship.”

US Secretary of State Mike Pompeo, who held secret talks with Mr Kim to secure the summit, said in a tweet that Washington was “committed to the complete, verifiable, irreversible denuclearisation of the Korean peninsula”.

Many experts on North Korea, one of the most insular and unpredictable countries in the world, remain sceptical Mr Kim will ever completely abandon its nuclear weapons. They believe Mr Kim’s latest engagement is aimed at getting the United States to ease the crippling sanctions that have squeezed the impoverished country.

“The White House apparently has not convened a Cabinet-level meeting, as Trump continues to eschew the traditional decision-making processes, which had been designed to ensure a whole-of-government approach to national security problems,” Jung H Pak, a Korea expert at Brookings wrote recently.

“These are worrisome developments because when Trump goes into that room with Kim, there will be few guardrails to check his assumptions about what Kim wants and what Trump himself can deliver.”

Indeed, some have pointed out that while no sitting US president has sat down with a North Korean leader, Pyongyang has twice previously appeared ready to give up its nuclear programme in exchange for the easing of sanctions, most importantly in 1994 and 2003, only for it to back away.

Mr Trump has bragged that he intended to do only minimal preparation for the summit. However, his administration insists all bases are covered. Reuters quoted one US official as saying: “We will not be surprised by any scenario.”

Residents of Singapore, a former British colony that gleams with new buildings and shopping malls but which is listed at 151 on the press freedom index published annually by Reporters without Borders, appear proud of their role in hosting the summit.

Close to the St Regis hotel, where Mr Kim is staying, Stacey Tay, a paediatrician out walking, said she felt pride in her nation’s ability to pull it tougher so quickly. “We are able to do this and contribute,” she said.

Magdalena Sanguinetti, who has lived in Singapore for three years, said it would help raise the international profile of a country of just 5.5m people. “It’s a sign that this country is capable of putting on an event like this,” she said.

The summit is being held in the luxury Capella hotel, designed by British architect Norman Foster and located on the island of Sentosa, half a mile by causeway or cable car.

The hotel itself was under tight security. But at the nearby Universal Studios Singapore, families were busy enjoying their day. Some were aware of the historic meeting due to take place just a few hundred metres away.

“It’s a coincidence that we came here on holiday while the summit is happening,” said Alvin Gaspar, 45, a telecommunications worker from the Philippines.

“But we are interested to see what they can do. The impact of this is not just on North Korea, but the entire world.”