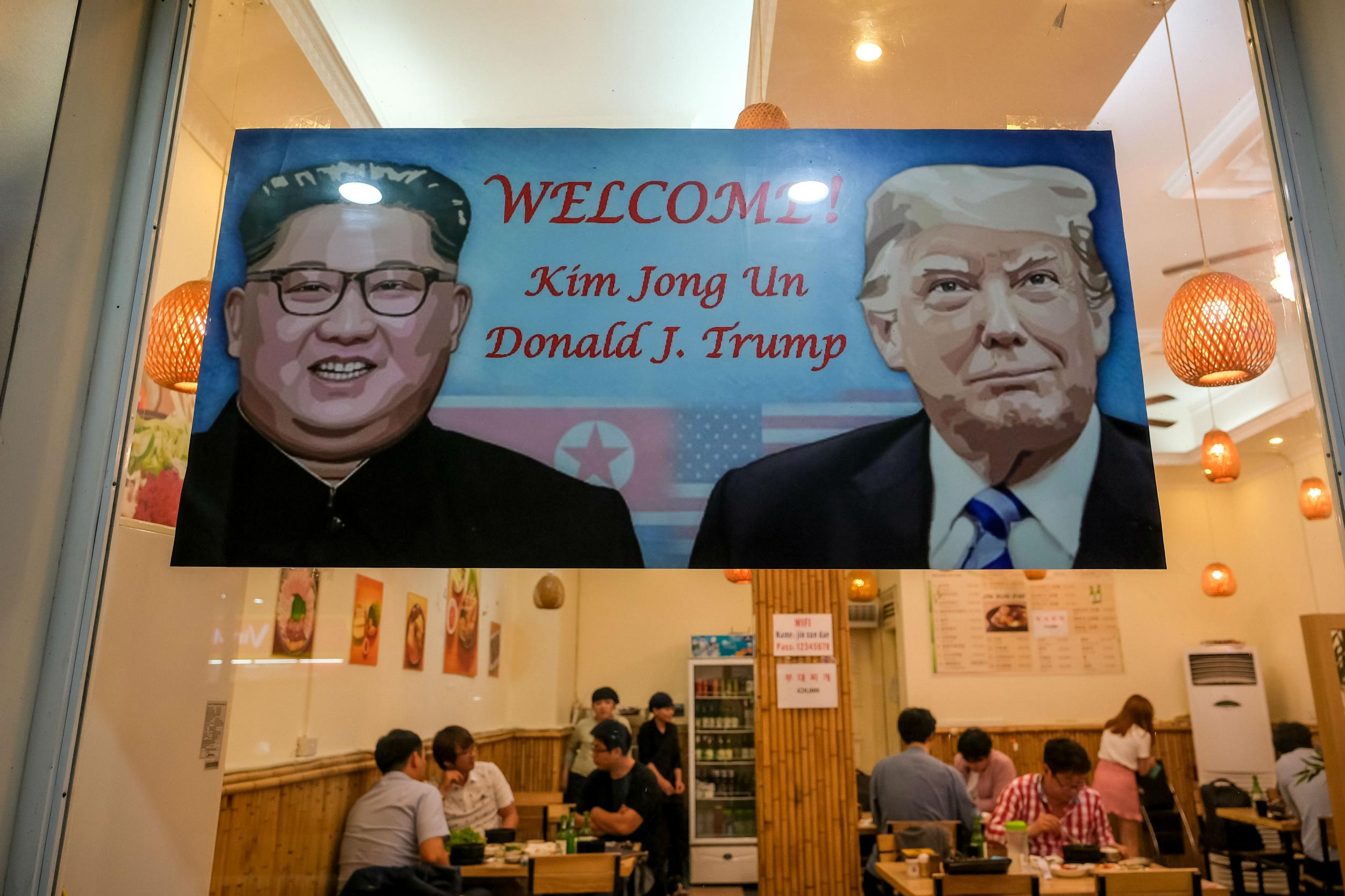 Donald Trump has described Kim Jong-un, the leader of a country said to be responsible for some of the world’s worst human rights abuses, as his “friend”.

In a tweet from Hanoi ahead of his second meeting with the North Korean leader, Mr Trump said their host country was thriving economically, and that North Korea could as well.

“Vietnam is thriving like few places on earth. North Korea would be the same, and very quickly, if it would denuclearise,” he wrote.

“The potential is AWESOME, a great opportunity, like almost none other in history, for my friend Kim Jong-un. We will know fairly soon – Very Interesting!”

Mr Trump’s comments – posted shortly before he left his hotel for meetings with Vietnam’s prime minister and president – came as human rights activists urged the US president not to ignore Mr Kim’s record.

“North Korea is arguably the worst human rights abusing government in the world today so any dialogue with Kim Jong-un should not leave rights off the table,” said Phil Robertson, deputy Asia director of Human Rights Watch.

“Pyongyang wants to be brought in from the cold by the international community but there can be no glossing over the DPRK’s widespread use of forced and child labour, systemic suppression of free expression and civil society, and gulags holding tens of thousands in the mountains.”

Mr Robertson said that real progress at the summit would require reform in North Korea. Yet he questioned how the US would be able to gauge Pyongyang’s commitment without raising tough questions beyond its narrow agenda that is focused on denuclearisation on the North Korea peninsula.

“Pushing human rights on to the summit agenda is both the right thing to do, and the smart thing to do — and remains critical to building a sustained, comprehensive dialogue with North Korea,” he said.

President Trump and Mr Kim are expected to meet for the first time in Vietnam for dinner on Wednesday night.

But the US leader will first sit down with his hosts, Vietnam’s Prime Minister Nguyen Xuan Phuc and President Nguyen Phu Trong.

Mr Trump will hold a bilateral meeting with President Nguyen before lunch, and then meet with the prime minister afterwards.

His references to “thriving” Vietnam point to the country’s strong recent economic growth. Its economy has surged since it and the US normalised ties in 1995, leading the World Bank to refer to it as “one of the most dynamic emerging countries in the East Asia region”.