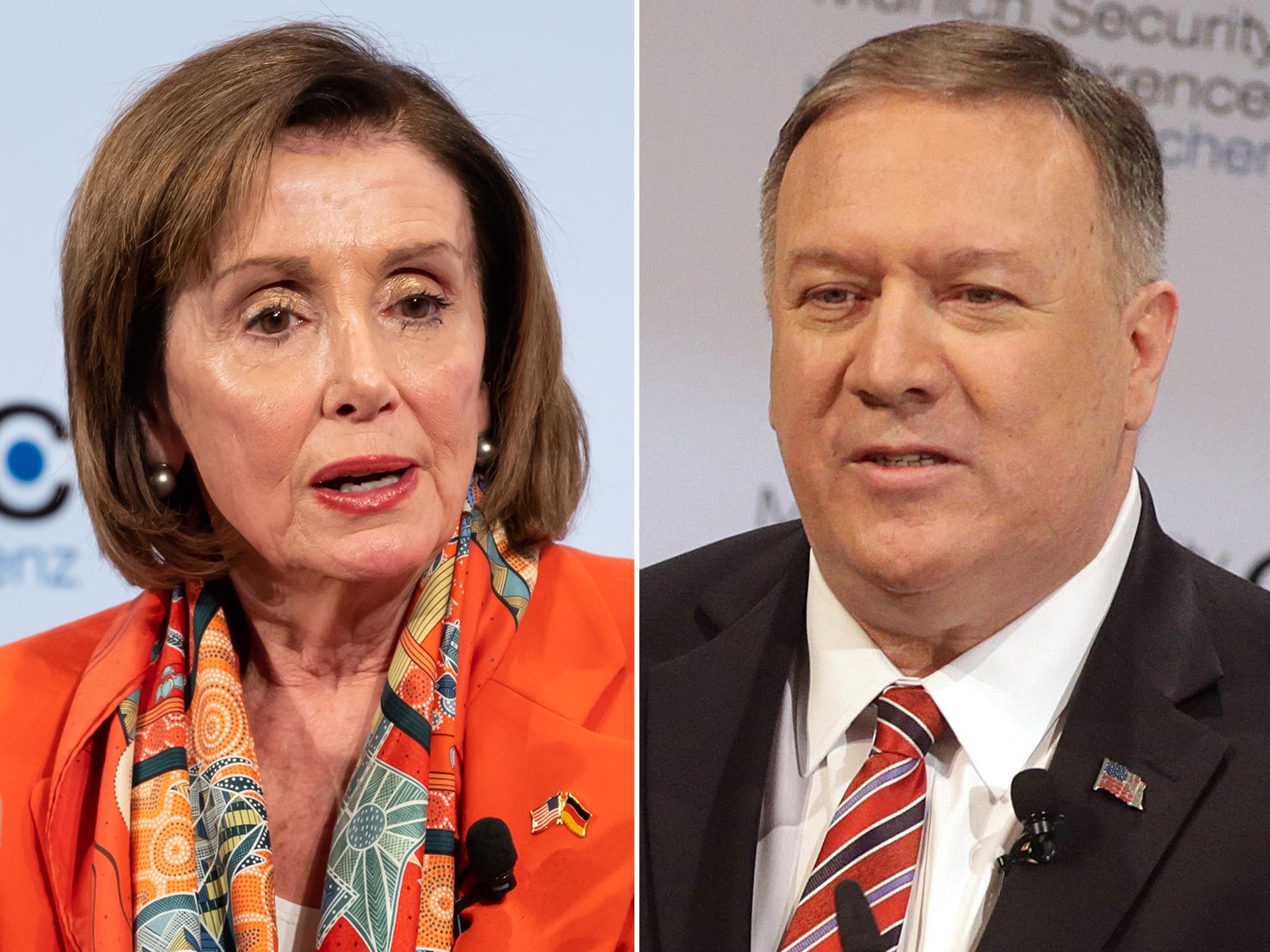 The campaign to stop Britain and other European states allowing the Chinese telecommunications company Huawei into their 5G networks was the focal point of US efforts at a leading international security forum.

High-ranking members of the Trump administration took turns to warn the UK in particular, and other Nato members, about risks to intelligence sharing with America if they allowed the multinational into their communication system.

In a rare show of unanimity in the current bitter partisan politics in Washington, Nancy Pelosi, the Democrat speaker of the House of Representatives, told the Munich Security Conference that letting Huawei into the British and European networks would be choosing “autocracy over democracy”.

Speaking of the company’s links to China’s communist party, she continued: “This is the most insidious form of aggression, to have that line of communication, 5G, dominated by a government that does not share our values.”

The intervention by one of the most senior figures in her party, who is at constant loggerheads with Donald Trump, was presented as a message that the American position on the issue would remain firm even if the Democrats win this year’s presidential election.

Lindsey Graham, the Republican senator, said: “Nancy Pelosi and Donald Trump are not going to have many dinners together, but if you ask them about the British purchase of Huawei they will give you the same answer. We are very firm in our commitment – Republicans and Democrats – that if you go down the Huawei road you are going to burn a lot of bridges.”

Dissension over Huawei has not just affected UK’s relations with the US. According to Australian media, the British high commissioner to Canberra wrote to the heads of two federal parliamentary committees following leaks of conversations with Dominic Raab during the British foreign secretary’s recent visit to the country.

Australia, a member of the Five Eyes intelligence-sharing network with the US, UK, Canada and New Zealand, has barred Huawei from its 5G network and some politicians have expressed concern about information sharing.

According to the Sydney Morning Herald, in the meeting with Mr Raab, Anthony Byrne, the deputy chair of Australia’s intelligence committee, said that allowing China to build the UK’s 5G telecoms infrastructure was equivalent to letting Russia construct it. “How would you feel if the Russians laid down infrastructure in your own networks? That’s how we feel about Huawei,” Mr Byrne was quoted as telling the foreign secretary.

The high commissioner’s letter resulted, it is claimed, in the Australian parliament’s intelligence and security committee cancelling a planned visit to London.

There were no UK government ministers present to give London’s view at the Munich conference, a prestigious gathering described as a “Davos for defence”. Ben Wallace, the defence secretary, suddenly pulled out from coming. Sir Alex Younger, the head of MI6, also cancelled his appearance at a late stage. Downing Street denied instructing the two men not to attend.

Carl Bildt, the former Swedish prime minister, tweeted: “The one nation that is only completely absent from MSC2020 [Munich Security Conference 2020] is the UK. Very strange, minsters were supposed to come, but then everyone withdrew. Has ‘Global Britain’ gone completely introvert?”

China’s foreign minister Wang Yi sought to refute the allegations against Huawei and wider charges of infiltration and aggression by his country from the US as “lies and smears”. He asked European states not to give in to “bullying” and allow the Chinese company a “level playing field” which will be the “fair thing to do and consistent with market rules”.

Mike Pompeo, the US secretary of state, described Huawei as a “Trojan horse for Chinese intelligence”. He wanted to stress that Nato members using the Chinese company’s equipment in their telecommunications systems may jeopardise military and intelligence relationships.

Mark Esper, the US defence secretary, stated: “We are very concerned about Chinese technology getting into our systems or the systems of our allies. Huawei is the poster child for that right now.”

He added that he was “not yet able to digest what the UK proposes” to counteract any harmful influence from Huawei. But he cautioned: “When you step one step forward you can take two steps back.”

Mr Esper said the US wanted to work with European partners to develop alternatives to Huawei.

“We are encouraging allied and US tech companies to develop alternative 5G solutions and we are working alongside them to test these technologies at our military bases as we speak. Developing our own secure 5G networks will outweigh any perceived gains from partnering with heavily subsidised Chinese providers that answer to party leadership,” he said.