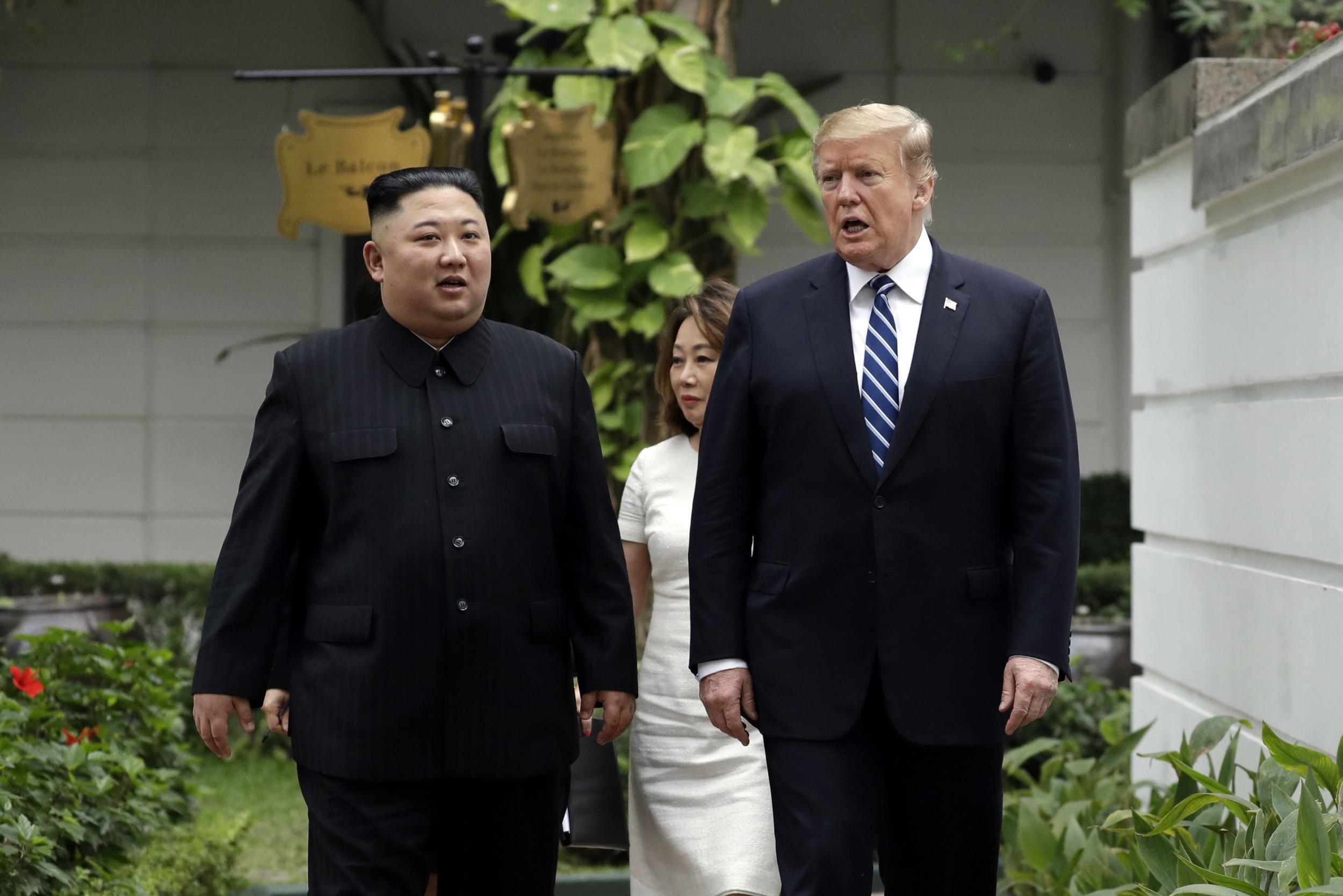 North Korean leader Kim Jong-un has answered what is believed to have been his first question from a Western reporter – declaring he was “not pessimistic” about the chances of the peace talks with the US.

Sitting with Donald Trump at Hanoi’s Hotel Metropole for their second day of talks, Mr Kim said he realised that for people watching around the world, the two leaders sitting side by side must resemble “a fantasy movie”.

For his part, Mr Trump sought to again temper any expectations of any substantial or rapid agreement between the two countries.

If anything, Mr Kim appeared more optimistic. In what was believed to be his first interaction with a Western journalist, the 35-year-old was asked if he was confident about securing a deal with Mr Trump.

Speaking through a translator, he replied “It’s too early to say. I would not say I’m pessimistic.”

While Mr Trump held a press conference at the conclusion of last June summit in Singapore at which he claimed the agreement with Mr Kim – modest, with few details and vague on timings – was a genuine breakthrough, his counterpart did not.

The fact he was willing to engage with the foreign media, and his positive, relaxed body language, was taken by some as a positive sign of what the two men might secure from the meeting.

Mr Trump told reporters that “a lot of great ideas were being thrown about”.

According to CNN, he said: “When you have a good relationship, a lot of good things happen.”

He said while the two sides were going to have “fantastic success”, he could not speak to what the results of Thursday’s summit might be.

He said: “I’m sure over the years we’ll be together a lot.”