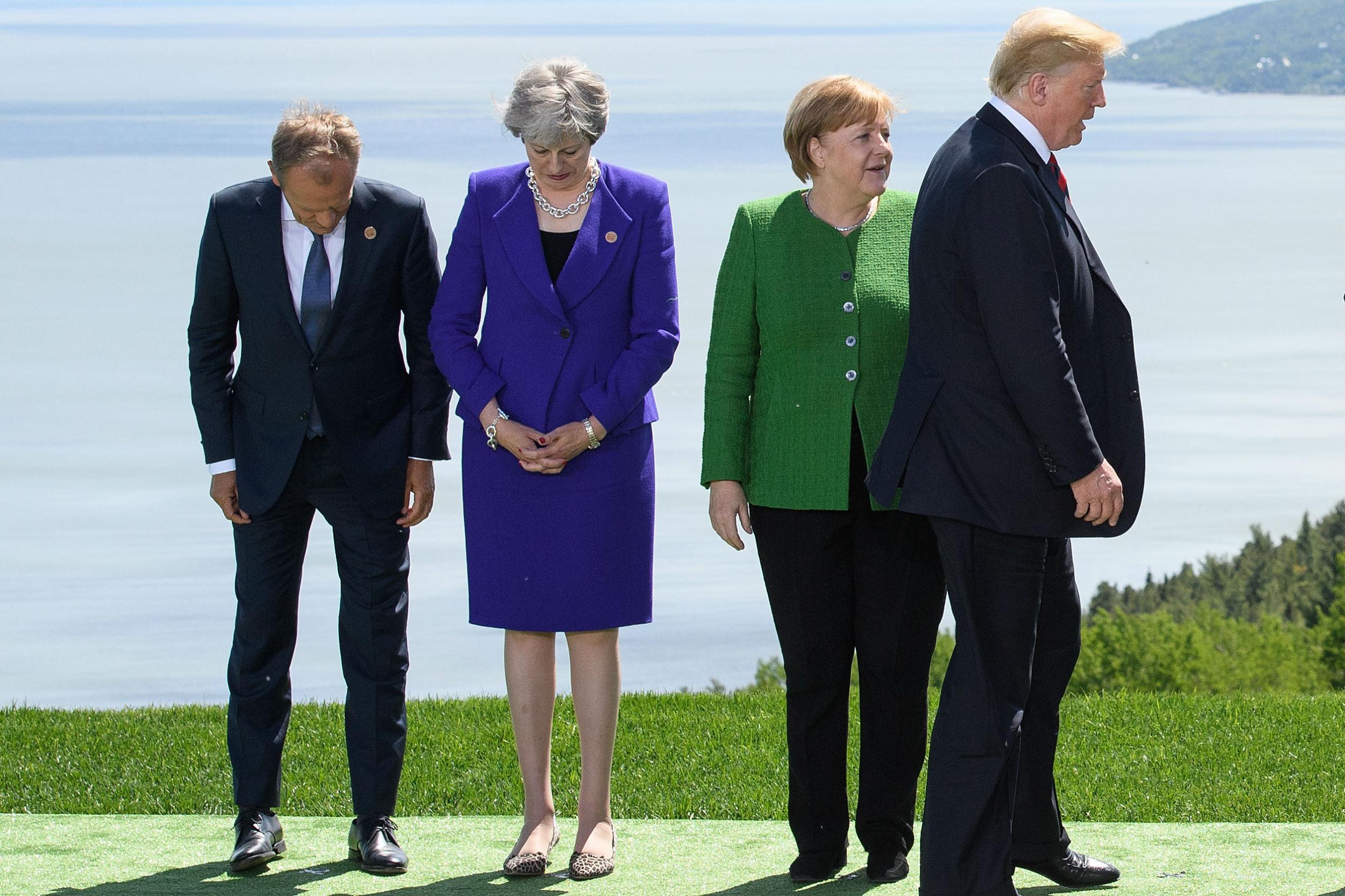 Donald Trump is undermining the global order the US helped create, a top EU official has claimed.

At a G7 summit already marked by mistrust and bad feeling, Donald Tusk, president of the European Commission, said the “rules-based international order is being challenged”.

He added: “Not by the usual suspects, but by its main architect and guarantor, the US We will not stop trying to convince our American friends and President Trump that undermining this order makes no sense at all, because it would only play into the hands of those who seek a new, post-West order, where liberal democracy and fundamental freedoms would cease to exist.”


Mr Tusk spoke at La Malabie, Quebec, just hours after Mr Trump had suggested Russia should be reinstated to the group, a proposal that was rejected out of hand by almost everybody, including Russia.

Mr Tusk’s remarks came amid heightened conflict between Mr Trump and other members of the G7 over trade, climate change and the Iran nuclear deal. Canada and the EU had been lobbying Washington to exempt them from the tariffs on steel and aluminium imports that Mr Trump announced earlier this year.

On Thursday, French President Emmanuel Macron delivered what was interpreted as a direct rebuke to Mr Trump, saying no leader “is forever”.

“The six countries of the G7 without the United States are a bigger market taken together than the American market,” Mr Macron said, according to Reuters, during a joint press conference with Canadian Prime Minister Justin Trudeau in Ottawa “There will be no world hegemony if we know how to organise ourselves. And we don’t want there to be one.”

Mr Trump responded on Twitter, saying: “Please tell Prime Minister Trudeau and President Macron that they are charging the US massive tariffs and create non-monetary barriers. The EU trade surplus with the US is $151bn and Canada keeps our farmers and others out. Look forward to seeing them tomorrow.”

Mr Trump, who routinely appears to enjoy antagonising leaders and nations that have traditionally been considered US allies, had started the say in Washington, telling reporters that Russia ought to be at the meeting. Its membership was suspended following the 2014 annexation of Crimea.

“Why are we having a meeting without Russia in the meeting?” he said. “They should let Russia come back in because we should have Russia at the negotiating table.”

German chancellor Angela Merkel said it was too soon to say whether the leaders gathered in Canada would issue a common communique, adding that they had not yet addressed trade and climate, two of the most sensitive issues.

“In my view it is important that we not agree on less than we achieved last year,” she told reporters.

On the issue of Russia redoing the group, she said: “Here, we all agreed that a return of Russia to the G7-format summits can’t happen until substantial progress has been made in connection with the problems with Ukraine. That was the common view.”