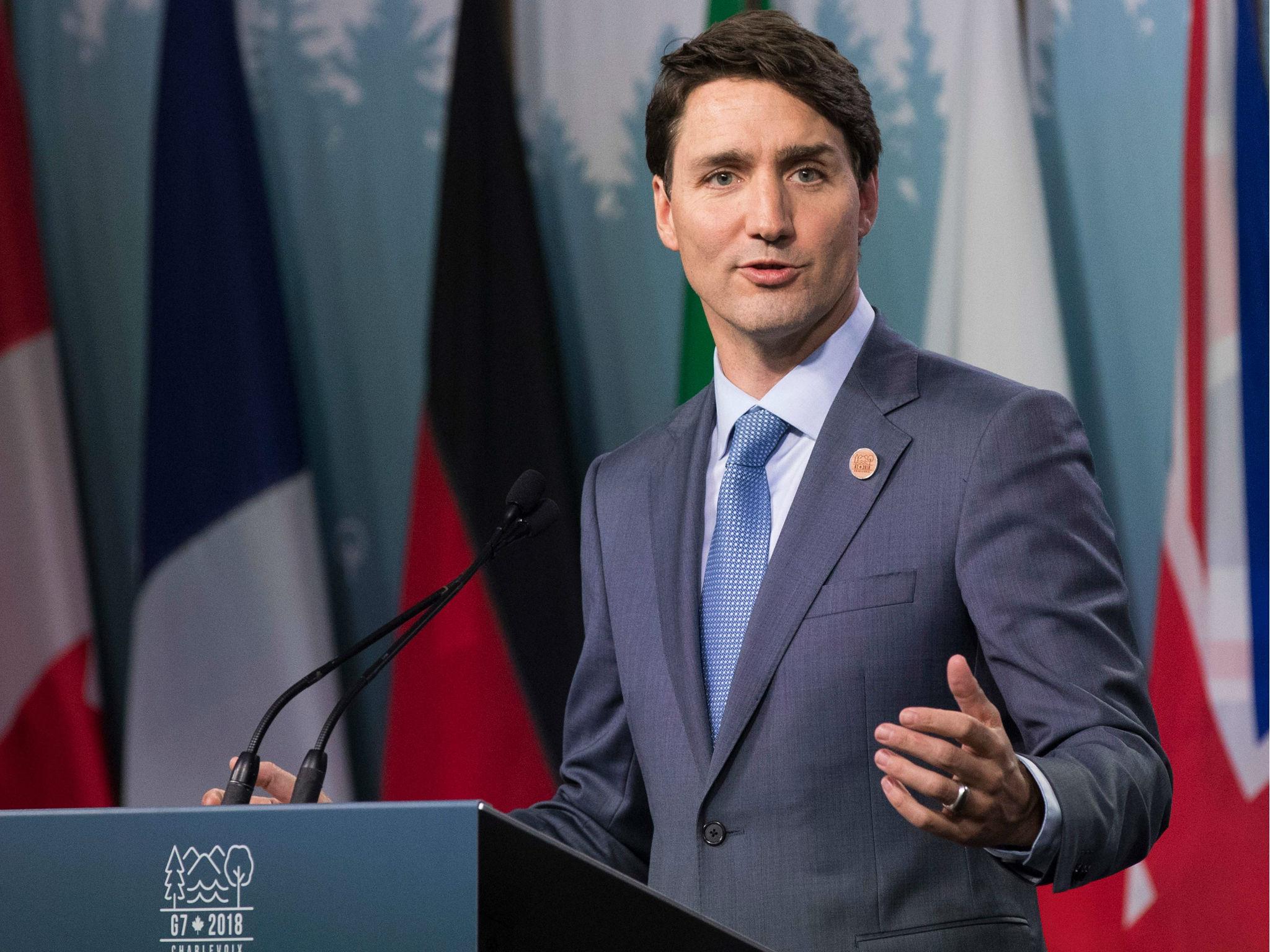 Donald Trump has rejected an agreement signed off by the leaders of countries at the G7 summit in Canada despite earlier having appeared to endorse the joint statement vowing to fight back against protectionism and pledging to follow established trade rules.

The joint statement between the leaders of US, France, Germany, the UK, Japan, Italy, and Canada comes after US President Donald Trump refused to back down from his decision to impose international tariffs on goods including steel and aluminium imports as a part of his so-called “America First” strategy.

The communique had been confirmed by Canadian Prime Minster Justin Trudeau, who conceded that Mr Trump’s tough talk on trade showed there was a lot of work to be done between the countries, but nevertheless portrayed the joint statement as a positive step towards international cooperation.


However, Mr Trump later tweeted that he had would not now endorse the communique due to “false statements” from the Canadian prime minister.

He wrote: “Based on Justin’s false statements at his news conference, and the fact that Canada is charging massive tariffs to our US farmers, workers and companies, I have instructed our US reps not to endorse the communique as we look at tariffs on automobiles flooding the US market!”

He added: “PM Justin Trudeau of Canada acted so meek and mild during our G7 meetings only to give a news conference after I left saying that, ‘US tariffs were kind of insulting’ and he ‘will not be pushed around.’ Very dishonest & weak. Our tariffs are in response to his of 270% on dairy!”

The document says that they “acknowledge free, fair, and mutually beneficial trade is a key engine for engine for growth and jobs”, and commits the G7 to modernise the World Trade Organisation (WTO).

Among the concerns the communique acknowledges are excesses of steel capacity, and of the danger of excesses in the development of aluminium and high technology. The group agreed that they need to evaluate international trade rules, and to develop new ones if necessary going forward to ensure an equal trading playing field.

The document also shows a commitment from members of the group to reduce plastic waste, though not all countries were willing to sign up for doing so, and just five countries ultimately agreed to the commitment.

Mr Trudeau’s announcement came after speculation that the group would have a difficult time finding consensus, and the leaders of the countries had squabbled in the days before the summit.

Also days before the summit, negotiators at the summit told media that the lack of consensus was rare for the yearly grouping, and that the broad outlines of agreements are usually squared away before the leaders of the country land in the host country of the summit.

When it comes to Russia — which was expelled from the group after it annexed the Crimean peninsula — the communique notes that further measures to punish the country are possible going forward if desired actions are not undertaken by the country.

Mr Trump, in another break from his international partners, suggested at the summit that Russia should be allowed to come back into the group, even though the country still controls the peninsula.