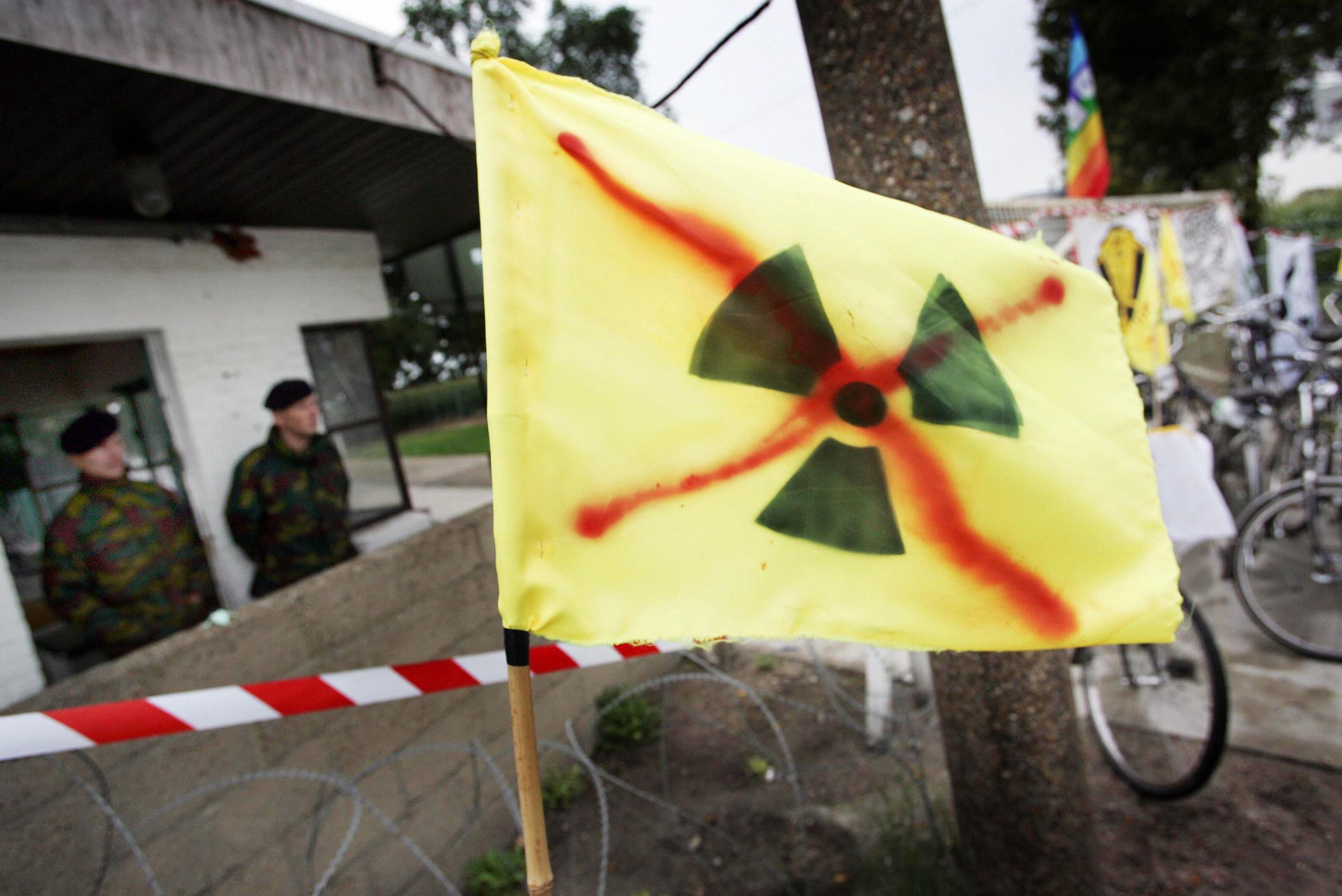 Three Green MEPs, including one from the UK, have been arrested after breaking into a Belgian military airbase to protest against the stockpiling of US nuclear weapons there.

The MEPs, Molly Scott Cato from the UK, Michèle Rivasi from France, and Tilly Metz from Luxembourg, scaled the 3.5-metre perimeter fence at Kleine Brogel airbase in the country’s Flemish northeast.

They blocked the base’s runway holding a large banner which read: “Europe free of nuclear weapons”, before they were detained.

“I have been arrested for breaking into a Belgian military airbase to protest against the stockpiling of American nuclear bombs,” Ms Scott Cato tweeted after the action.

Another Green MEP, Austrian representative Thomas Waitz, was also arrested as part of a dozen-strong demonstration outside the base, organised by peace campaigners.

In a statement written ahead of the protest, Ms Scott Cato MEP said: “Our action is intended to challenge EU countries to remove US nuclear weapons from European soil.

“Each B61 bomb is 23 times more powerful than the bomb that devastated Hiroshima. These apocalyptic weapons should find no home in Europe.

“We demand that Europe’s nuclear nations immediately sign up to the landmark global Treaty on the Prohibition of Nuclear Weapons and begin the process of decommissioning their nuclear arsenals.

“Nuclear weapons are obsolete in an era of asymmetric warfare and cyber warfare and have no place in a European defence policy for the 21st century. Britain and France have ignored their obligations under the Treaty on the Non-Proliferation of Nuclear Weapons for far too long.”

Kleine Brogel airbase is home to Belgium’s 10th Tactical Wing, which operates US-built aircraft capable of delivering nuclear weapons. It is also home to a US munitions support squadron, which is thought to maintain the nuclear weapons at the base.

The French MEP Ms Rivasi said: “We are demanding the withdrawal of nuclear bombs at Kleine Brogel and also from Italy, Germany and the Netherlands. We urge all EU member states to sign and ratify the treaty prohibiting nuclear weapons. Our first objective is a Europe without nuclear arms.”

Earlier this month, Donald Trump pulled the US out of the 1987 Intermediate-range Nuclear Forces (INF) treaty, which restricts some nuclear weapons. Activists warned of the possibility of a new nuclear arms race, while the US accuses Russia of violating the treaty.

“We are in desperate need for a new era of diplomacy,” she added. “The British government could lead the way by supporting efforts to rescue the INF treaty and fully engaging with the UN’s treaty on the prohibition of nuclear weapons.

“Our country is in a strong position to demonstrate how the nuclear states can work together to reduce and abolish nuclear weapons. The alternative is to sit back while the US president tears up all restraints on nuclear weapons and rapidly moves the world closer to nuclear war.”

The protest by the MEPs, which has made headlines in Belgium, comes in the context of the Belgian Greens making significant gains in October’s Belgian local elections. They are expected to do well in the country’s coming federal elections scheduled for May of this year.

Ms Scott Cato is far from the first Green politician from the UK to be arrested for direct action. In August 2013, Brighton Pavilion MP Caroline Lucas was arrested at a non-violent protest against fracking in Sussex. She was found not guilty of obstructing a public highway the next year.

Baroness (Jenny) Jones, who was at the time the deputy chair of the London Assembly’s police and crime committee, was arrested at an Occupy London protest in 2014. She was later de-arrested, according to reports at the time.