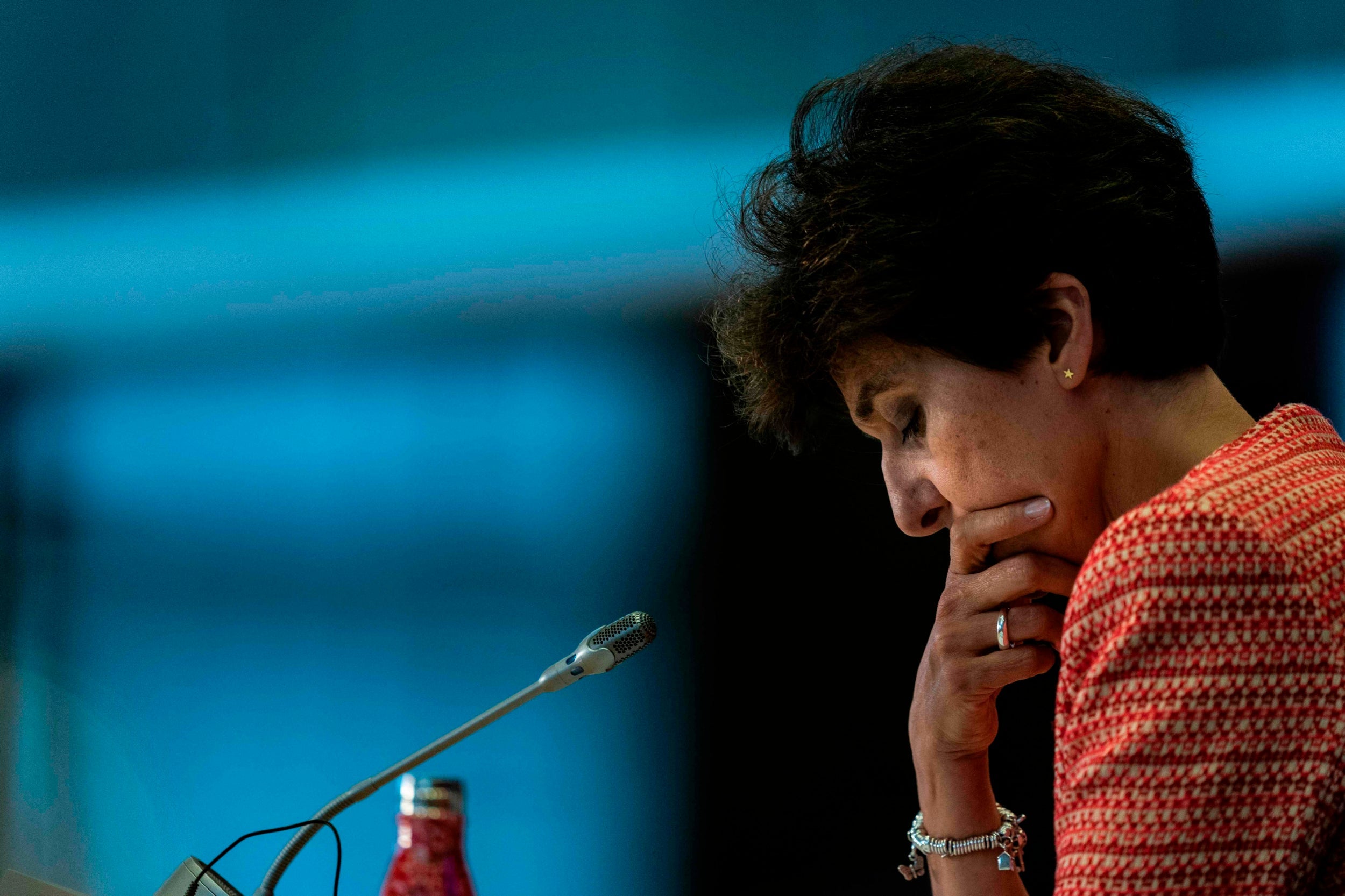 France‘s pick for EU commissioner has been blocked by MEPs, dealing a major blow to Emmanuel Macron’s political ambitions in Brussels.

Sylvie Goulard was rejected in a secret ballot by the European Parliament‘s internal market and industry committees by 82 votes to 29, with one abstention.

The commissioner designate, who needed a simple majority to be confirmed, had faced two difficult hearings before MEPs on the committees where she was criticised for giving vague answers.

She had faced scrutiny over allegations that as an MEP she had used her European Parliament assistant for political work, which is banned under EU rules.

Questions were also raised over her work for the US think-tank Berggruen, and whether she might disclose information to her American employer during the course of her work as Commissioner.

Another factor raised in hearings was whether Ms Goulard portfolio was too broad: it had been planned to encompass industrial policy, defence and technology.

The former Liberal MEP’s rejection represents a flexing of the European Parliament’s muscles after it was effectively ignored by EU national leaders when it came to the question of picking the next European Commission president.

European Commission president designate Ursula von der Leyen was put before the parliament despite MEPs saying a candidate for president had to have at least campaigned in the European elections.

The legislature’s political groups had even dropped an earlier stipulation that only pre-designated “lead candidates” could be nominees for Commission president – but were still ignored. Despite this, they confirmed Ms Von der Leyen, though by a narrow margin.

Other than the French candidate, the parliament has also asserted itself in recent weeks by blocking the Hungarian and Romanian candidates for EU commissioner.

Rovana Plumb, nominated for the transport portfolio, and Laszlo Trocsanyi, nominated to be enlargement commissioner, were barred at the first stage by the parliament’s legal affairs committee in late September over alleged conflicts of interest.

France, Romania, and Hungary now have to pick replacement candidates to be their commissioner who are more amenable to MEPs. MEPs are directly elected by the 28 member states every five years at the EU elections, the most recent of which were in May.

Each EU member state gets to appoint one commissioner, though once they are in office they are bound serve the interests of the EU as a whole rather than their home member states.

The latest decision is not the first major blow Emmanuel Macron has faced this year in Brussels.

In June his pick to lead the new liberal group in the European Parliament, Nathalie Loiseau, was forced to quit the race after she insulted and alienated her allies in an off-the-record briefing.

Boris Johnson has said the UK will not be nominating a commissioner to replace its current one, Julian King, who manages the security portfolio.