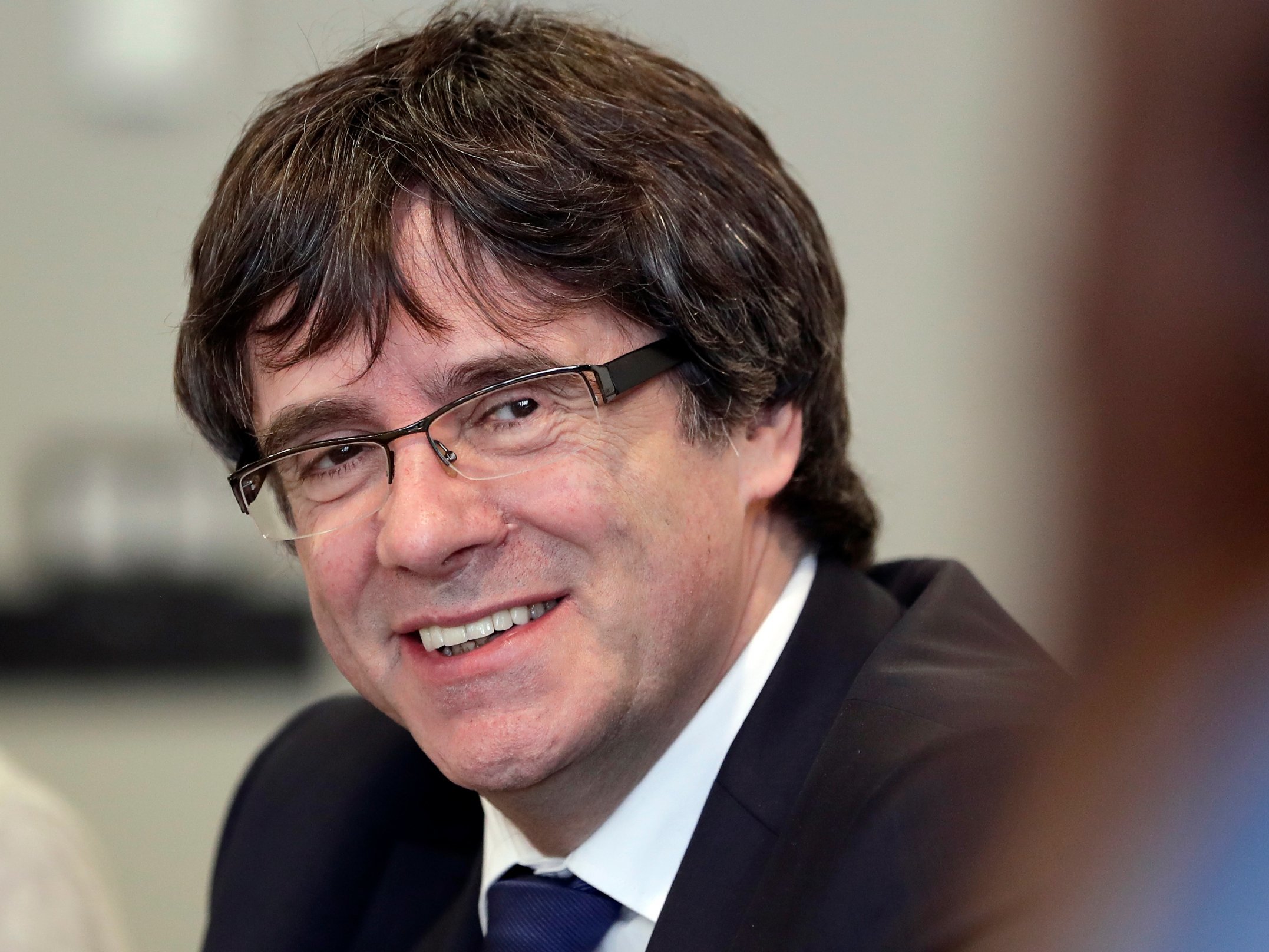 Spain’s highest court has voided a ban on Catalonia’s pro-independence former leader from standing in the European parliament elections.

Officials at Spain’s electoral commission had said Carles Puigdemont and two other Catalan separatist politicians could not stand because they were not resident in Spain.

The decision is significant because it might allow Mr Puigdemont and his colleagues to ultimately return to Spain under the protection of European parliament legal immunity, if they are elected.

The politicians fled the country on charges of rebellion for their role in Catalonia’s abortive October 2017 unilateral declaration of independence, which was declared illegal by Spanish courts.

The commission had originally imposed the ban after a complaint was raised by two right-of-centre parties, the former governing Partido Popular and the liberal Spanish nationalists Citizens.

But in a unanimous decision over the bank holiday weekend the Supreme Court in Madrid said contesting an election was a “fundamental right” protected by the country’s constitution and that fleeing the country could not make a person ineligible as a candidate.

When he was selected as a candidate in March Mr Puigdemont had said: “It is time to take another step to internationalise the right to self-determination in Catalonia from the heart of Europe to the whole world.”

He and two other politicians, Toni Comín and Clara Ponsatí, are set to contest the elections for the pro-independence Lliures per Europa list.

MEPs receive parliamentary immunity under EU treaties while going about their duties – meaning that the candidates’ election could allow them to return to Spain without being arrested, if this interpretation is upheld.

However, candidates are not covered by this provision, meaning the trio will not be able to campaign in person in their home country without fear of arrest.

Mr Puigdemont said of the ruling that “there is very good legal work behind each victory achieved”.

Some pro-Catalan independence politicians did not flee the country, or returned – and are currently sitting in jail.

Left-wing separatist party ERC, which did well in the Spanish general election at the end of last month, said it wanted the dropping of cases against the politicians on the table in coalition talks with Pedro Sanchez’s socialist party.