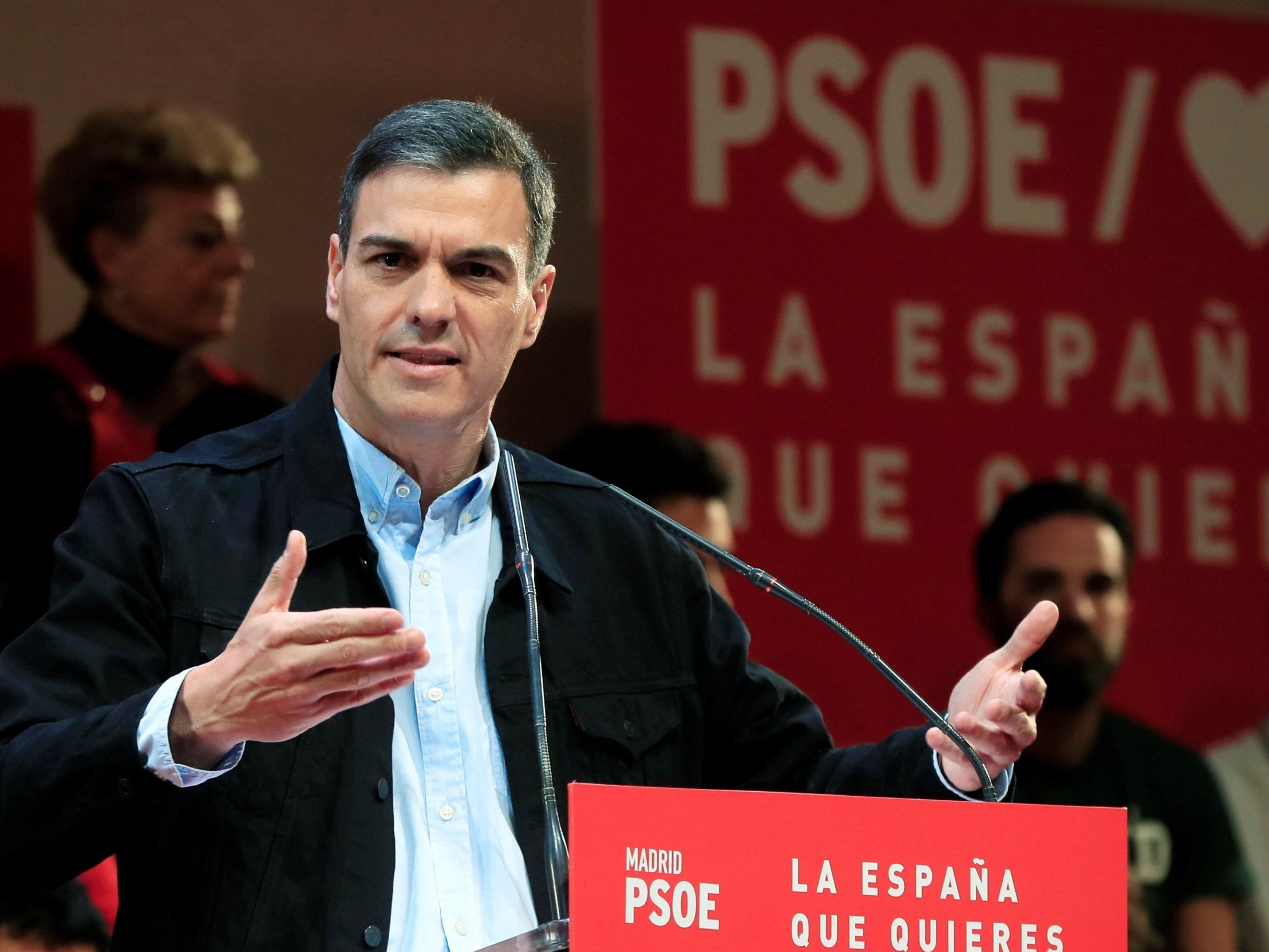 Spain’s prime minister Pedro Sanchez appears to be heading for re-election in a snap contest scheduled for next month, according to the latest polls.

The socialist leader’s PSOE party and its allies in parliament are set to get a small working majority of seats, according to two polls published at the start of the week.

He now leads a minority government with the support of left-wing parties like Podemos, and some regionalist and separatist groups – but razor-thin parliamentary maths has made it difficult for the government to pursue a legislative agenda – or even pass a budget.

The survey, conducted for Spain’s El Pais newspaper, shows the far-right Vox party entering parliament with 10 per cent of seats – mostly at the expense of the PP and populist liberal, anti-separatist party Ciudadanos.

Ciudadanos was riding high in the polls this time last year but its support has fallen back to lower levels – it is now polling 17.7 per cent, up from 13.1 per cent at the 2016 election.

Podemos and the other left-wing parties in is alliance are polling a collecting 12.3 per cent, down from 21.1 per cent at the last election. A chunk of the leftists’ support has moved to the centre-left PSOE.

A separate poll, for the ABC newspaper, shows PSOE even higher – with 30.9 per cent of the vote. That poll shows Mr Sanchez’s campaign going well, with his party up on previous polls and all his rivals down.

The snap general election is due to take place on 28 April and will be Spain’s fourth in the last 10 years. The country has had a tumultuous political decade as it grapples with the divisive issues of austerity and the question of Catalan independence.