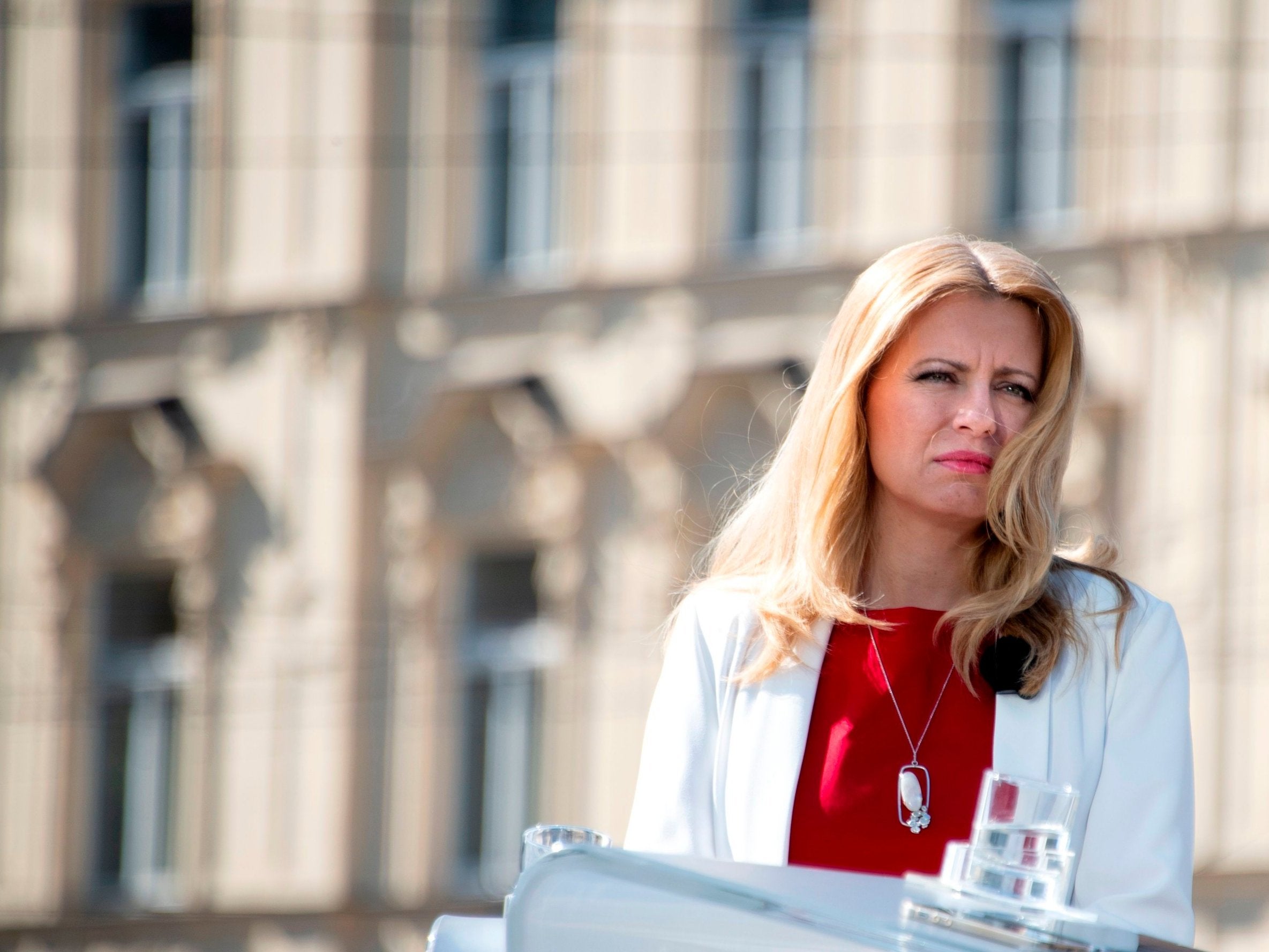 Zuzana Caputova had been battling to close a toxic landfill in her hometown, Pezinok, in Slovakia for years when she learned that the wife of her closest colleague had been stricken with an aggressive form of cancer. That same week, her godfather was told that he, too, had cancer. “Part of my personal motivation to get involved in this case is that I was scared of cancer,” she says. “And suddenly, in this week, the first week of June 2006, these two roles – the personal and professional – came together.”

That experience convinced Caputova that what counted most was doing her best to win the case and not to worry about the result, which she could not control. She did eventually win it before the European Court of Justice in 2013, and says she now plans to bring that same attitude to her new job.

On 31 March, Caputova, then a 45-year-old lawyer and political neophyte who had never held state office, became the first woman sworn in as president of Slovakia.

At her swearing-in ceremony in Bratislava, the capital, she vowed to continue to work for the forgotten and the dispossessed. “I offer my expertise, emotion and activism. I offer my mind, my heart and my hands,” she said. “I want to be the voice of those who are not heard.” Caputova rode a wave of public disgust with a political system rife with corruption to a victory widely seen as a rebuke of the illiberal and nativist strain of populism that has swept the European continent in recent years.

“I am happy not just for the result, but mainly that it is possible not to succumb to populism, to tell the truth, to raise interest without an aggressive vocabulary,” she told her supporters during her March victory speech.

Caputova is proudly European, supports minority rights and does not shy away from controversial stances, like her support for gay rights, including the adoption of children by same-sex couples. Significantly, she was able to do so in a way that many in this still deeply conservative country did not find threatening, perhaps offering a model for others.

“When I talked about these things, for me, this attitude is based on a value that I believe to be very conservative and Christian – empathy and respect for other people,” she says. “And, for me, this value leads to tolerance and respect.” By any measure, it has been a remarkable year in this small central European nation, which emerged from communist rule in 1989 and became independent in 1993, after a peaceful split with the Czech Republic.

The revolt against the governing party, Smer-SD, began after the murders of a young investigative reporter, Jan Kuciak, and his fiancee, Martina Kusnirova, in February 2018. Kuciak had been looking into the nexus between politicians and the Italian mob, the ’Ndrangheta. A prominent businessman, Marian Kocner, would later be charged with ordering his killing.

But that came only after hundreds of thousands of people filled the streets and town squares across the country, the largest protests since the 1989 Velvet Revolution. The protests brought down the government of the prime minister, Robert Fico, and paved the way for Caputova’s election a year later. But her ascension promises to be anything but smooth, as she is about to enter a political maelstrom that will test her skills and determination.

Fico’s Smer-SD party remains the dominant political force in the country, and the anger at the government that led many voters to embrace Caputova’s reformist vision has also emboldened the country’s far right, with avowed neo-Nazis winning seats in Slovakia’s parliament.

An unlikely supporter of Caputova is Ivan Kocner, the brother of the businessman charged with ordering Kuciak’s murder. His brother also had a stake in the landfill that Caputova fought to close and had once, not so subtly, threatened her. “I remember the first time we met, and her eyes grew wide,” Ivan Kocner, 48, recalls. “She knew I was Marian Kocner’s brother, and she did not have good experiences with the Kocners.”

By that time, around 2009, Caputova had won a reputation for helping people take on the authorities. Ivan Kocner had gone to her because the mayor of his small village was trying to sell public land to a political patron and he, along with others from the village, wanted it stopped. “Here is this group of angry men, very emotional,” he recalls. “And she took it all in calmly, got to the essence and then focused on what needed to be done to fix the problem.”

They prevailed. “She is not easily influenced or distracted by outside things,” he says. “It is going to take real effort to keep this part of herself.”

While Ivan Kocner became a documentary filmmaker, his brother surrounded himself with people who saw the country’s transition to democracy as a chance to get rich quick. Many of them would go on to become central figures in the organised crime world. Caputova, who was born in 1973, grew up thinking that communist rule could never last. “I remember how schizophrenic it felt,” she recalls. “To be talking with your friends honestly one moment and then having to hide your opinions with other groups.”

Then it all changed. Able for the first time to travel without a permit, her family visited Vienna during the Christmas season in 1989. “I can still remember the dazzling lights,” she says. When she entered college, she intended to study psychology. But she forgot to bring her paperwork and was rejected from the department. So she took up law instead.

While still in school, she worked as a legal assistant in the mayor’s office in Pezinok. “We had a feeling that we needed to care for something else than just ourselves and our studies,” she says. She volunteered to work with local children who had been neglected and abused. She left the mayor’s office in 1998, along with the heads of several other departments, after a disagreement with the administration.

Jaroslav Pavlovic, who has known her since she was a child, would go on to work with her at city hall and, later, joined in the landfill fight, says he remembers her being fired with “the injustice of it all”.

“It was just brutal how the state could ignore the will of the people,” Pavlovic says.

Caputova says she was pregnant when she joined the landfill case. “Motherhood inspired me to get involved,” she says. The case soon took over her life. The day she went into labour, she says, she was completing a legal brief. Pavlovic says she was nothing if not tough and stubborn. There were many times before they won the landfill case that it all seemed overwhelming and hopeless. “She was the one who would motivate others,” he says. “And she took a lot of the burden on herself.”

Pavlovic says she helped him deal with the pressure by introducing him to meditation, something she had been doing for some time to deal with stress. “I try to meditate every day,” Caputova says. She first came across books on Zen meditation as a teenager and has been a regular practitioner for 13 years. “I’m not sure how we’re going to manage that now,” she adds. “But the regular practice is important for me.”

Pavlovic recalls that Caputova first broached the idea of running for president right after a meditation session early last year. “She asked me what I thought,” he says. “I remember she was very unsure about joining politics. My first reaction was, of course, ‘That’s fantastic,’” he says. “But she told me to think about it.”

After thinking it over, he sent her a passage from a favorite book, about how there are two roads one can choose. The dragon’s path, flying up into heaven; and the worm, digging deep into the ground. To do the job of president well, he says, she would have to make the harder choice – to be the worm.

“But on election night,” he says, “I told her that she had finally managed to connect these two roads into one.”