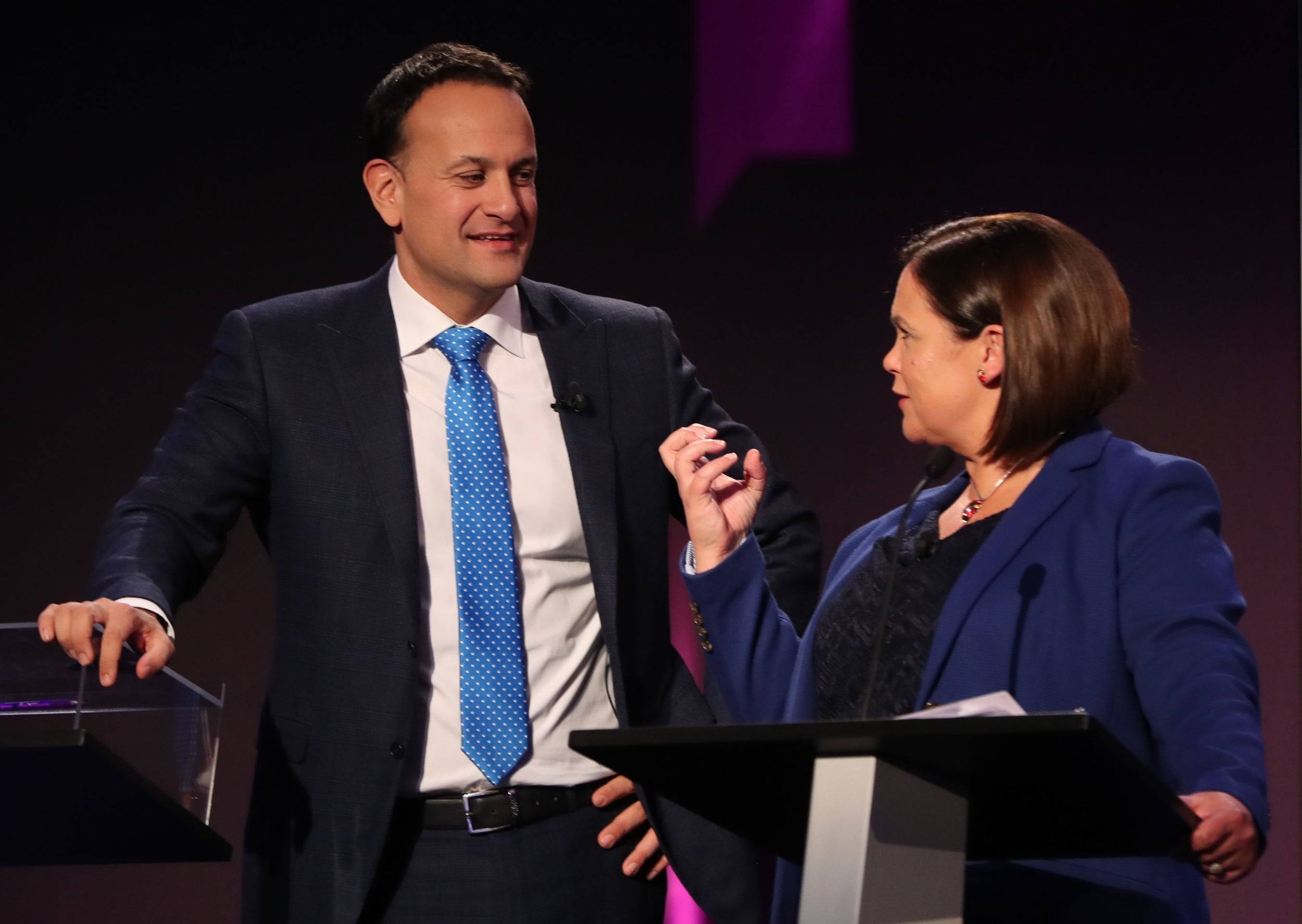 Sinn Féin have continued to surge in the polls ahead of this week’s Irish general election, with one survey now showing the left-wing Republicans tied in first place.

Public broadcaster RTÉ announced on Monday it would invite party chief Mary Lou McDonald to its final leaders’ debate of the campaign, due to be held on Tuesday.

Ms McDonald was not previously invited to the head-to-head with Taoiseach Leo Varadkar and the Fianna Fáil leader Micheál Martin, but her party’s surge in the opinion polls has put her in the national spotlight.

The latest poll by RedC in the Sunday Business Post newspaper has Sinn Féin on 24 per cent, up four per cent since last week. The current largest opposition party Fianna Fáil is also on 24 per cent, down two per cent.

Meanwhile Leo Varadkar’s party Fine Gael is struggling on 21 per cent, down two per cent on the previous weeks. The Green party and Labour are on seven per cent and five per cent respectively.

The election is due to take place on Saturday this week and will be the first since 2016.

Sinn Féin has been mostly attracting younger votes, touting its left-leaning policies on building more social housing. But the party’s controversial history of supporting the IRA means many older voters will not even consider it.

Fine Gael and Fianna Fáil are difficult to distinguish on policy, with both parties sitting slightly to the right of centre by international standards.

Mr Varadkar won plaudits in Ireland for his handling of Brexit last year but his popularity has suffered since Ireland’s role in the affair fell off the top of the news agenda.

Ireland uses the proportional Single Transferrable Vote system to elects its parliament, the Dáil, meaning if the polls are right no single party will be able to form a majority.

At least two of the three largest parties would likely have to work together to reach a majority. Mr Varadkar has emphatically stated he would not go into coalition with Sinn Féin, but said he is open to a “grand coalition” with Fianna Fáil.

But Fianna Fáil leader Mr Martin has said he would not go into grand coalition with Fine Gael.

In a statement on Tuesday’s debate, RTÉ said: “RTÉ is very mindful it has a duty to the public to reflect events as they unfold.

“During the course of the campaign and over recent days RTÉ has taken into consideration the notable change in the dynamic of the campaign on the ground, and representation and statements by political parties.

“The dynamic has also been consistently reflected in all opinion polls since the campaign commenced.

“We now consider it necessary to amend our original approach, respond to the changes in the campaign, and continue to put the audience first in the making of Tuesday night’s programme.”