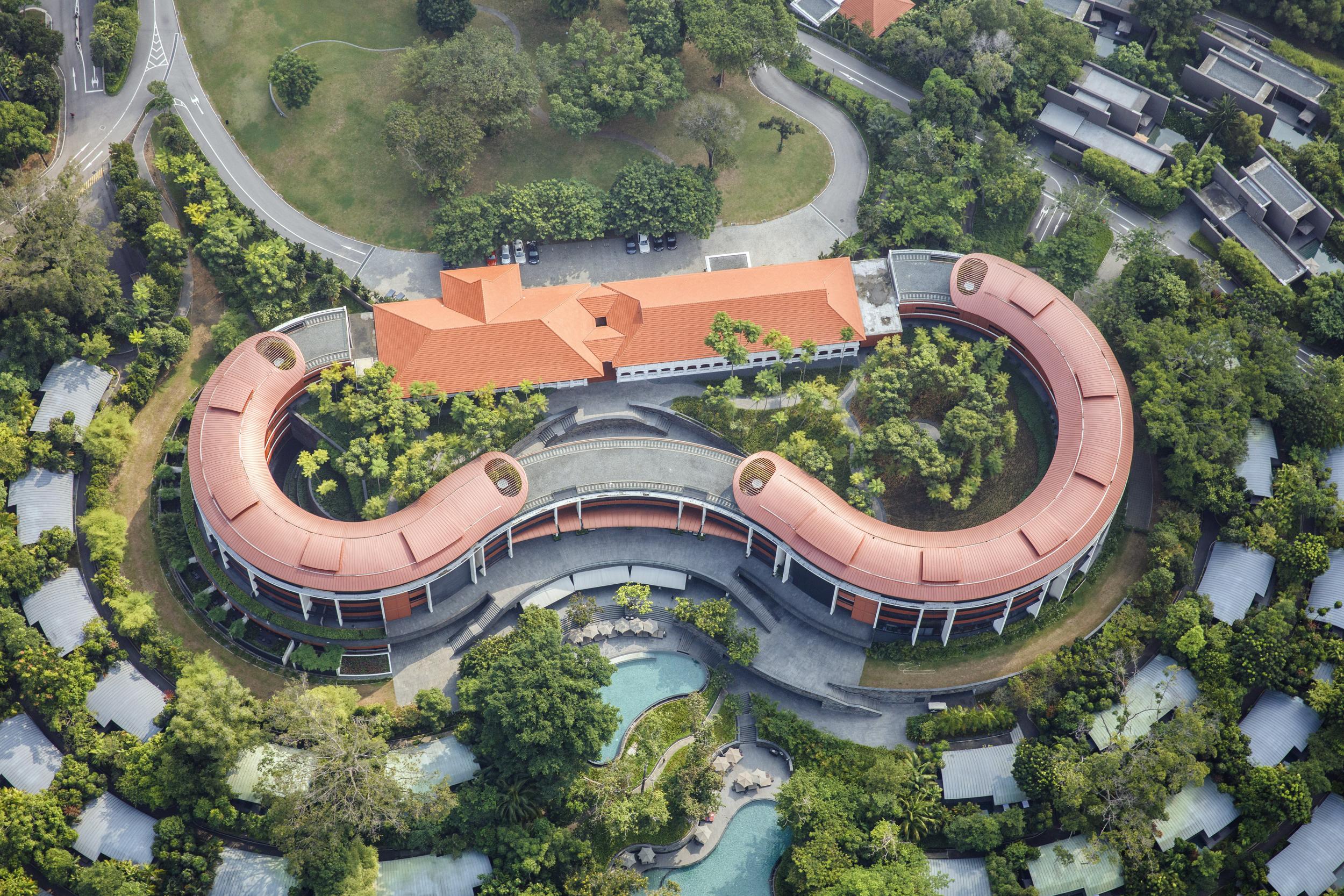 A luxury hotel designed by a British architect and located on a former pirates’ hideaway is to host the historic meeting between Donald Trump and North Korean leader Kim Jong-un.

After weeks of speculation over where the 12 June summit would be held, the White House revealed that the Capella hotel on Sentosa, an island located a quarter of a mile off the coast of Singapore, would play host to the event.

“UPDATE: The venue for the Singapore summit between @POTUS and Leader Kim Jong Un will be the Capella Hotel on Sentosa Island,” White House press secretary Sarah Sanders wrote on Twitter. “We thank our great Singaporean hosts for their hospitality.”


In Singapore, reporters have been visiting the various hotels rumoured to be among those being considered as potential venues, including the Shangri-La and the Marina Bay Sands. At this point, they reported, the hotels seemed calm and quiet, with no sign of the huge security presence expected next week.

Earlier, the president had told reporters preparations for the meeting were going well, despite him at one point cancelling the event after claiming the North Koreans were not taking the issue seriously. Mr Trump announced last Friday that the summit was back on the calendar, after meeting a senior North Korean envoy, General Kim Yong-chol, at the White House.

The general delivered Mr Trump a large envelope said to contain a letter from the North Korean leader himself, underscoring his commitment to the meeting. Mr Trump said this week that preparations for the meeting were “moving along very well”.

“A lot of relationships being built, a lot of negotiations going on before the trip,” he said. “We’ll see what happens. But it’s very important – it’ll be a very important couple of days.”

Mr Trump, who is seeking to persuade Mr Kim to shut down a nuclear missile programme that he says now threatens the United States, said last week he expected an eventual “very positive result” with North Korea but dampened expectations for a breakthrough in Singapore, saying it could take several meetings to reach an agreement.

He said one thing that could come out of the summit was an agreement formally ending the 1950-53 Korean War, which was concluded only with a truce, not a peace treaty.

Clues that Sentosa had been selected as the venue included the fact that Mr Trump’s deputy chief of staff, Joe Hagin, and Mr Kim’s de facto chief of staff, Kim Chang Son, had been holding pre-summit discussions on the island in recent days. The hotel was designed by celebrated British architect Sir Norman Foster.

On Monday, Singapore declared a central region that is home to its foreign ministry, the US embassy and several hotels, as a special zone from 10-14 June. In its online gazette, the government amended the area to include Sentosa and an area of the sea stretching more than half a mile off its southwestern shore.

The Singapore government has said police would make stricter checks of people and personal belongings and items such as public address systems and remotely piloted aircraft system would be prohibited in the area.

Before Britain seized control of Singapore in 1824, the island was a flourishing trade centre, frequented by merchants and traders and known for its piracy. At the time, Sentosa was known as Pulau Blakang Mati, which directly translates as the “island where death lurks from behind”.

After Singapore fell to Japanese forces in 1942, it was given a new Japanese name – Syonan, meaning “Light of the South”.

Thousands of people were killed under an operation to purge anti-Japanese elements from the ethnic Chinese community.

After Singapore gained independence in 1965, the island was renamed. A 1972 contest organised by the Singapore tourist promotion board resulted in it being named Sentosa, a Malay word meaning “peace and tranquility”.

The revelation that Sentosa had been selected as the venue for the talks came as Republican and Democratic members of the US House of Representatives introduced a bill that would require Mr Trump’s administration to provide a detailed report on North Korea’s nuclear programme to set a “baseline” for progress on talks with Pyongyang.

The bill, seen by Reuters, is one of a series of efforts by members of congress to have some say in negotiations ahead of next week’s summit.

Some member of congress have expressed concern that Mr Trump is so eager for a deal that he will concede too much.

The “North Korea Nuclear Baseline Act” was introduced by Representative Eliot Engel, the top Democrat on the Foreign Affairs Committee, as well as politicians including Republican Representative Mike McCaul, chairman of the Homeland Security Committee and a senior member of the foreign affairs panel.

It would require the administration to transmit to congressional national security committees within 60 days of its enactment a report on the status of North Korea’s nuclear programme.