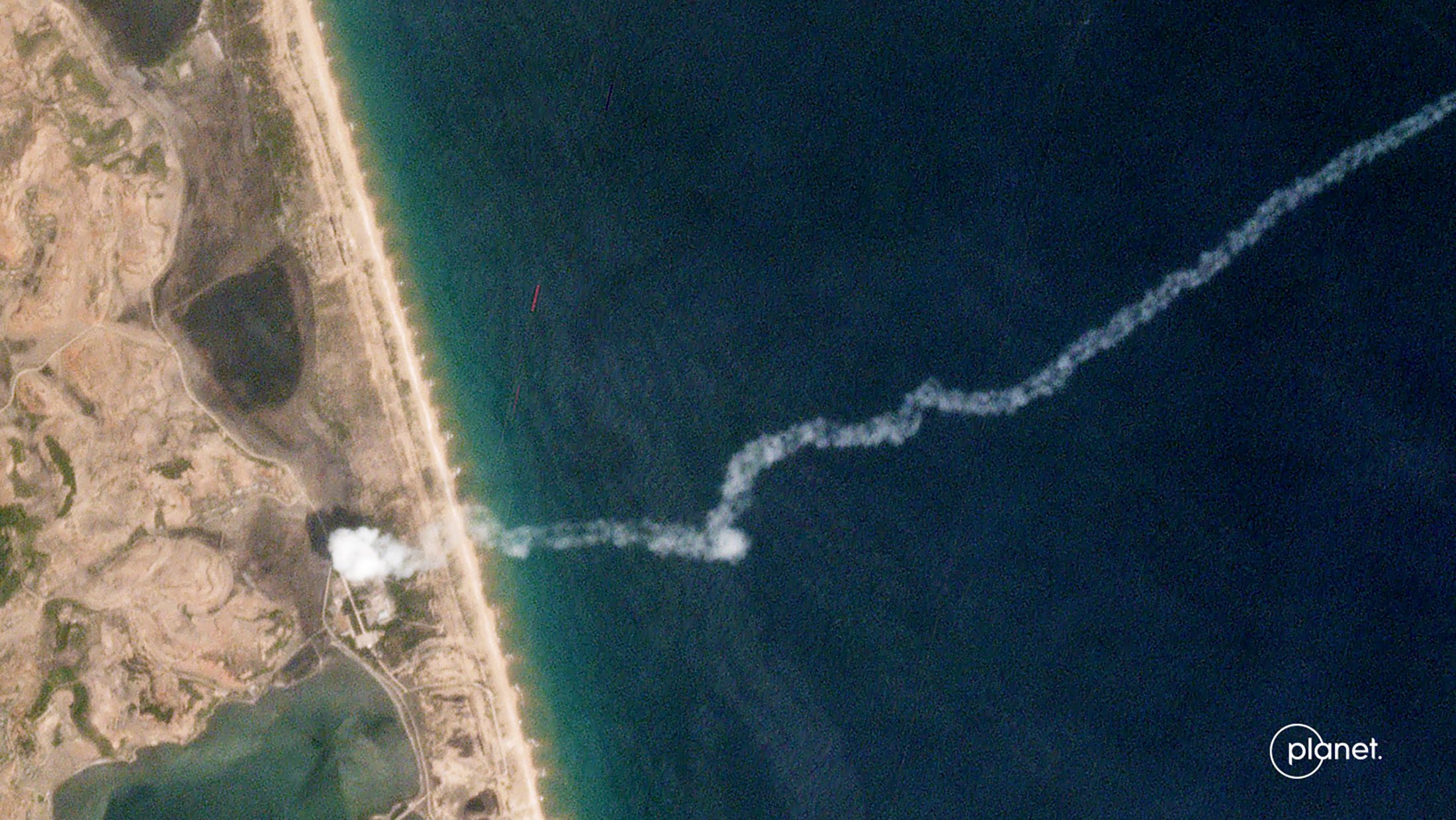 A satellite image released over the weekend shows what is likely the trail of a short-range missile, confirming South Korean reports of North Korea’s first missile test launch since 2017.

“This is a one in a million shot,” Lewis told CNN. The missile “was fired right about this time” and the photo would have been taken “within a few seconds, maybe a few minutes.”

The image shows a puff of smoke at the launch point on North Korea’s Hodo Peninsula and a single exhaust trail emanating out over the ocean.

“The location of the launch, the thick, smoky appearance of the exhaust and the fact that there is only one rocket trail all suggest this was the short-range ballistic missile that North Korea showed in its propaganda,” said Jeffrey Lewis.

According to the earlier report from south Korean officials, the projectiles flew between 45 and 125 miles before crashing into the sea.

The launch comes only two months after President Donald Trump walked out of the Vietnam summit with North Korean leader, Kim Jong Un and only weeks after a much warmer meeting between Kim Jong Un and Russian premier, Vladimir Putin.

Lewis believes that the test was a warning and parallels past precedents which suggest that larger missile tests are imminent. “This is a pretty classic move from them to start small and work their way up. It’s a warning that there’s more to come,” Lewis said.