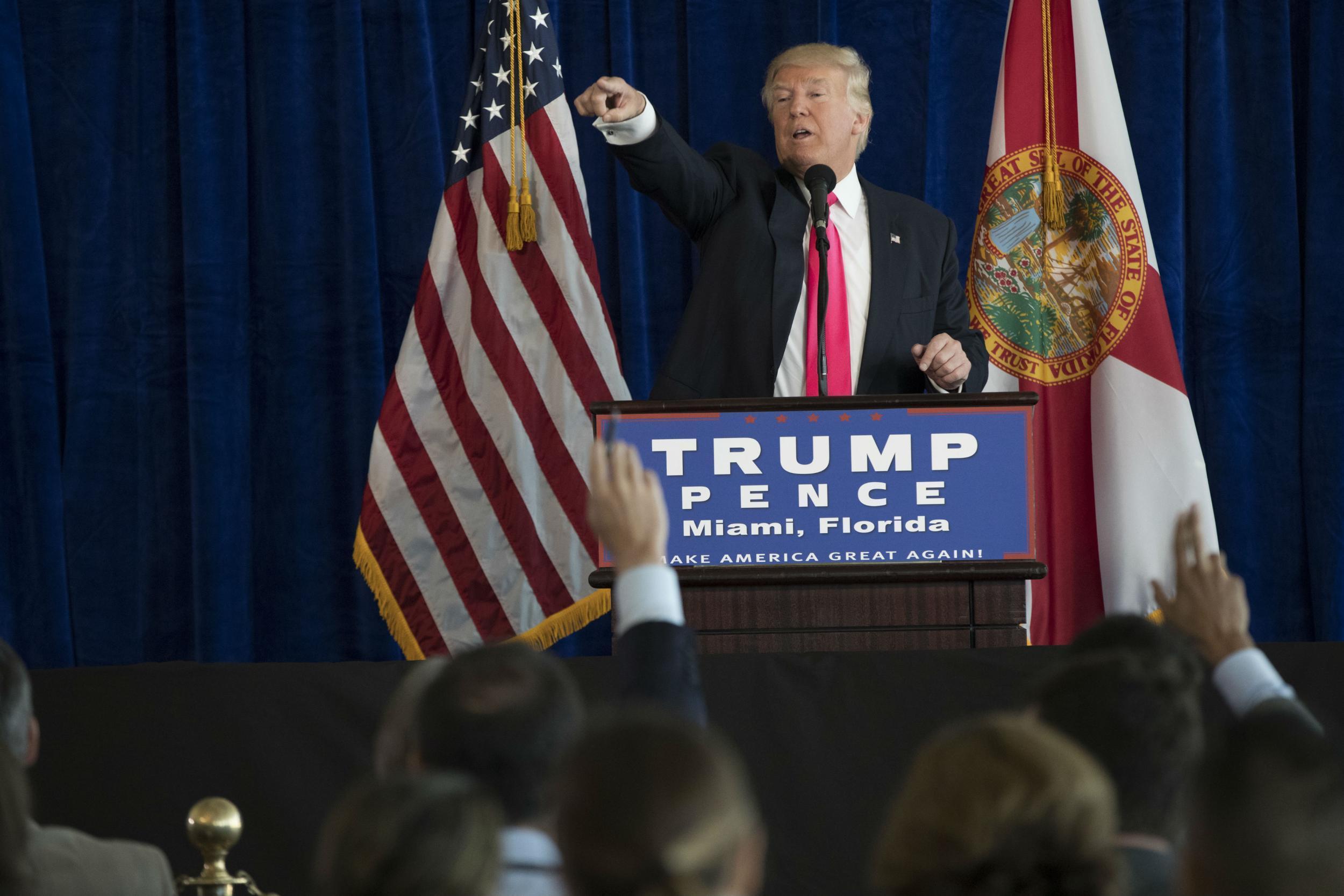 Russian hackers allegedly made their first attempt to hack the emails of Hillary Clinton and her campaign staff on the same day Donald Trump publicly asked them to.

Documents released by Special Counsel Robert Mueller in connection with the indictment of 12 Russian intelligence officers, claim the hackers targeted a domain used by Ms Clinton’s personal office “on or about July 27 2016”.

The indictment alleges the hackers also on that day, targeted 76 email accounts belonging to the Clinton campaign by means of so-called spear phishing – a technique used to try and access specific addresses.

That attack came during the middle of the Democratic National Convention in Philadelphia, which had already been rocked by the publication by Wikileaks of previously hacked emails that revealed members of the supposedly neutral Democratic National Committee were biased in favour of Ms Clinton and had worked to undermine her primary rival, Bernie Sanders.


Amid the controversy, which resulted in the resignation of DNC chairwoman, Debbie Wasserman Schultz, Mr Trump held a press conference in Florida where he was campaigning.

At the press conference, Mr Trump sought to draw attention to the controversy about Ms Clinton’s improper use of a private email server while serving as secretary of state, something that was investigated by the FBI but ultimately resulted in no criminal charges.

A year earlier, Ms Clinton had given the State Department around 30,000 work-related emails from the private server she used. She said another 33,000 were deleted because they were personal in nature – something Mr Trump repeatedly seized on.

Mr Trump told reporters in at his Doral Golf Centre in Miami, he hoped the Russian hackers, said to have been behind the theft of the emails from the DNC which had embarrassed the Democrats, searched for Ms Clinton’s deleted emails.

He added: “Russia, if you are listening. I hope you are able to find the 30,000 emails that are missing. I think you will probably be rewarded mightily by the press.”

Asked if he was concerned that he was apparently encouraging Russia to spy on an American political party, he added: “It gives me no pause. If Russia or China or any of those country gets those emails, I’ve got to be honest with you, I’d love to see them.”

At the time, Ms Clinton’s campaign hit back angrily. “This has to be the first time that a major presidential candidate has actively encouraged a foreign power to conduct espionage against his political opponent,” it said.

“That’s not hyperbole. Those are just the facts. This has gone from being a matter of curiosity and a matter of politics to being a national security issue.”

Some of those in the Trump campaign suggested the candidate was merely joking.

The former reality TV star doubled down on his comments on Twitter, saying: “If Russia or any other country or person has Hillary Clinton’s 33,000 illegally deleted emails, perhaps they should share them with the FBI!”

Mr Mueller’s indictment does not mention Mr Trump’s comments. Rod Rosenstein, the deputy attorney general and the Justice Department official overseeing Mr Mueller’s probe, said officials were not alleging in the indictment that American citizens had knowingly been in contact with the Russians about the hacking.

“The conspirators corresponded with several Americans during the course of the conspiracy through the internet,” Mr Rosenstein said.

“There’s no allegation in this indictment that the Americans knew they were corresponding with Russian intelligence officers.”

“In addition to releasing documents directly to the public, the defendants transferred stolen documents to another organisation, not named in the indictment, and discussed timing the release of the documents in an attempt to enhance the impact on the election,” said Mr Rosenstein.

It is assumed the organisation indictment is referring to is WikiLeaks. Reuters said WikiLeaks, which was not indicted, did not immediately respond to requests for comment.