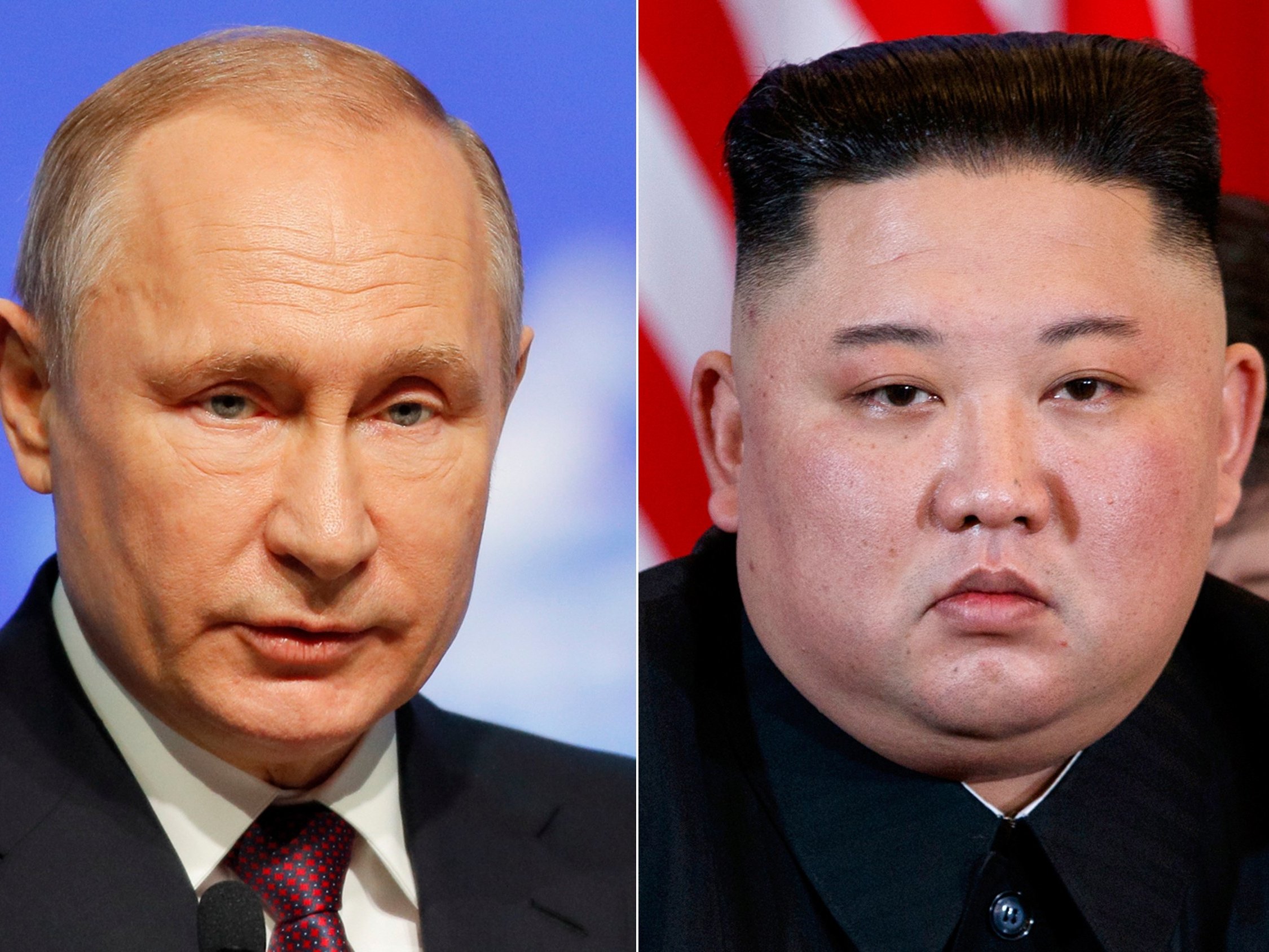 On Tuesday afternoon Moscow confirmed the date of a historic meeting it has long courted. Thursday will be the day, it was announced, Vladimir Putin will come face to face with Kim Jong-un in Vladivostok.

Frantic preparations already underway in Russia’s far-eastern capital had, of course, offered plenty of clues: the delivery of a blacked-out limousine, the arrival of two plane loads of security detail, an airport altercation between said detail and journalists, a resultant broken TV camera, and last-minute modifications to roads, ramps and station entrances to accommodate the North Korean convoy.

As expected, Vladivostok’s Far Eastern Federal University looks to be the venue for the talks. Located on an island, its isolation is said to have impressed North Korean security chiefs. The university campus, built to host the 2012 Asia-Pacific Economic Cooperation (Apec) summit, also boasts enough luxury hotel space to accommodate the 230-strong delegation. By Tuesday morning, North Korean flags had appeared around the university.

Sources in Moscow and Pyongyang suggested Mr Jong-un will travel the 425 miles from Pyongyang to Vladivostok aboard his famous armoured train, arriving in Russia sometime on Wednesday. Talks are due the following day, with the Russian leader leaving for dialogue with the Chinese leadership in the evening.

Mr Jong-un, on the other hand, will be staying behind for a special “touristic programme”. Among the attractions being considered are a chocolate factory, the Russian Pacific Navy Military History Museum, and a newly opened branch of St Petersburg’s Mariinsky Theatre.

For Moscow, the summit represents the culmination of many months of diplomacy. It was a year ago that Russian foreign minister Sergei Lavrov first travelled to Pyongyang to pass on Vladimir Putin’s invitation. Major overtures from other senior officials followed. But North Korea hesitated, preferring instead to concentrate on relations with China, South Korea and the United States.

Thursday’s summit is the first-ever meeting between the two leaders. But in the eight years since he came to power, Mr Jong-un has met with the Chinese leader Xi three times, and twice with Donald Trump – in Singapore and Hanoi. The breakdown of the US talks appear to be the main reason Mr Jong-un has decided to pivot towards Moscow.

“Kim achieved nothing in Hanoi, so is now exploring other angles,” said Fyodor Tertitskiy, a North Korean analyst based in Seoul. “Mr Putin is desperate to be considered a person of significance on the Korean peninsula, and to use that in diplomatic games with Washington.”

Russia, in Soviet times the key player in the region, is now largely deferential to the Chinese on Korean relations. But that does not mean they are unwilling to re-engage, said the analyst.

Ahead of the talks, Kremlin spokesperson Dmitry Peskov said Russia would focus on matters of trade and nuclear disarmament. The Korean side, in return, is likely to press the Russians on how they can relieve the crushing international sanctions regime. But there are significant doubts that the summit will produce any meaningful declaration or agreements.

More likely, this summit will instead be used to issue a declaration of intent, with the main recipient of the message being the United States. “It is essentially a sideshow in the continuing saga between Pyongyang and Washington,” said Dmitry Trenin, longtime head of the Moscow Carnegie Centre, on Twitter. “Russia will seek to score diplomatic points by demonstrating its relevance; North Korea by showing it has options.”