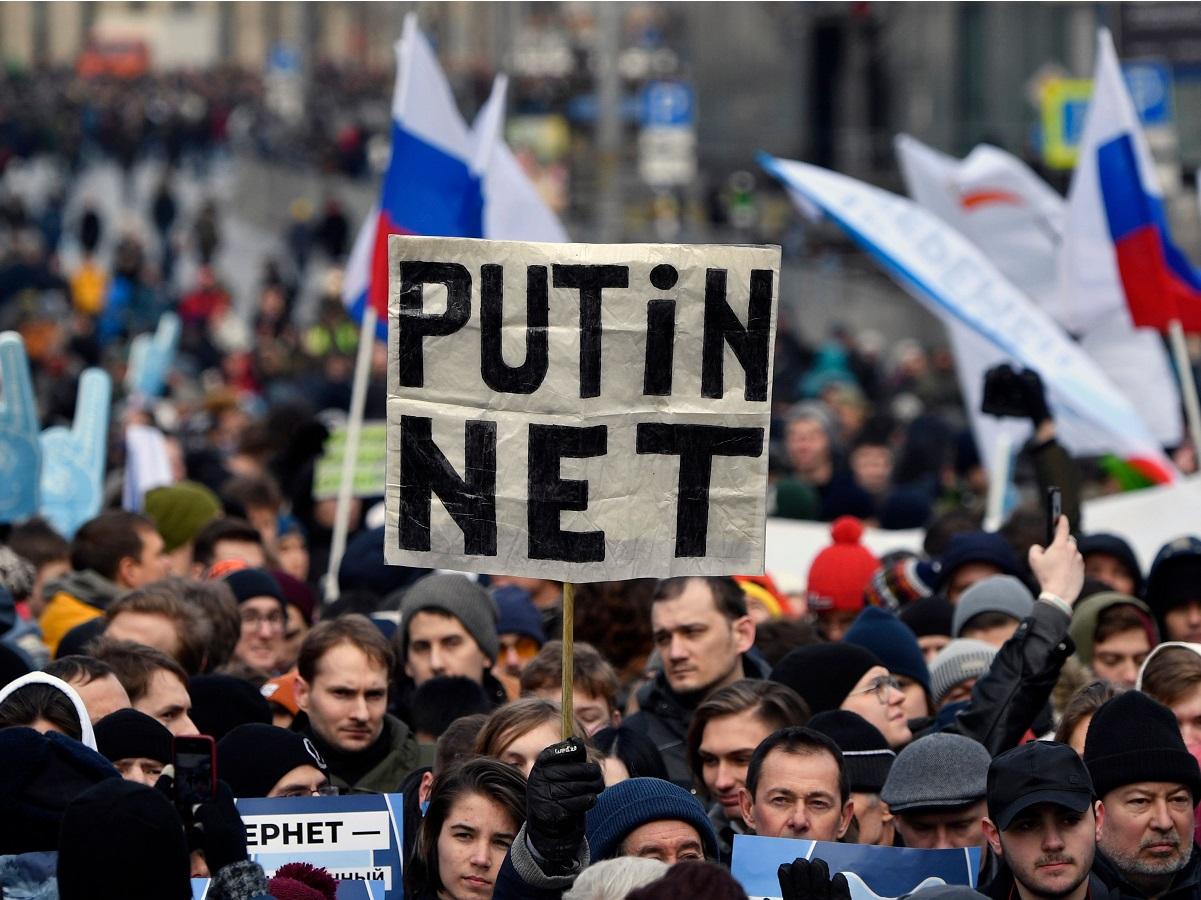 Thousands of people in Moscow and other Russian cities took to the streets over the weekend to protest legislation they fear could lead to widespread internet censorship in the country.

The demonstrations, which were some of the biggest protests in the Russian capital in years, came in response to a bill in parliament that would route all internet traffic through servers in Russia, making virtual private networks (VPNs) ineffective.

Critics say the bill would create an internet firewall similar to China’s, calling it an online “iron curtain”, but advocates claim it is necessary to protect the country from state-backed cyber attacks.

Lawmakers last month passed the bill through the first of three readings in the Duma, the lower house of parliament

People gathered in a cordoned off Prospekt Sakharova in Moscow, made speeches on a stage and chanted slogans such as “hands off the internet” and “no to isolation, stop breaking the Russian internet”.

The rally gathered around 15,300 people, according to White Counter, an NGO that counts participants at rallies. Moscow police put the numbers at 6,500.

“If we do nothing it will get worse. The authorities will keep following their own way and the point of no return will be passed”, said protester Dmitry, who declined to give his full name.

Opposition activists said on Twitter police had detained 15 people at the Moscow rally, confiscating their banners and balloons. Police have not announced any detentions.

The protests in Moscow, the southern city of Voronezh and Khabarovsk in the far east had all been officially authorised. A handful of activists in St Petersburg took to the streets without the authorities’ consent.

Russia has in recent years attempted to curb internet freedoms by blocking access to certain websites and messaging services such as Telegram.

February’s bill passed in the Russian parliament on the first reading out of three. It seeks to route Russian web traffic and data through points controlled by the state and proposes building a national domain name system to allow the internet to continue functioning even if the country is cut off from foreign infrastructure.

The second reading is planned in March after which, if passed, the bill will need to be signed by the upper house of the parliament and then by president Vladimir Putin.

The legislation is part of a drive by officials to increase Russian “sovereignty” over its internet segment.