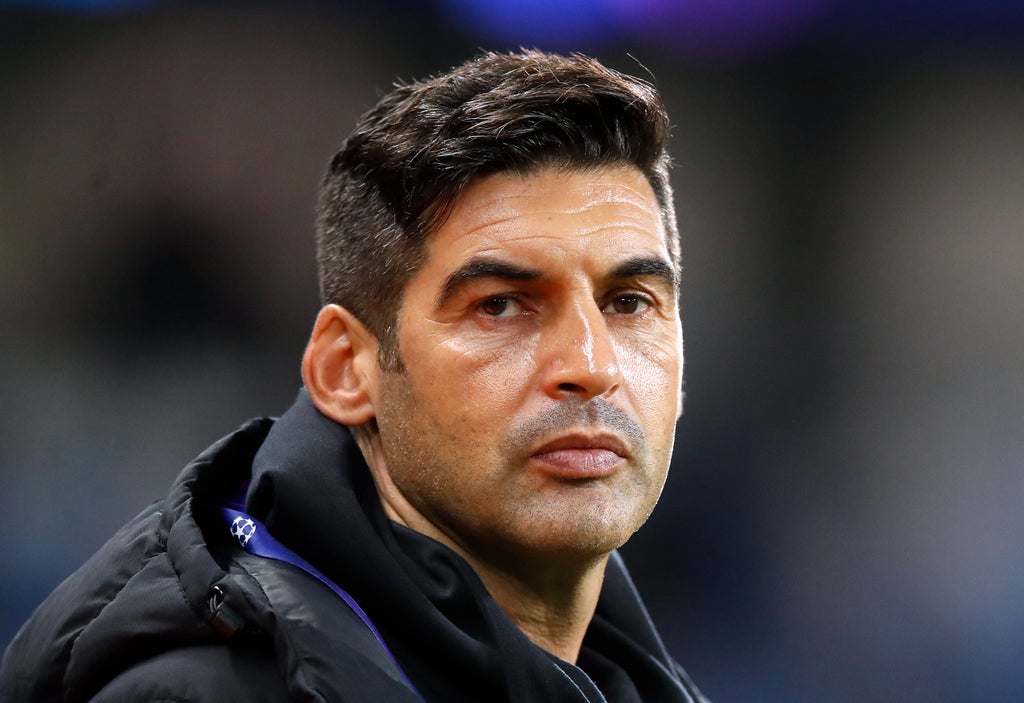 The former Roma manager Paulo Fonseca has relived his harrowing experience of escaping the war in Ukraine with his family.

Fonseca, who has also managed Ukrainian side Shakhtar Donetsk and was linked to Tottenham in the summer, lives in Kyiv with his Ukrainian wife and children, and they were woken in the early hours when Russia’s bombing started.

The Fonseca family immediately fled their apartment and tried to escape by car, but when they hit the main road west they were met by a wall of traffic. Instead they traveled east after a call from the sporting director of Shakhtar, Dario Srna, who offered shelter in Donetsk.

“Dario called me and said to come to the hotel owned by the president of Shakhtar,” Fonseca told Sky Sports. “We moved to the hotel there and stayed in a bunker there overnight, for one and a half days overall, with the Brazilian players from Shakhtar and the technical team.

“I started to think the situation was only going to get worse so we contacted the Portuguese embassy and they said, ‘Tomorrow we’ll have a car and you can go’. I decided to leave in the morning, the day after the car picked us up from the hotel and we started a long trip to the border. It was dangerous, we travelled all day and night without stopping.

“The journey was 30 hours, more including across the border with Moldova to where we were staying in Romania. I saw many times the troops of Ukraine pass on the road, we stopped and listened to the alarms many times, and there was a lot of traffic.

“We spent a lot of time going 5kmph. During the trip, of course, we were in danger even driving in the night, and I heard the planes passing, but I didn’t see shooting or fighting. We travelled with another family, a couple with a six-month-old baby. In the end we arrived on the border and felt safe, which was the most important thing.”

Fonseca and his family are now safely in Portugal, and he has called for more support for the people of Ukraine.

“These people, this country, doesn’t deserve what is happening. But they are heroes, they are fighting, and it’s really difficult for us to see the situation in Ukraine … I’m seeing all Europe trying to help everyone, I understand the political situation, but I have to say it’s not enough. I don’t know what more we can do, but we have to do more – or they will all die.”

The Independent has a proud history of campaigning for the rights of the most vulnerable, and we first ran our Refugees Welcome campaign during the war in Syria in 2015. Now, as we renew our campaign and launch this petition in the wake of the unfolding Ukrainian crisis, we are calling on the government to go further and faster to ensure help is delivered. To find out more about our Refugees Welcome campaign, click here. To sign the petition click here. If you would like to donate then please click here for our GoFundMe page.