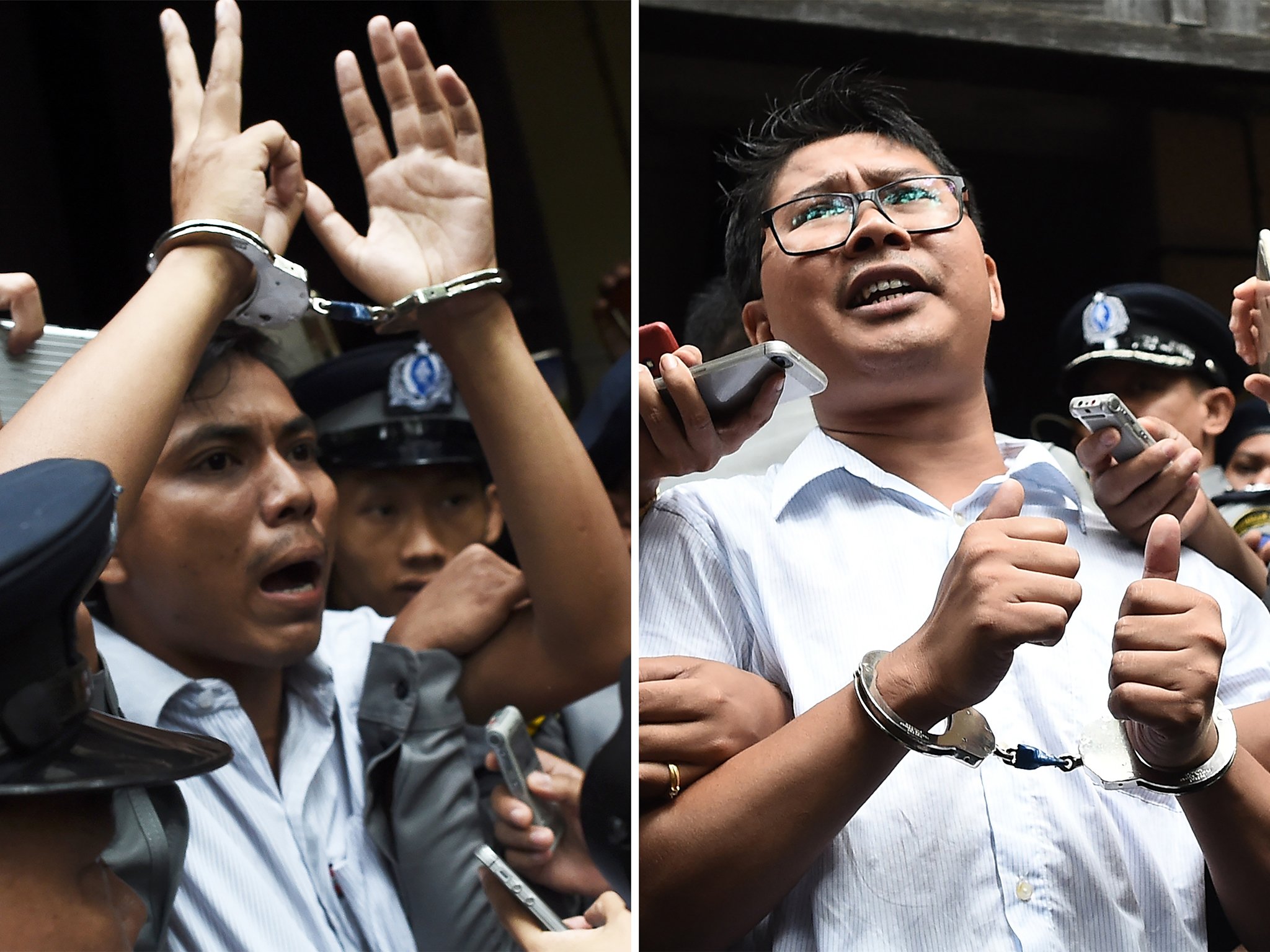 The number of journalists around the world who have been imprisoned for their work has reached a near-record high, according to a report.

Some 251 journalists were behind bars for doing their jobs as of 1 December, the Committee to Protect Journalists said in an annual survey.

For the third year in a row, more than half of those are in Turkey, Egypt and China, where authorities have accused reporters of anti-government activities.

The study singled out Donald Trump for his frequent characterisation of negative media coverage as “fake news”, a phrase which has been echoed by leaders of countries such as the Philippines and Turkey against their critics.

The number of journalists imprisoned on charges of “false news” rose to 28, up from 21 last year and nine in 2016, according to the US-based nonprofit, which promotes press freedom.

Its report was published in the same week as Time magazine named a collective of journalists as Person of the Year for 2018.

The most well known of “The Guardians” was Jamal Khashoggi, the Washington Post journalist who was murdered in the Saudi Arabian consulate in Istanbul in October.

Also included were Reuters reporters Wa Lone and Kyaw Soe Oo, who were imprisoned a year ago for their investigation into a massacre of 10 Rohingya Muslim men and boys in Myanmar. The pair were found guilty of violating Myanmar’s Official Secrets Act in September and sentenced to seven years in prison.

Lawyers for the two reporters have lodged an appeal.

Myanmar’s civilian leader, Aung San Suu Kyi, has said the jailing of the reporters had nothing to do with freedom of expression, saying a week after their conviction they were sentenced for handling official secrets and “were not jailed because they were journalists”.

Turkey remains the world’s most egregious offender against press freedom, the CPJ said, having imprisoned at least 68 journalists for anti-state charges. The government has previously argued its crackdown is justified because of an attempted coup to overthrow it in 2016.

Egypt has jailed at least 25 journalists, saying its actions to limit dissent are directed at militants trying to undermine the state. A popular uprising in 2011 toppled the country’s longtime leader, Hosni Mubarak.

The overall number of journalists in jail is down 8 per cent from last year’s record high of 272 per cent, the CPJ said.

Its total does not take into account the journalists who have disappeared or are being held by non-state actors.

The CPJ said there are dozens of reporters who are missing or have been kidnapped in the Middle East and North Africa, including several held by Houthi rebel militias in Yemen.