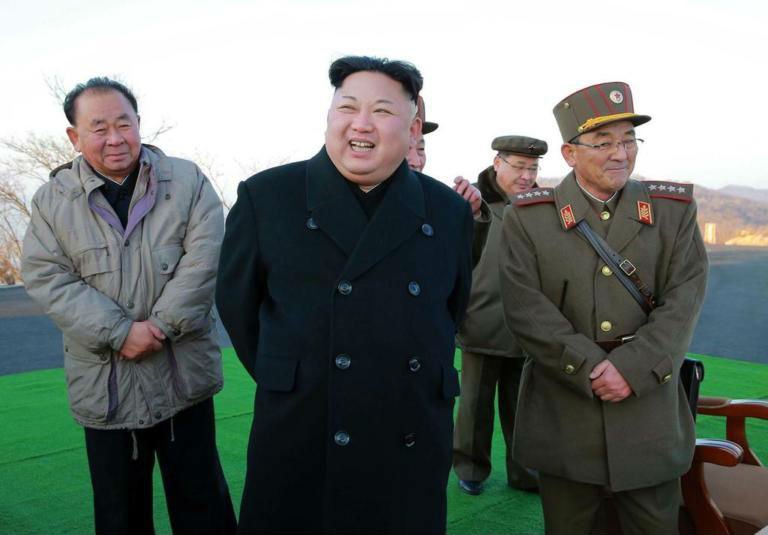 North Korea has been accused of rebuilding part of a missile site it promised Donald Trump it would dismantle.

Just days after the US president returned empty handed from a second summit with Kim Jong-un in Vietnam, reports said South Korean politicians had been told by the National Intelligence Service that work was taking place at the Tongchang-ri launch site.

“[The North] appears to be putting back a roof and a door [to a Tongchang-ri],” the intelligence agency was quoted as saying by South Korea’s Yonhap News Agency.

At the same time, new satellite imagery published by two US-based think tanks suggested structures on the launch pad had been rebuilt sometime between 16 February and 2 March.

“Commercial satellite imagery acquired on March 2 2019, shows that North Korea is pursuing a rapid rebuilding of the long-range rocket site at Sohae,” said a report by the Centre for Strategic and International Studies.

“This renewed activity, taken just two days after the inconclusive Hanoi summit between [Mr] Trump and Mr Kim Jong-un, may indicate North Korean plans to demonstrate resolve in the face of US rejection of North Korea’s demands at the summit to lift five UN Security Council sanctions enacted in 2016-2017.”

“The North had previously started to dismantle the rail-mounted transfer building on the launch pad along with the engine test stand last year at the beginning of US-DPRK negotiations,” it wrote.

“While progress was quick at first, both the launch pad and engine test stand had remained in about the same condition since August 2018. “However, based on commercial satellite imagery, efforts to rebuild these structures started sometime between February 16 and March 2, 2019.”

There was no immediate response from North Korea, which has previously stressed it was willing to work towards denuclearisation of the Korean peninsula. Last week, in his first interaction with the Western media, Mr Kim said he would not have been present at the meeting if he was not prepared to get rid of the country’s nuclear arsenal.

“If I’m not willing to do that I won’t be here right now,” he said.

Some will be sceptical of the timing of the claims about North Korea’s moves, especially given that they coincided with a threat from Mr Trump’s national security advisor John Bolton, who told Fox News the US would look to “ramp up” sanctions if the North does not move towards denuclearisation.

The meeting in Vietnam broke up with both sides blaming the other. Mr Trump said he had been forced to “walk” because Mr Kim was demanding the lifting of all sanctions, something the US could not do, and did not wish to. North Korea hit back at a midnight press conference, telling reporters it had only wanted some sanctions lifted, not all of them.

The Tongchang-ri facility was the one that Mr Kim promised the North would start dismantling after their first meeting last June in Singapore.

While not naming the site, Mr Trump told reporters in Singapore the agreement from the North had not initially been part of what the two sides agreed.

“Do me a favour. You’ve got this missile engine testing site. We know where it is because of the heat,” Mr Trump said he had told Mr Kim. “It’s incredible the equipment we have, to be honest with you. I said, ‘Can you close it up’? He’s going to close it up.”

Reuters said the US subsequently confirmed the president had been referring to the Sohae Satellite Launching Ground, which is located at Tongchang-ri. This site has been used in the past for satellite launches, which use ICBM technology that is banned under UN Security Council resolutions.

The White House has yet to comment on the developments.