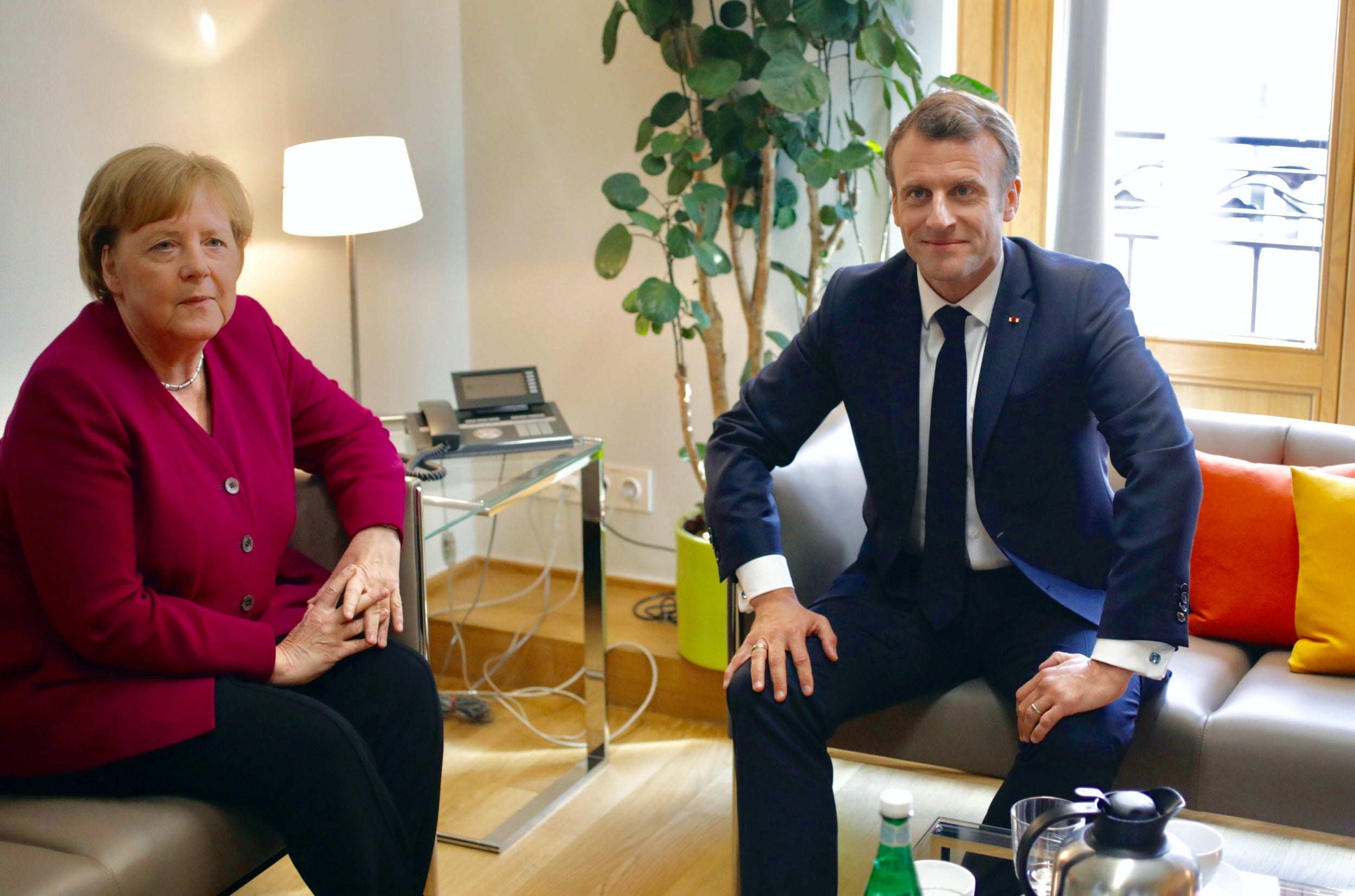 The EU faces a Franco-German row over who should replace Jean-Claude Juncker as differences over who should lead the EU emerged in public at a summit in Brussels on Tuesday night.

Leaders gathered in the EU capital 48 hours after the European elections to make headway on choosing the next Commission president, but in the end made little progress.

Angela Merkel told reporters on arrival that she supported Manfred Weber, the German lead candidate of her centre-right political alliance, which topped the European Parliament vote.

Under the spitzenkandiat system used to select Mr Juncker the last time around, Mr Weber would become president – but other member states have reservations about the social conservative, who has no experience in government.

Emmanuel Macron, along with the liberal group in the European parliament, have opposed the spitzenkandiat system – which is not officially written into EU treaties and has only been used once, in 2014.

“Today I do not want names to be talked about, names to be attacked; I think we have to take into account what came out of the polls, what the European people have expressed and we must also have decision-makers who have the credibility to be able to act,” Mr Macron told reporters.

Other potential candidates include Frans Timmermans, the candidate for the centre-left, Margrethe Vestager, the liberal candidate politician, and Michel Barnier – the EU’s chief Brexit negotiator.

On his way into the summit Mr Macron suggested all three of these people had the “skills” to be president – conspicuously not naming Mr Weber.

“Like Mr Barnier, as Mr Timmermans, people who have precisely these skills but I do not want today to have a debate on the names, I want to have a debate about the project, priorities and criteria,” he said, when asked about Ms Vestager’s qualfications.

After a leaders’ meeting over dinner, Donald Tusk, president of the European Council, downplayed the importance of the spitzenkandidat system.

“I think that it was clear from the very beginning… that the treaty obligation is more important that political ideas and inventions, and this is why we repeated our position which was declared during our European Council in February last year – there’s no automaticity [in the lead candidate becoming president] and it’s not a problem at all for our partners in the European parliament to accept this fact,” he said.

Apparently damning Mr Weber’s chances with faint praise, Mr Tusk simply said it was “not a disqualification to be a spitzenkandidat”.

Trying to defuse the situation, Mr Tusk added: “We did not discuss names tonight, just the process. So please don’t ask me about names.” He said that “No one is interested in inter-institutional conflict” between the Council and Parliament.

Earlier in the day the parliament’s president Antionio Tajani, also from Mr Weber’s centre-right EPP group, said the “majority” of groups in the parliament supported the spitzenkandidat system.

However, Guy Verhofstadt, leader of the enlarged liberal group in which Mr Macron’s new MEPs will sit, said the EPP had “killed the legitimacy” of the spitzenkandidat system, branding it “simply not serious”.

Under EU treaties, the Commission president must be proposed by EU28 leaders on the European Council by a qualified majority vote, and then approved by the European Parliament with a majority vote. In practice both institutions will have to reach agreement.

Theresa May was present at the summit, despite the UK’s impending departure from the EU. A UK government spokesperson said: “As agreed at the council meeting in April, as long as the UK remains in the EU, we will continue to be a full member state with all the rights and obligations that entails.

“We recognise the UK’s status as a departing member state and will continue to be as constructive a partner as possible and abide by the principle of sincere cooperation – and this issue is no exception.”