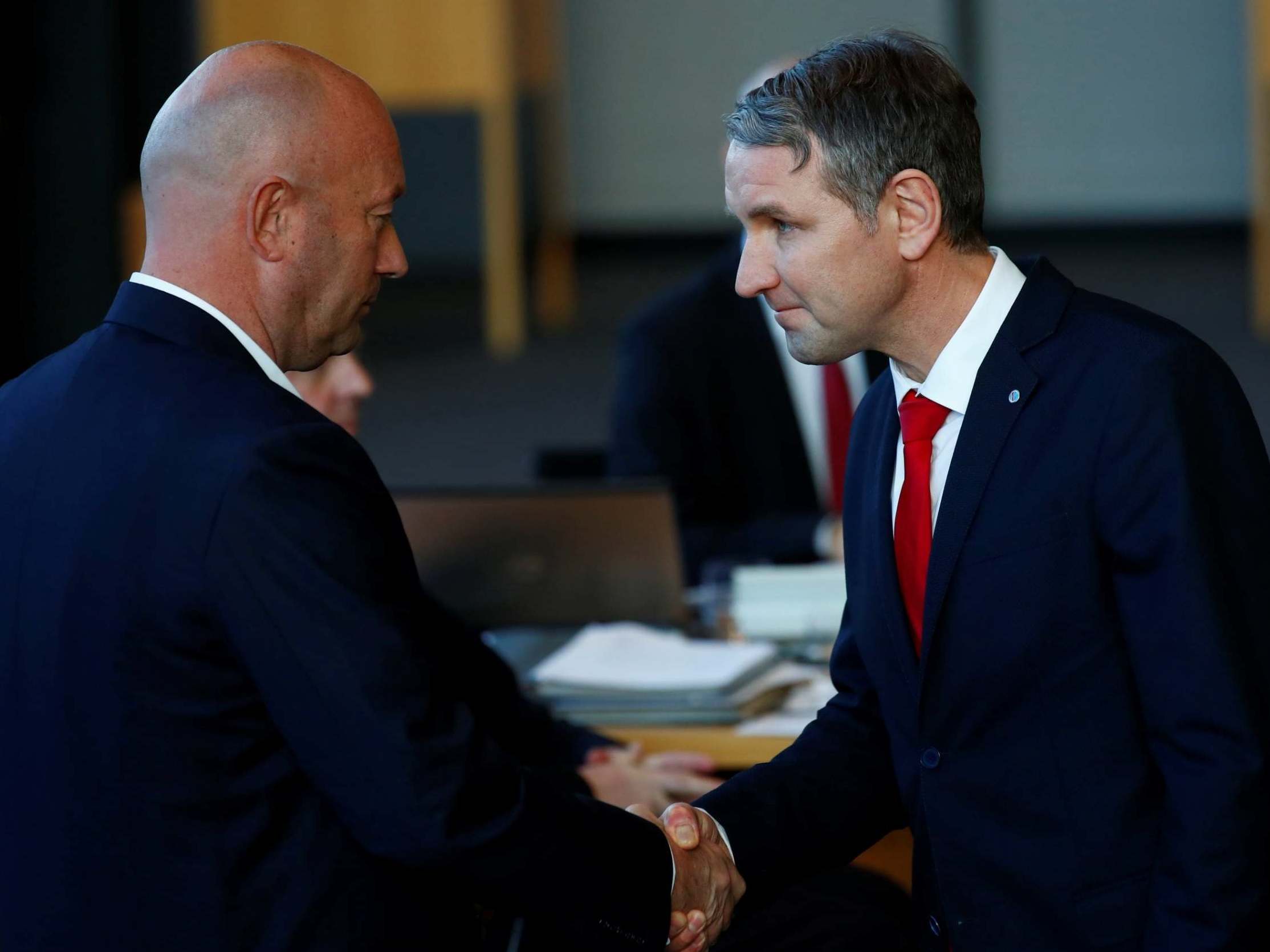 Liberals and conservatives joined forces with the far-right in the German state of Thüringia on Wednesday to oust a left-wing administration and install their own.

Thomas Kemmerich, of the liberal FDP, won a confidence vote in the state parliament with the backing of the centre-right CDU and the far-right AfD – a major political upset.

The event is significant because it is the first time the two parties of the centre have violated the boundaries of the so-called “cordon sanitaire” around working with the AfD and other far-right parties.

They narrowly ousted leftist incumbent state premier Bodo Ramelow, who was backed by the social democrats, the Greens and his own Left party.

Mr Ramelow’s alliance only gathered 44 out of 90 votes in the eastern German state’s parliament, while the FDP’s managed 45 seats with the backing of the far-right.

The leftist incumbent Mr Ramelow had been widely expected to return to office at the head of a minority administration, after his party won an increased vote share at elections at the end of last year. The parties in his left-of-centre coalition had already picked ministers for their government.

The local CDU branch has said that despite working with the AfD to install the new minister-president, they did not want to enter a formal coalition with the party.

“We decided to support the civic majority’s candidate,” said CDU local party leader Mike Mohring following the election. “It is crucial that Kemmerich makes it clear that there is no coalition with the AfD.”

Germany’s foreign minister Heiko Maas, from the centre-left SPD, however described the outcome of the election as “completely irresponsible”.

“Against the AfD, all democrats have to stand together – if you don’t understand that, you haven’t learned anything from our history,” Mr Maas tweeted.

Left party chair Bernd Riexinger said the decision was “a taboo-breaker that will have far-reaching consequences”, adding that “the FDP and CDU have to explain this now”.

Thuringia held state elections in October. The Left party came top by a large margin, securing 31 per cent of the vote, up from 28 per cent in 2014.

The Greens and the liberal FPD only just managed to enter the state parliament, each winning around five per cent of the vote – the threshold for entry. But thanks to parliamentary shenanigans, the latter how finds itself leading the state’s government.

Björn Höcke, the leader of the AfD in the state, is one of the most right-wing senior figures in the AfD. He has marched with neo-Nazis and calls Germany’s approach to commemorating of the Holocaust “moronic”. In September last year a court in the state ruled that Mr Höcke could be legally termed a “fascist”, stating that the designation “rests on verifiable fact”.