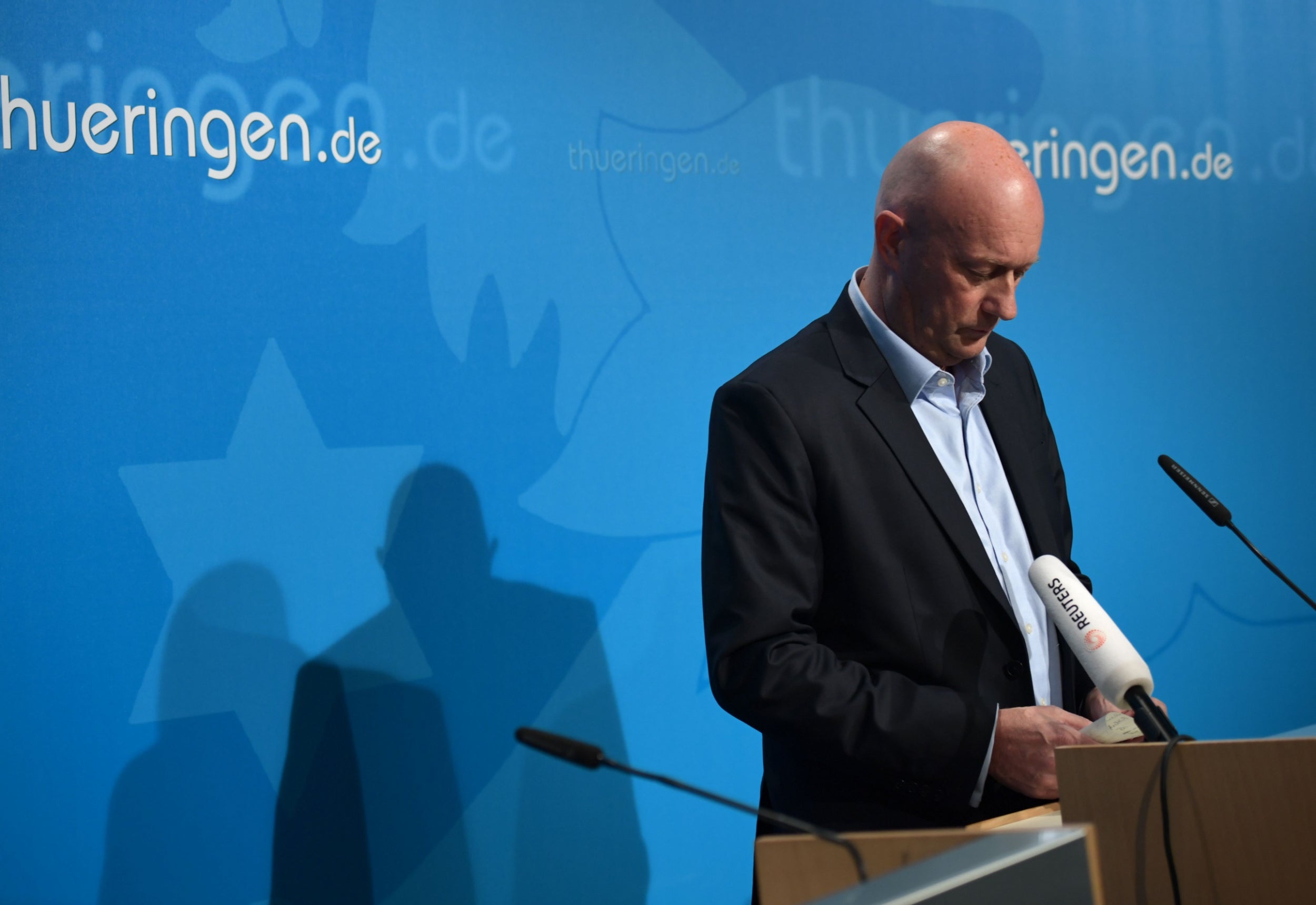 A liberal German politician who was voted in as a regional governor with the support of far-right local MPs is resigning after just 24 hours in office, following intense criticism.

Thomas Kemmerich of the Free Democratic Party said he had not cooperated with the far-right to become Thuringia state leader and wanted to remove the “blemish” of their backing.

Chancellor Angela Merkel said the installation of Mr Kemmerich with the help of the Alternative fur Deutschland party was “unforgivable”. She called on the decision to be reversed.

Speaking to the German press outside the Thuringian state chancellery, Mr Kemmerich said he wanted to call fresh elections.

“Together with my colleagues, I decided to request the dissolution of the state parliament. We want to bring about new elections in order to remove the blemish of the AfD support from the office of minister-president,” he said.

“Democrats need democratic majorities that obviously cannot be established in this parliament. There was no cooperation with the AfD, there is no such cooperation and will not exist.”

Mr Kemmerich said the AfD had “tried to damage democracy with a perfidious trick” by voting him into office. His opponents, however, said the move to use him to oust the left-wing incumbent administration had been planned in advance.

The new governor was also installed with votes from the FDP and the conservative CDU. The support of the AfD is a first in German politics, where cooperation with the far-right is usually considered off-limits.

Bodo Ramelow, the ousted governor, was backed by the social democrats, the Greens and his own party simply called Left.

The action promoted anger across the country and even internationally, with hundreds spontaneously showing up at the seat of regional government to protest Mr Kemmerich’s election.

Online, the hashtag #FCKAFDP trended in Germany – a portmanteau of the word “f***” and the names of the liberal and far-right parties combined into one.

Astonishingly, Mr Kemmerich’s liberal party won just 5 per cent of the vote in the previous elections, clearing the electoral threshold for representation by fewer than 100 votes. It is not certain that they will return to parliament if fresh elections are held.

Mr Ramelow’s alliance gathered only 44 out of 90 votes in the eastern German state’s parliament, while the FDP’s managed 45 seats.

Mr Ramelow had been widely expected to return to office at the head of a minority administration, after his party won an increased vote share at elections at the end of last year. The parties in his left-of-centre coalition had already picked ministers for their government.

At Thuringia’s state elections in October, the Left party came top by a large margin, securing 31 per cent of the vote, up from 28 per cent in 2014.