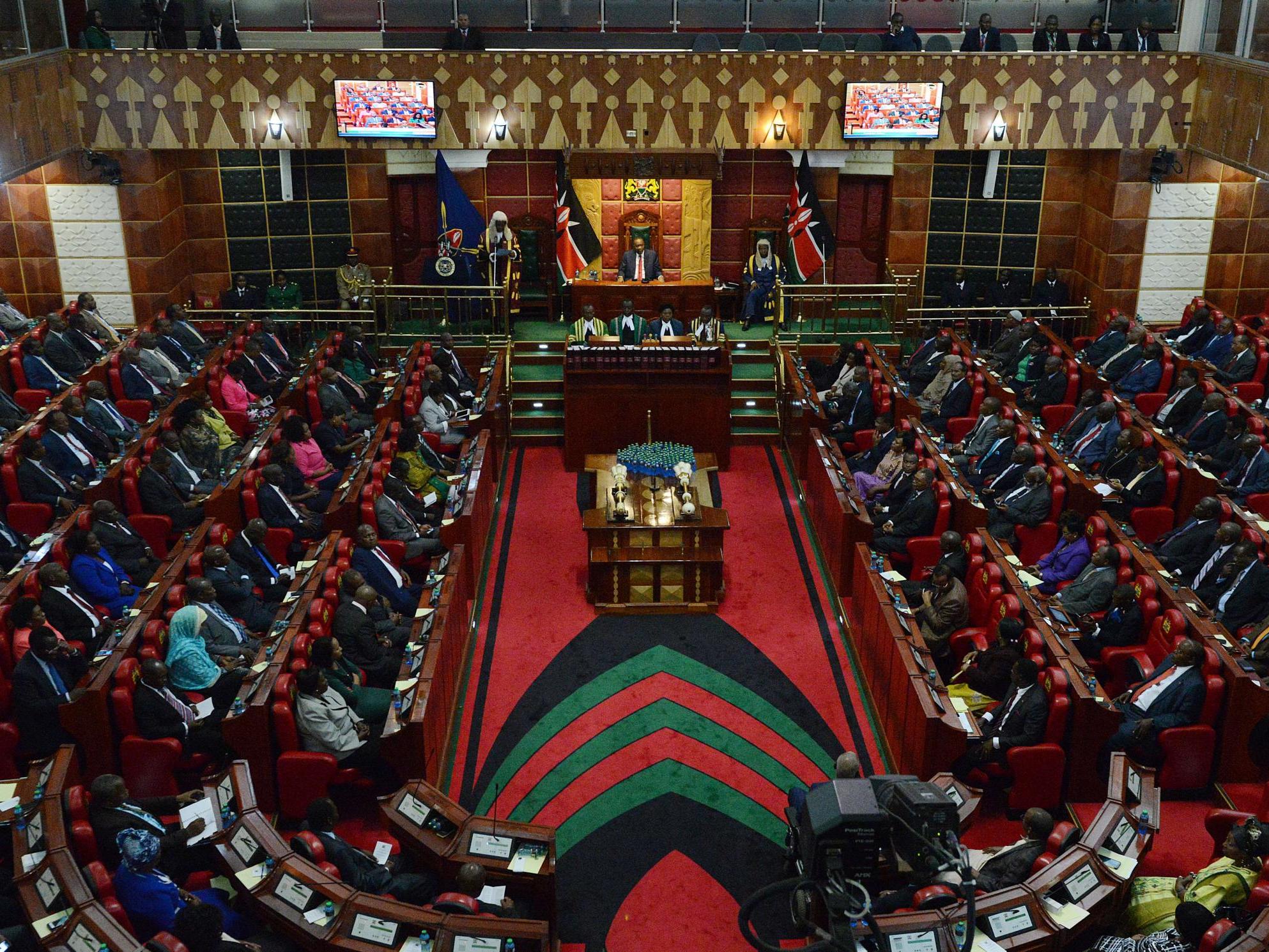 A Kenyan MP has been arrested after a female colleague accused him of slapping her for not giving money to his constituency.

Rashid Kassim allegedly assaulted Fatuma Gedi, who sits on the budget committee, in the parliament car park in Nairobi on Thursday.

The MP for Wajir East, in northeast Kenya, reportedly confronted his colleague about why she had not allocated funds to his constituency.

An image of Ms Gedi in tears with blood in her mouth was circulated on Twitter after the alleged assault.

Video footage of female MPs walking out of parliament in protest was also shared on the social media site, alongside the hashtag #JusticeForFatumaGedi.

MP Sabina Wanjiru Chege told the BBC that male MPs had been mocking their female colleagues and “saying it was slapping day”.

The Directorate of Criminal Investigations in Kenya confirmed Mr Kassim was arrested in the parliament grounds on Thursday evening.

A spokesperson tweeted: “Hon. Rashid Kassim Amin, the Member of Parliament for Wajir East was today evening arrested within the Precincts of Parliament by @DCI_Kenya Detectives in connection with causing actual bodily harm to @Hon_FatumaGedi.

Mr Kassim has not commented on the alleged incident.