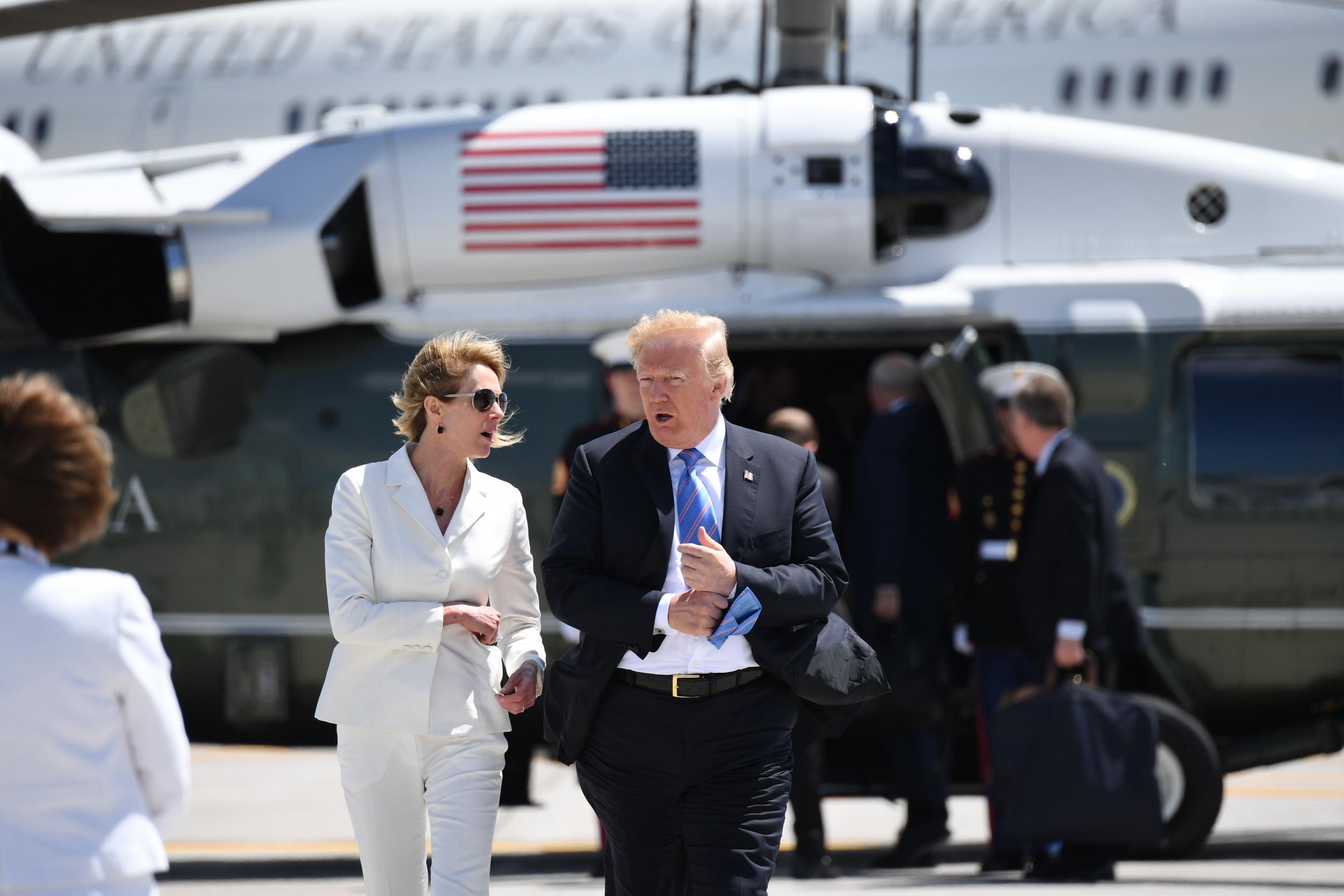 Donald Trump has nominated Kelly Knight Craft – a Republican businesswoman and now diplomat who donated $2m to his 2016 campaign – to represent America at the UN.

A week after state department spokeswoman Heather Nauert, Mr Trump’s first choice to replace Nikki Haley in the role of what is considered the country’s second most senior diplomat, withdraw from contention, the president said he was pleased to name Ms Craft for the role.

A businesswoman who was also appointed by George W Bush as an alternate delegate to the UN, where she focussed on Africa, Ms Craft was in the summer of 2017 confirmed as the US’s ambassador to Canada, the first woman to hold that job. In a recent interview when asked about climate change, she said she believed “both sides of the science”.

“Kelly has done an outstanding job representing our nation and I have no doubt that, under her leadership, our country will be represented at the highest level,” Mr Trump said in a tweet announcing his decision.

Not for the first time – either by Mr Trump or previous presidents – the job of representing the US’s interests internationally, has gone to a major political donor.

Reuters reported that Ms Craft was known in Republican circles in Kentucky, where she and her husband donated to a number of candidates.

Before donating $2m to Mr Trump’s campaign, she had been a supporter of Marco Rubio, the Florida senator who had been among those seeking the Republican nomination that year.

It said she had been been recommended for the post based Senate majority leader Mitch McConnell, who is also from Kentucky

The news agency said it was not immediately clear if Ms Craft would hold a cabinet-level position, as Ms Haley did.

She will still need to be confirmed for the job by the Senate.

Ms Nauert, a former host of Fox & Friends, dropped out of the running because she had a nanny who was in the country legally but did not have the proper work visa, it was reported earlier the month.