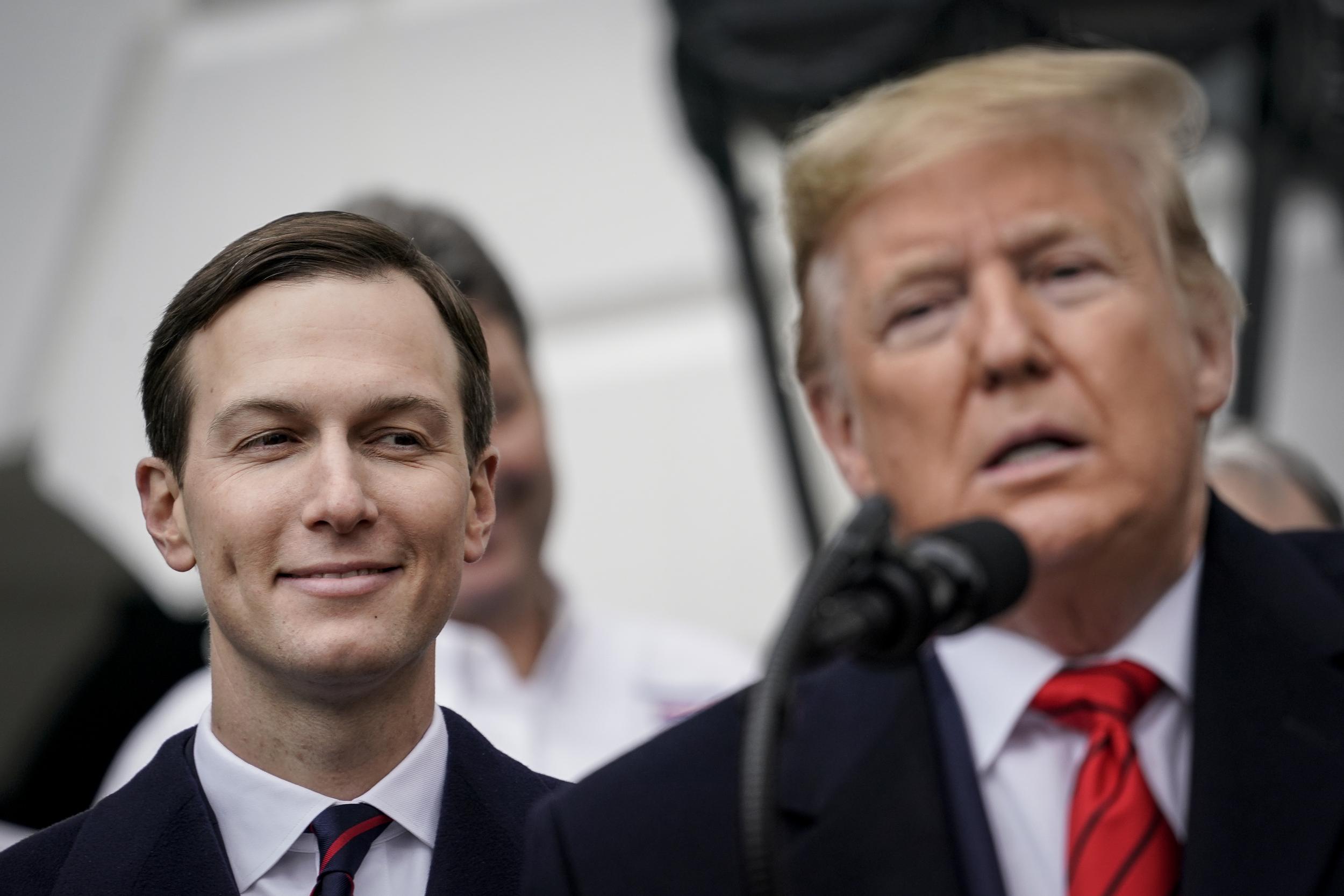 Jared Kushner, Donald Trump’s son-in-law and the architect of his Middle East peace plan, has trumpeted his knowledge of the decades-long conflict by mentioning that he has read 25 books on the matter.

On Tuesday, Mr Trump unveiled the “Peace to Prosperity” plan alongside Israeli Prime Minister Benjamin Netanyahu at the White House. The plan calls for the creation of a State of Palestine with its capital partially located in east Jerusalem.

Mr Trump characterised the deal as a “historic opportunity” for Palestinians to have their own state, and called it the “deal of the century” and a “win-win.”

Mr Kushner’s interview comes in response to criticism of the Middle East plan, including – but not limited to – its total lack of input from Palestinian leaders, its proximity to the Israeli elections in March, and its defence of Jewish settlements that have roundly condemned as illegal under intentional law. The plan also hands the Jordan Valley over to Israel, which is home to 65,000 Palestinians and grants Palestinians access to the River Jordan, which feeds the fertile agricultural lands in the valley.

In an interview with CNN’s Christiane Amanpour, Mr Kushner defended the plan, warning that the Palestinian leadership had better not “screw this up.”

“The Palestinian leadership have to ask themselves a question: Do they want to have a state? Do they want to have a better life? If they do, we have created a framework for them to have it, and we’re going to treat them in a very respectful manner,” Mr Kushner told Ms Amanpour. “If they don’t, then they’re going to screw up another opportunity like they’ve screwed up every other opportunity that they’ve ever had in their existence.”

“After the nonsense that we heard today we say a thousand ‘no’s’ to the Deal of the The Century,” Mr Abbas said.

According to a report from the Associated Press, Palestinian protestors responding to the plan burned tires and pictures of Mr Trump and Mr Netanyahu.

“I say to Trump and Netanyahu: Jerusalem is not for sale; all our rights are not for sale and are not for bargain. And your deal, the conspiracy, will not pass,” Mr Abbas said.

Mr Kushner intimated that a Palestinian rejection of the deal would cost them sympathy in the eyes of the international community.

“If they screw up this opportunity—which, again, they have a perfect track record of missing opportunities—if they screw this up, I think that they will have a very hard time looking the international community in the face, saying they are victims, saying they have rights,” Mr Kushner said. “This is a great deal for them.”