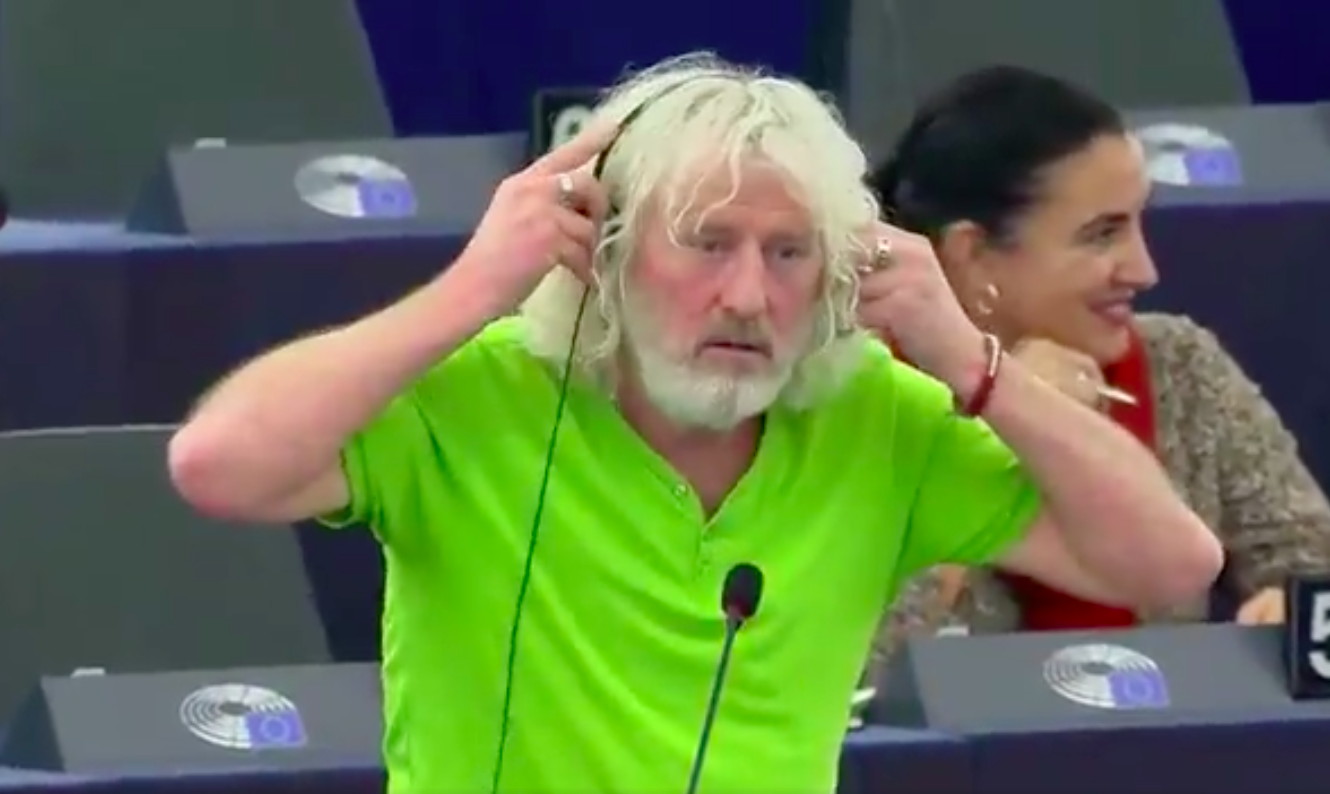 An Irish MEP has been reprimanded for calling Venezuela’s disputed opposition leader – or interim president – an “unelected gobshite”.

Mick Wallace, an independent member who was first elected in 2019, said the recognition of Juan Guaido as president by EU countries was “an absolute embarrassment” and “a disgrace on the part of the member states of Europe”.

Mr Wallace was speaking at a meeting at the European parliament in Strasbourg about the Venezuelan presidential crisis.

The meeting’s chair, Rainer Wieland, quickly cut Mr Wallace’s mic and said: “You did use the word ‘gobshite’, sir and I would reprimand you over that.”

The world is divided over whether Nicolas Maduro or Juan Guaido is the rightful president of Venezuela.

Mr Maduro, a left-wing populist, won a 2018 election – but NGOs and bodies like the EU, the Organisation of American States, and the United States have highlighted irregularities and said the poll was not free and fair.

Mr Guaido was proposed by the opposition-controlled national assembly as an acting president until new elections could be held, and was recognised by around 60 mostly western countries allied to the US.

But Mr Maduro’s government has accused Mr Guaido of being the figurehead of a US-backed coup d’etat, in particular pointing to a failed military uprising by his supporters in the army in April 2019.

Despite international recognition for the assembly’s candidate, Mr Maduro is believed to control the majority of state institutions, as of the start of 2020.