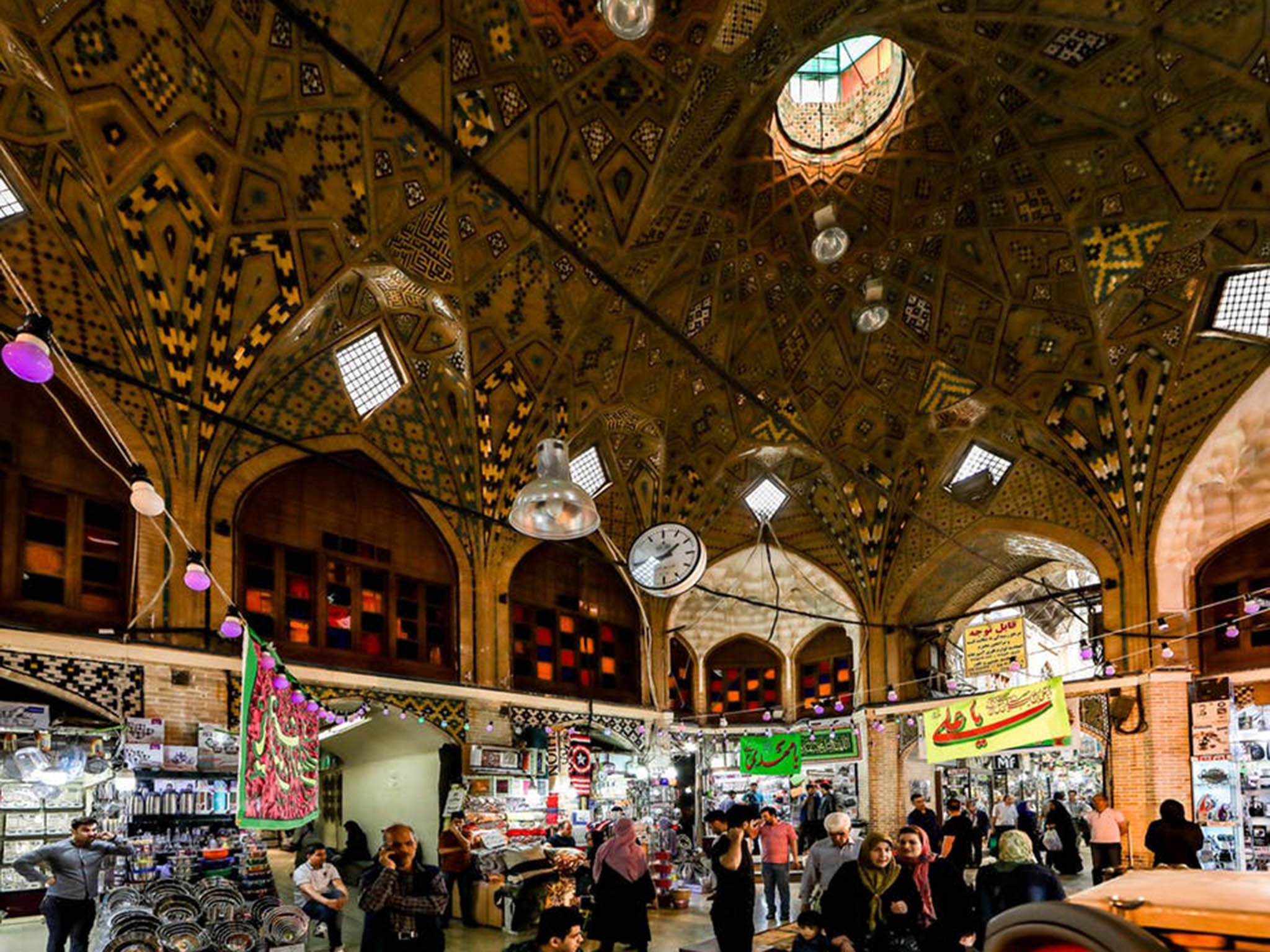 Too often, news about Iran is tainted by the politics of the day, particularly in the US. Recent protests by the bazaar merchants of Tehran were a case in point. Major news outlets in the US and elsewhere were quick to imply that Iran may be on a verge of another major rupture.

The bazaar is typically cited as a barometer for the socioeconomic and political situation in Iran. When the bazaar merchants strike, as they repeatedly did in the buildup to the revolution of 1979, there must be another revolution around the corner.

Yet, such one-sided historical analogies are flawed. In contemporary Tehran, the bazaar has ceased to play the central business and political role that it assumed in the buildup to the 1979 revolution which overthrew the regime of Mohammad Reza Pahlavi, the last shah of Iran.

Iran – the land where some 700 souls were executed last year

The bazaar played a major symbolic role in the revolution because it was a hub for the opposition, whose power base was the traditional lower-middle class. Back then, it played a major role in the day-to-day affairs of Tehran’s population. The bazaar was a city within the city, home to a population brimming with political and socioeconomic grievances against the shah. Under the beautifully arched ceilings first erected in the 17th century, a civil society infrastructure emerged geared to the revolutionary momentum that delivered the Islamic republic under the leadership of Ayatollah Khomeini.

In the labyrinthine matrix that makes the Grand Bazaar of Tehran such a fascinating urban space, the revolutionaries were able to keep their organisational autonomy in the face of intrusions by the shah’s security forces. At the height of the revolution, the bazaari gave out free drinks and food to the demonstrators and helped them hide from the monarch’s dreaded secret service.

After the revolution, the Grand Bazaar became a major institutional focal point in the chain of “Islamic” sites that galvanised the power of the newly formed Islamic republic. Ironically, as the Middle East scholar Arang Keshavarzian rightly argued in his excellent book on the topic, this alliance with the state transformed the bazaar into an economic unit, with waning political centrality. Whereas in 1979, the bazaar was a hub for revolutionary agitation, today it is complementary to the state.

Today, Tehran is a modern, decentralised, megalopolis with 15 million inhabitants. The bazaar, with its traditional trades, is flanked by sparkling shopping malls where affluent Tehranis spend their time in chic, air-conditioned boutiques offering a wide range of consumer goods and designer items.

A conservative power base

The bazaar continues to be seen as one of the many pillars of the Iranian state. But now, despite its history of opposition to the state, it is seen as an institutional hub for conservative politics in Iran.

In light of this, the recent discontent within the bazaar can be explained by two factors, both of them largely driven by the economic situation in Iran.

In the past six months, exacerbated by the economic warfare that the Trump administration is waging against Iran, the rial, the national currency, has lost almost half of its value vis-a-vis the US dollar. As a result, inflation is rampant, imports are costly and the exchange rate remains volatile. The one-day strike of the bazaari on 25 June was about these very specific and legitimate economic concerns.

At the same time, there is increasing frustration with the economic performance of the administration of President Hassan Rouhani. He has been targeted by part of a similar conservative groundswell that delivered the presidency of Mahmoud Ahmadinejad in 2005 by deposing the reformist camp around his predecessor, Mohammad Khatami.

Iran’s pragmatists and reformists have born the brunt of antagonistic US foreign policies which empowered the more conservative forces in Iranian politics. This was evident in the 2002 “axis of evil” speech by President George W Bush which paired Iran with US enemies such as North Korea and Iraq even at a time when Khatami had made several overtures to the US. This speech, and the subsequent introduction of ever more draconian sanctions against Iran, had a similar effect as the recent breach of the Iran nuclear agreement by the Trump administration. It caused the conservatives to both gain in popularity and allowed them to move against reformist elements.

In a similar way, the recent strike of the bazaari can be seen as a jibe against Rouhani, and an act of support for a conservative, future president.

Once again, Iranians are articulating very specific demands related to the economy. But this is a part of the reform process in the country and not a revolutionary movement. The strike of the bazaari is the latest manifestation of the political prowess of an immensely potent civil society in Iran. And it is exactly because of this ability to organise and articulate their specific demands that Iranians have repeatedly managed to garner concessions from successive governments in their country – in many ways against all odds.

Arshin Adib-Moghaddam is a professor in global thought and comparative philosophies at SOAS, University of London. This article first appeared on The Conversation