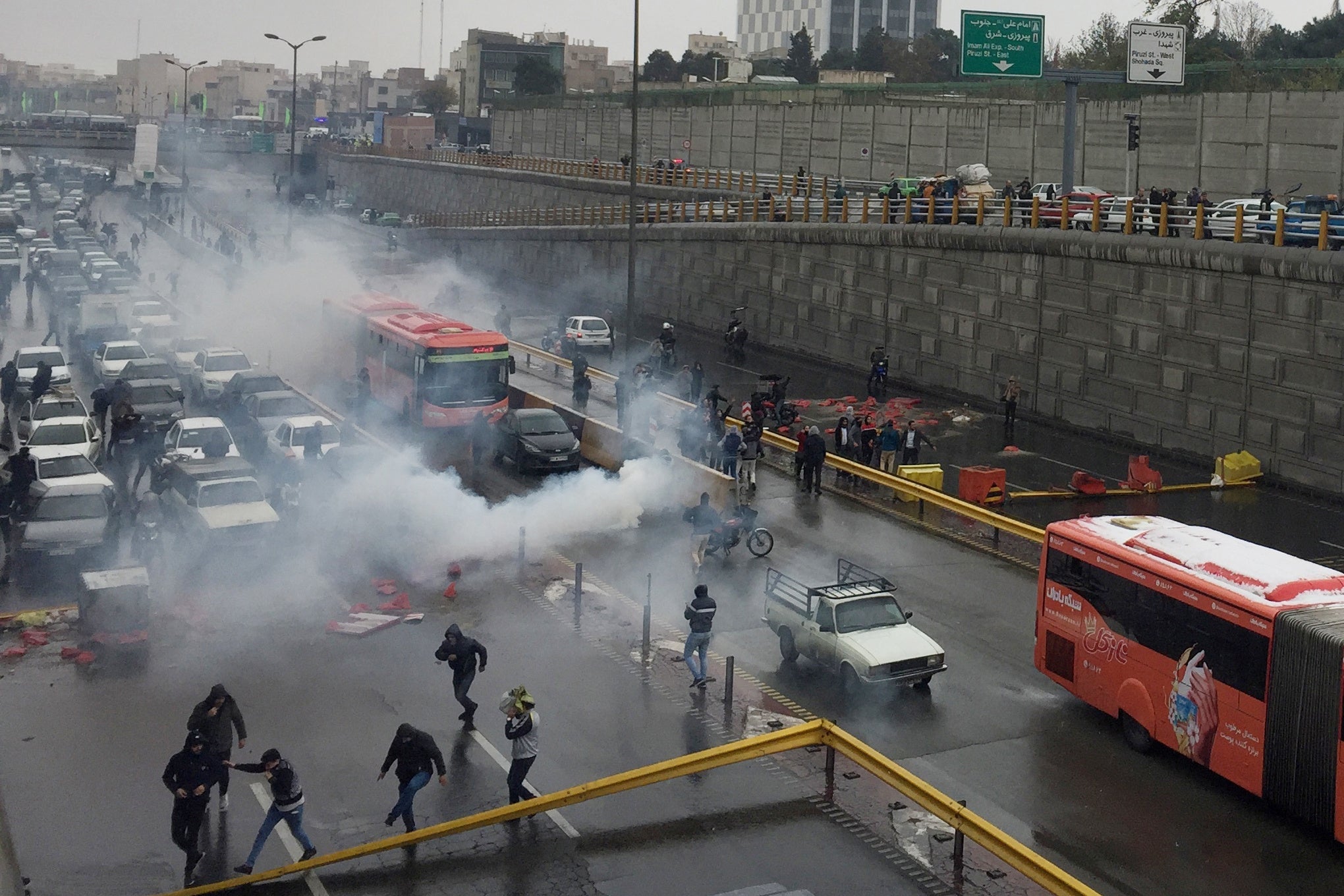 Prominent Iranian artists, inside and outside the country, have reacted to the brutal crackdown of recent protests in Iran.

Actors, directors, and musicians have been speaking up in support of the protesters and against the violent response by the state.

Dozens of artists living inside Iran published a statement in support of protesters, saying they will not forget the young faces of the dead, who were killed and then ignored by associating them with “foreigners”. The statement condemned the violation of the people’s “most basic human rights” and their “most apparent needs”, and warned that people’s voices “will remain in history”. Prominent filmmakers including two-time Oscar winner Asghar Farhadi and Berlinale-winner Jafar Panahi, as well as well-known musicians Hossein Alizadeh and Kayhan Kalhor, are among the signatories of the statement.

When prominent artists and cultural figures comment on politics, they help raise more awareness about the issue, said Nader Hashemi, director of Middle East studies at the University of Denver.

“It keeps alive questions of social injustice and extends their reach into sectors of society that may not be overtly political or politicised,” he said. “Think about George Clooney’s work on Sudan or Sean Penn’s heroic efforts on Haiti.

“Iranian artists today, to their credit, are performing a similar role. This is a nightmare scenario for Iran’s authoritarian leaders who want the society (and the world) to forget about the recent massacres.”

The recent wave of anti-government protests across Iran was brutally suppressed by the security forces. Amnesty International has reported that over 200 people were killed in the crackdown, and government officials have acknowledged over 7,000 people have been arrested.

Perhaps the most artistic response has been by the godfather of Iranian rap music, Hichkas, who has released a song about the recent protests and the inequality that plagues the Iranian society. In the song, titled “Clenched His Fists”, the exiled rapper states the various grievances that led to the demonstrations, and describes the brutality of the security forces. The song is in the spoken word format and includes audio snippets recorded by protesters on the street, where voices can be heard saying “they are shooting people”.

The song is very politically explicit and speaks of Iran as a cage where people are stripped naked, pointing to the economic suffocation that people feel, said Nahid Siamdoust, an anthropologist and cultural historian at Yale University.

“He is speaking here to his fan base, whom he defined in an interview with me as ‘kaf-khab-ha’, those who sleep on the floor,” she said. “And perhaps due to time constraints in producing a track quickly, this one is more declamation set to music than his other work which is much more musical,”

The lack of musicality could also be artistic licence, she adds, since the piece is “very angry” and there is no sense of hope like there was in his previous political track released in 2009.

​Golshifteh Farahani, an Iranian actor who has been living in exile in France for the past decade, also carried out an extensive and moving interview about the violent response to protests and the high number of people killed, wounded, or arrested. Speaking to Brut America, Ms Farahani explained that many protesters started demonstrating because of a hike in gas prices, but “never came back home”. In the emotional video, the renowned actress stated that the killed protesters were “son of some people”, “fathers of some people”, “daughters of some people”, and “they are dead now”.

Another prominent musician living in exile, Mohsen Namjoo, has also released a song titled “The Wind Blows” and dedicated it to “Pouya Bakhtiari and all innocent lost lives”.

Pouya Bakhtiari was a 27-year-old engineer living in a city outside of Tehran, who was shot dead in the protests and became the face of the many youths who were brutally killed by security forces.