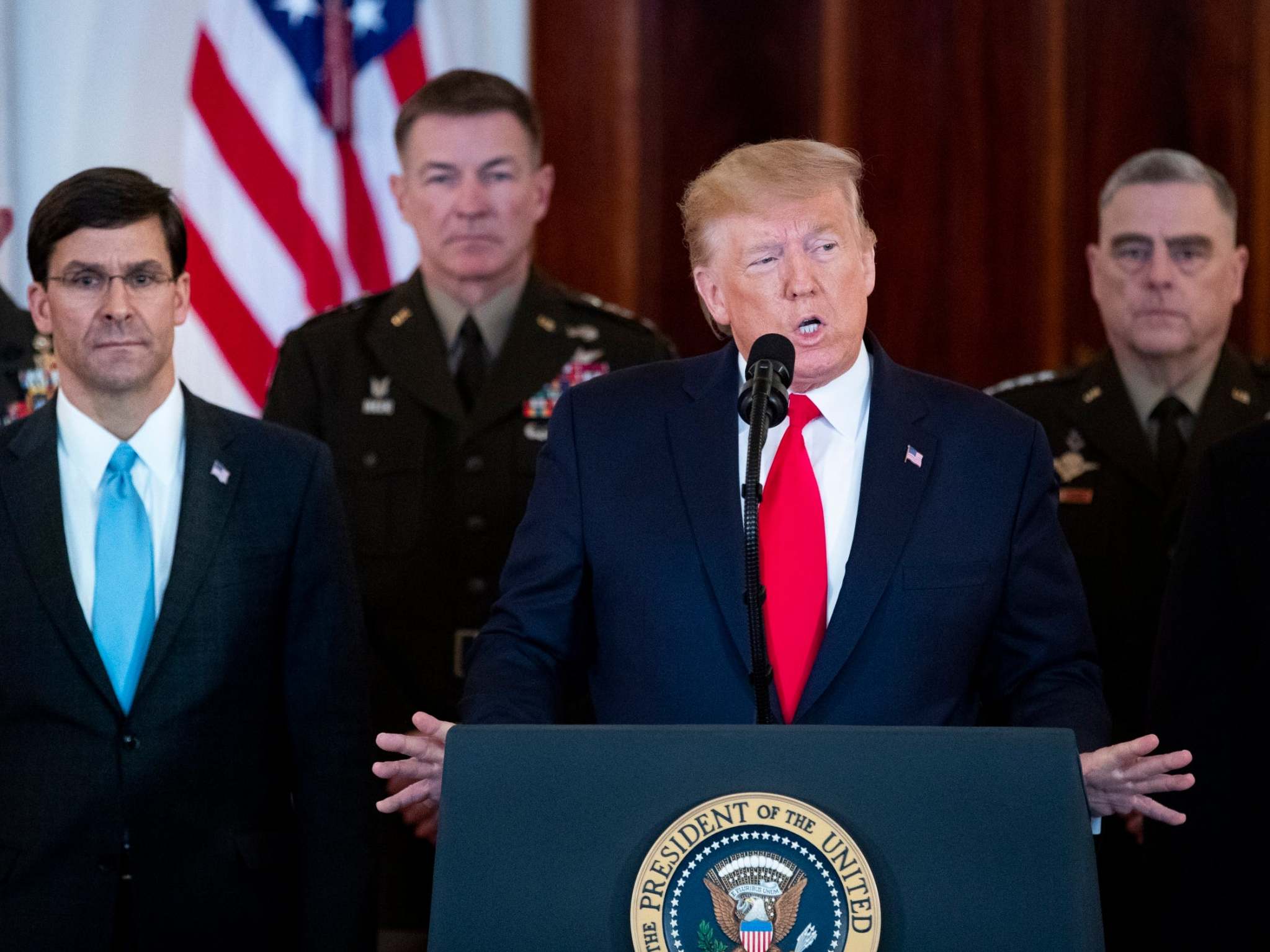 Iranians had promised “severe revenge” for the assassination of their top general Qassem Soleimani, and on Tuesday night they delivered. Missiles were launched from Iranian soil into a large airbase in Iraq where hundreds of American forces are stationed alongside others.

But the high profile attack seemed to have been planned in a way to leave no casualties and rather serve as a warning that although Iran is not able to attack US soil, they have the will and capability to attack US bases in other countries across the region.

The retaliation seemed to be calculated in a way to avoid further escalation and offer an exit ramp for Donald Trump out of this episode. And the American president took it.

“Iranians are used to IRGC commanders being killed in battle every year,” said Hamzeh Ghalebi, an Iranian political analyst living in France. “But Soleimani’s assassination outraged Iranians because of the way it was done, so publicly and with such humiliation, followed by Trump’s reaction that basically meant we can do whatever we want and if you respond we will attack you.”

Mr Ghalebi told The Independent Iran “had to take this step for its survival”. “Iranians needed to retaliate militarily because if they didn’t, the balance of power in Washington would shift towards those who argue that attacking Iran has no cost. So they had to raise the cost to avoid a war.”

In a public address to the American people on Wednesday morning, Mr Trump explained that there have been no casualties from the attack and he is going to respond to Iran with more sanctions and not further military action.

After a long night of fearing an imminent war breaking out between the two countries, many in Iran, Iraq, and across the region will breathe a sigh of relief. But the proxy war between the world’s superpower and the region’s power has not ended. And conflict may ensue again soon unless a major shift happens in the long-term policy.

“The fundamentals of the trajectory of the conflict between the US and Iran have not changed,” said Joel Rubin, former deputy assistant Secretary of State in the Obama administration, adding that: “We are still on a tinderbox and the Trump administration’s goals are neither clear nor is there a plan for how to achieve them beyond the current maximum pressure campaign.

“We need a different path to avoid having this repetitive conversation about whether or not we are going to war. Because right now that’s the path we continue to be on. One has to question the real objectives of President Trump’s policy because if it’s about reining in Iran’s regional behaviour and nuclear ambition, it is not achieving those results,” Mr Rubin told The Independent.

In his statement, Donald Trump called on other parties of the Iran nuclear deal – UK, France, Germany, Russia, and China – to break away and get on board with him trying to negotiate a new deal with Iran. But right now there doesn’t seem to be any chance for serious diplomacy between Tehran and Washington, unless a breakthrough happens after the dust settles.