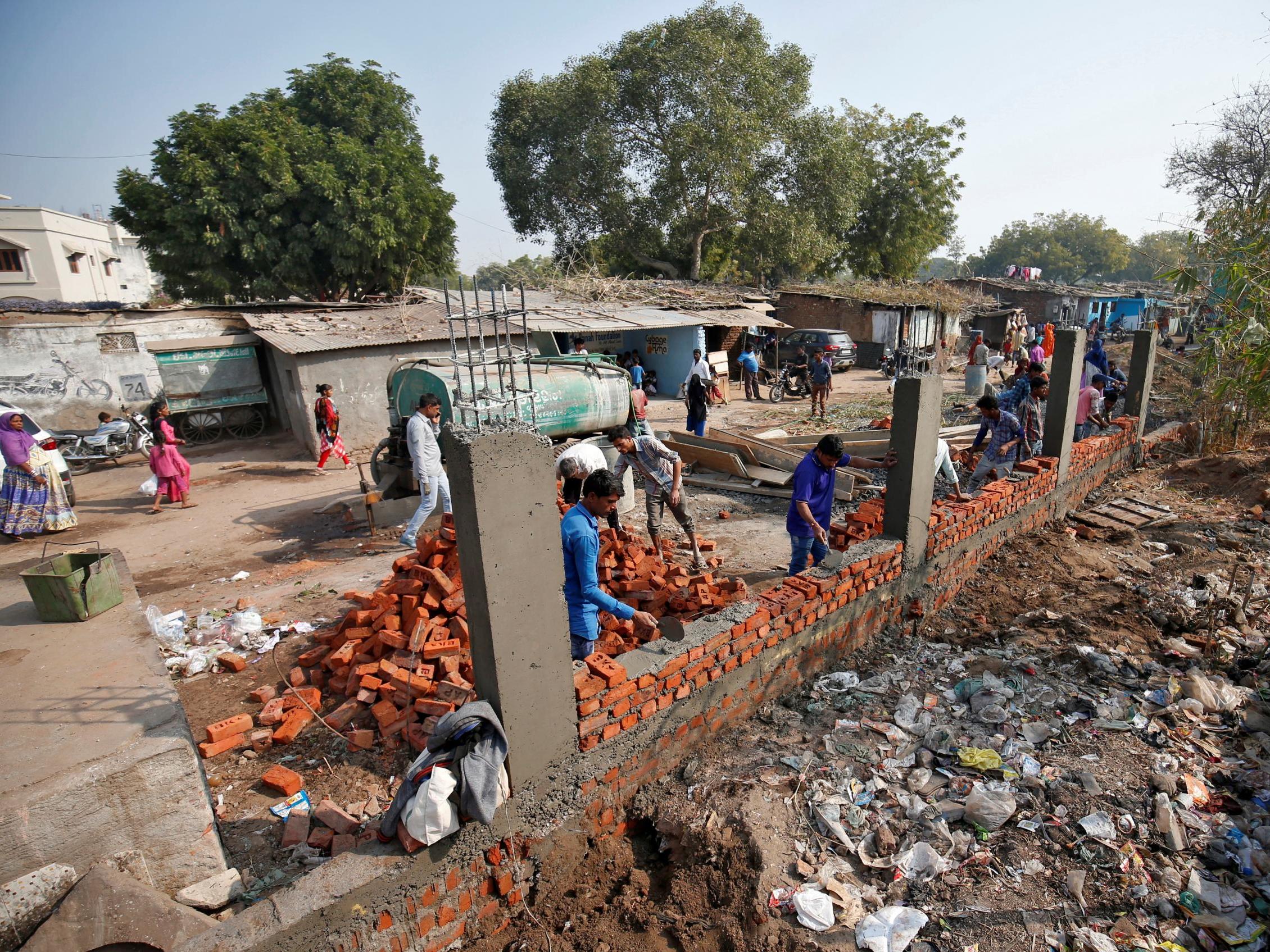 Donald Trump will be shielded from the sight of slums by a newly built wall when he visits the city of Ahmedabad during a visit to India this month.

A senior government official said the wall was being built for security reasons, not to conceal the slum district.

But the contractor building it told Reuters the government “did not want the slum to be seen” when the US president passes by on the ride in from Ahmedabad’s airport.

“I’ve been ordered to build a wall as soon as possible, over 150 masons are working round-the-clock to finish the project,” the contractor said, speaking on condition of anonymity.

The government official conceded that the wall was part of a “beautification and cleanliness” drive.

Whatever the reason, the 400m-long and 7ft-high wall will prevent the US leader from getting a glimpse of a slum district that houses an estimated 800 families.

Mr Trump, who has made his pledge to build a wall along the United States’ border with Mexico a feature of his presidency, will visit India on 24 and 25 February to reaffirm strategic ties that have been buffeted by trade disputes.

He is expected to attend an event dubbed “Kem Chho Trump” (“How are you, Trump”) at a stadium in Ahmedabad along the lines of the “Howdy Modi” extravaganza he hosted for Indian prime minister Narendra Modi in Houston last September.

Speaking at the White House on Tuesday, Mr Trump quoted Mr Modi as saying “millions and millions of people” would attend the rally.

The event provides Mr Trump, who was impeached in December, with the opportunity to woo the support of hundreds of thousands of Indian-American voters ahead of the US presidential election in November.

But some slum dwellers whose homes will be cordoned off by the wall in Ahmedabad – the largest city in Modi’s home state of Gujarat – said the government was wasting tax-payer money to hide the poor.

“Poverty and slums are the reality of our life, but Modi’s government wants to hide the poor,” said Parvatbhai Mafabhai, a day worker who has lived there with his family for more than three decades.