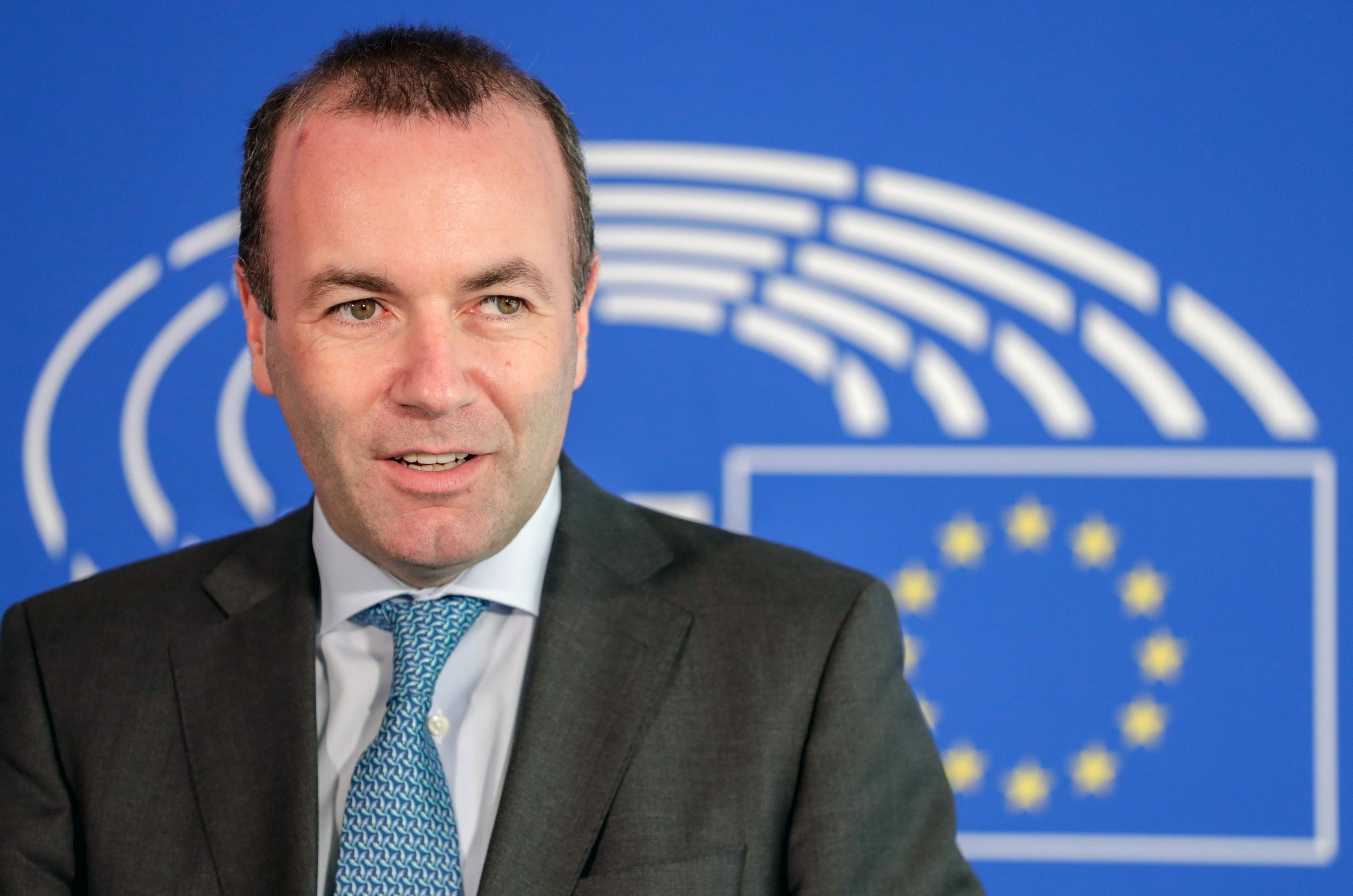 EU leaders are “damaging democracy” by ignoring the results of the European parliament elections, the leader of the legislature’s largest party has said.

Manfred Weber, whose centre-right group won last month’s contest, said the decision by leaders to reject all the candidates for European Commission president and instead pick a little-known ally of Angela Merkel in a closed meeting was “not the Europe I imagined”.

It comes as a poll by German broadcaster ARD found that the German public does not support the appointment of Ursula von der Leyen, the leaders’ pick for the top job. More than half (56 per cent) said they did not agree with the decision. Another recent poll in Der Spiegel magazine found she was the second most unpopular cabinet minister in Germany.

“Suddenly we see that Macron and Orban are working together and damaging the democratic principles of Europe,” Mr Weber, who was the lead candidate for the winning European People’s Party, said on Friday morning.

“I can honestly say that this is not the Europe I imagined. I will continue to fight for the democratisation of the EU.”

Speaking on Friday morning Jean-Claude Juncker, who Ms Von der Leyen is set to replace, said the process for appointing his successor was “not very transparent”.

“I was the first and the last spitzenkandidat,” he said, referring to the system of parties picking lead candidates for the job ahead of the election. “Unfortunately it did not become a tradition.”

As negotiations came to a close earlier this week, a spokesperson for Mr Orban said: “In our unity, the Visegrád Four [central and eastern European countries with populist governments] have again demonstrated our growing strength and influence over the direction of EU.

“After defeating Weber, the V4 prime ministers have toppled Timmermans as well. As negotiations continue we have put on the EU table a package that is winning acceptance among a growing number of member countries: the Visegrád Four support German minister of defence Ursula von der Leyen as the next EU Commission president.”

While the nomination for Ms Von der Leyen by the Council requires European parliament approval, MEPs are not expected to block her, in part to avoid a showdown between EU institutions.

In a sitting at the parliament on Thursday, the body’s different political groups from across the spectrum lined up to criticise the process as an undemocratic carve-up.