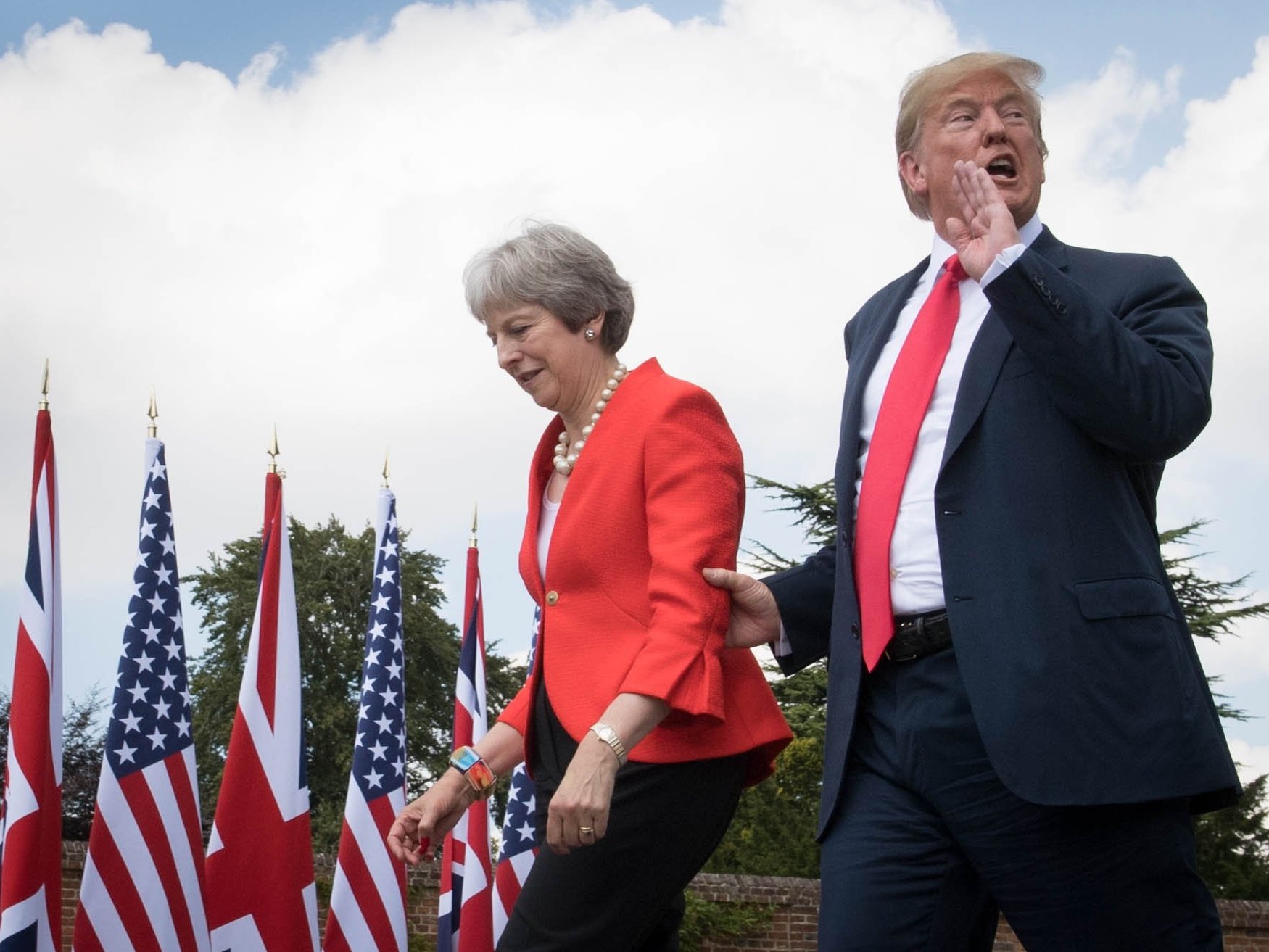 Transatlantic diplomacy has been severely tested with the arrival of Donald Trump in the UK.

Before the US president had even landed, warnings came about Theresa May’s Brexit plan, with Mr Trump saying he was not convinced her proposals were “what people voted for”.

The “special relationship” was strained further when, just hours into the US president’s four-day visit, Mr Trump strengthened that argument, claiming the prime minister’s plan would “kill” the prospect of a US-UK trade deal.

Donald Trump and Theresa May: what they said – and what they meant


Mr Trump denied criticising his British counterpart in a joint press conference on Friday, but by then, arguably, the damage had been done.

So how have other world leaders handled the undiplomatic president?

The outgoing Mexican leader, Enrique Pena Nieto, called off a visit to the US earlier this year after a testy phone exchange with his American counterpart.

Mr Trump made a border wall along the southern US border a key plank of his presidential campaign, and the issue flared up during a phone call.


According to a transcript, the president went off script, bringing up the wall, prompting Mr Pena Nieto to reply that his government would not support the initiative.

Mr Trump grew increasingly exasperated after Mr Pena Nieto refused to drop the issue and move on to other topics.

It was then that the two decided a Washington visit would not work.

The Mexican leader’s willingness to push back against his US counterpart was only surpassed by his predecessor, Vicente Fox, who told the BBC Mr Trump should “go to hell” in the days after his inauguration.

“He’s saying he proposed to Pena that he’s willing to send in the US Army,” Mr Fox said. “Go to hell Trump. Mexico does not admit in its territory by constitution armies coming from anywhere in the world.”

North American neighbours they may be, but a shared 1,500-mile border was not enough to stop relations between Mr Trump and Justin Trudeau souring following the latest meeting of the G7.

Trump backs out of joint G7 communique with attack on Trudeau


Mr Trump launched a blistering attack on the Canadian prime minister, describing him as “meek and mild” and “very dishonest and weak” in the space of one tweet.

That came after a fractious gathering in Quebec in which Mr Trump first appeared to put his name to a joint communique before withdrawing his support for the statement from the comfort of Air Force One at 35,000ft.

But Mr Trudeau has proven Mr Trump’s characterisation of him as submissive to be wrong.

After Trump had departed the G7 for his meeting with Kim Jong-un in Singapore, Mr Trudeau held a press conference in which he threatened to retaliate against US tariffs on aluminium and steel.

“These tariffs are an affront to the long-standing security partnership between Canada and the United States, and in particular, to the thousands of Canadians who have fought and died alongside American comrades-in-arms,” he said.

“American tariffs on Canadian aluminium & steel are unacceptable. As we have said, we will always stand up for our workers, and today we’re announcing retaliatory measures to this attack on our industry.”

Much has been made of the power play between the other transatlantic special relationship linking Paris and Washington, with Emmanuel Macron and Mr Trump’s lengthy handshakes (one lasting for 30 seconds, another leaving the US president with an imprint of the Frenchman’s thumb on his hand) becoming a regular feature of diplomatic events.


The two leaders have projected a friendly relationship with one another, exchanging kisses on the cheek and slapping each other’s backs in affectionate displays that left observers describing the pair’s nascent friendship as a “bromance”.

But Mr Macron waited for a three-day state visit to launch a thinly-veiled verbal attack on the US president, telling assembled congressmen to reject “isolationism, withdrawal and nationalism” in a subtle nod to the president’s “America first” policy.

Mr Macron said US involvement in the global community was vital and US opposition to the Paris climate accord and international trade agreements was short-sighted.

The French president even took a dig at Mr Trump’s 2016 campaign slogan, calling for the United States to help “make our planet great again”.

Angela Merkel faced a broadside from Mr Trump during the recent Nato summit, when he singled out Germany’s reliance on foreign energy as leaving them a “captive of the Russians”. There was also a familiar complaint about defence spending.


The East Germany-born chancellor replied: “I have experienced myself how a part of Germany was controlled by the Soviet Union.

“I am very happy that today we are united in freedom, the Federal Republic of Germany. Because of that we can say that we can make our independent policies and make independent decisions.”

Another world leader, another awkward handshake. But in Portuguese president, Marcelo Rebelo de Sousa, the powerful grip of Mr Trump found a rival.

Footage showed Mr Rebelo de Sousa powerfully yanking Mr Trump towards him as the two leaders clasped hands, with the US leader even appearing to briefly lose his balance during the encounter.