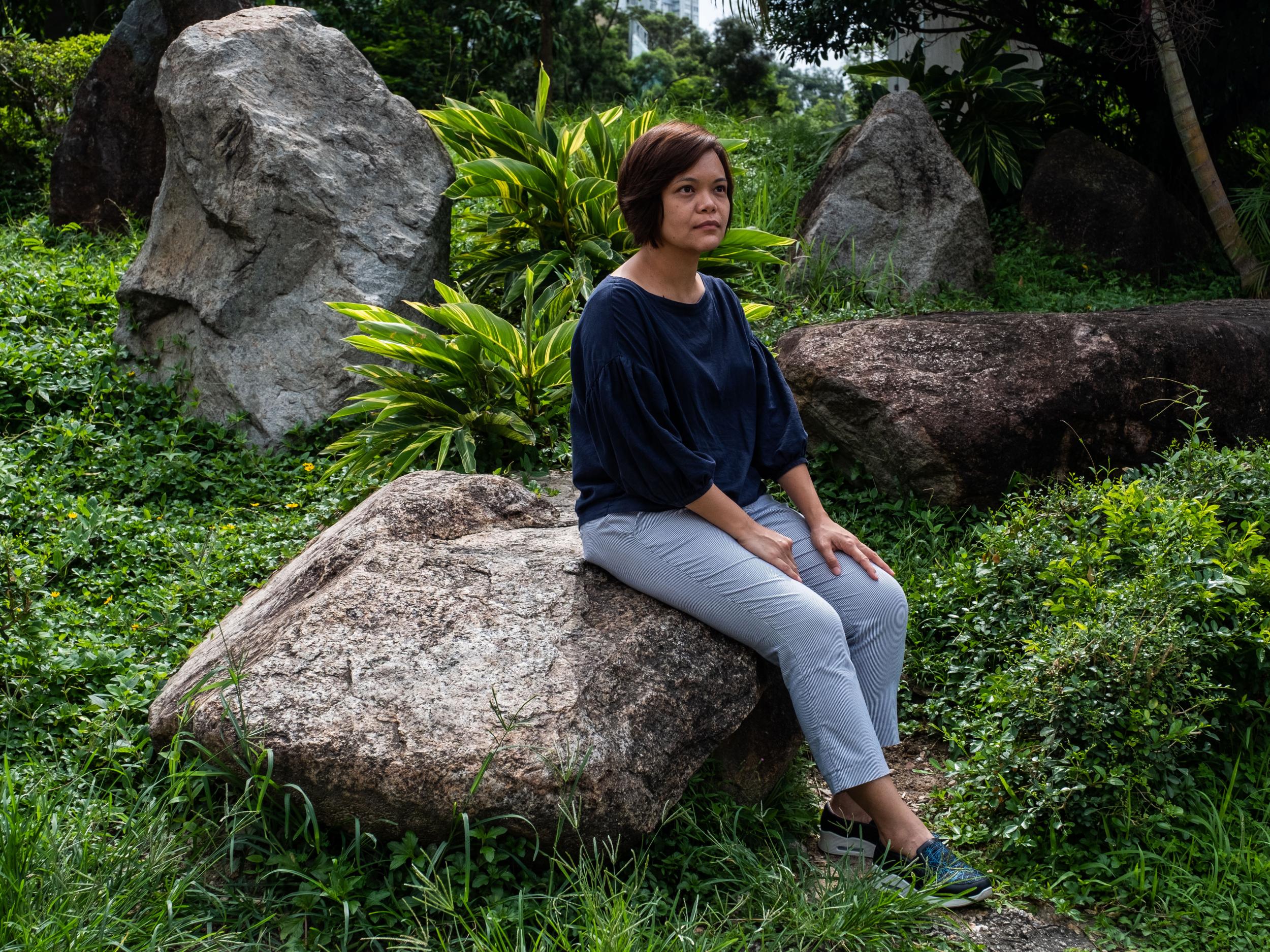 They traded school uniforms for black T-shirts and face masks. They lied to their employers for a day off. Babysitters watched young children while the parents were away at protests. Across Hong Kong, otherwise average lives have been transformed by a wave of dissent against Beijing’s increasing influence over the former British colony.

The spark for the demonstrations was a proposal to allow extraditions to China. But they reignited fears that Hong Kong will lose its relative autonomy – a promise under the “one country, two systems” framework – if they do not take a stand. Their movement has been deliberately leaderless. That is partly to avoid prosecution, but also to empower all. Strategies are debated on messaging boards, protest routes are planned on secure apps.

The demonstrators draw on the echoes of their generation: Beijing’s Tiananmen Square in 1989 for the older ones, the Umbrella Movement protests in Hong Kong in 2014 for those who are younger. They all, however, see this fight as one that will define Hong Kong for years to come.

Gloria Kwong’s political awakening came when she watched television broadcasts of tanks rolling down the streets of Beijing, crushing the student uprising in Tiananmen Square.

“I was only in secondary school, like the age of the young people on the streets today,” Kwong, 44, says. “My eyes were opened.”

After the 1997 handover of Hong Kong to China, she watched with fear as Chinese influence crept into her city. In 2012, Kwong was among a group of parents opposing a “national education” proposal to promote Chinese communism and denounce western democracy. Protests forced authorities to back down. She found herself rushing to the protests and campaign meetings while still breast-feeding her second child.

“There are so many examples telling me that, as a mother, I need to stand up for my children, especially when they are so young and don’t have a voice,” she says.

Last month, after police teargassed and shot projectiles at protesters surrounding the legislative building, Kwong and her friends discussed what they could do.

“We thought: if there was a more mature adult, standing among them, will the police still dare to do this?” she says.

Then came Hong Kong leader Carrie Lam’s comments that same night, when she compared protesters to her own sons and said she could not indulge “wayward behaviour”. Kwong and others had enough. They organised the first of two mothers’ rallies. The second had around 8,000 people. People have likened their efforts to the Tiananmen Mothers, a group of Chinese activists who lost children in the 1989 protests and have dedicated their lives to pushing for democracy. Kwong feels uncomfortable about the comparison.

“I want to do what I can do now, so we don’t become Tiananmen mothers later,” she says.

Jenny Chan and her 28-year-old son, King, share a small two-bedroom apartment in Tuen Mun, a suburb of Hong Kong far from the city’s iconic harbourfront skyline. They also share political views, a rarity as generations often find themselves bitterly divided in their responses to upheavals. The young have been mostly on the forefront of some of the most radical moves – particularly the storming of Hong Kong’s legislature on 2 July. Some protesters have returned home to parents who have tried to punish them, ground them or kick them out of their homes. Jenny – acknowledging that, at 61, she is past her prime to be on the front lines – is still there in spirit.

“I am not brave enough to be breaking into buildings,” she says. “But we all have our own way to speak up.”

She watched her son don his helmet and mask before he rushed out on the night the legislative building was occupied.

“Some people here only want to protect their money or power,” she says fiercely. “I have always taught my son what my mother taught me: that we must raise our voice if we see any injustice and speak out for what is fair.”

The unforgiving economics of Hong Kong life are never far from politics. Their family once lived in a large village home, its 2,000 square feet offering King and his brother ample space to grow up. Then rents were raised until it was no longer affordable. Jenny and her son are still renting, but this time just 400 square feet.

“If we look around, we see this huge gap in wealth, and there are no longer opportunities to work hard and be successful,” she says.

With a box of chocolate biscuit sticks in her hands and a chequered school dress, it is hard to imagine Gigi battling riot police in the street. Yet there she was: wearing a black face mask and standing behind a cluster of metal barricades on 12 June, when protesters surrounded the Legislative Council building. She heard what sounded like an explosion. Someone thrust a pair of goggles into her hands. Then she felt it for the first time: the teargas that burned her skin and clouded her vision.

Back home that evening, she was silent during dinner with her parents. She didn’t want them to worry. They quarrelled the night before after attending a memorial for a young woman who had died by suicide and linked it to the extradition bill in her goodbye note.

“I wasn’t out hanging out with my friends or watching a movie,” she says, fighting back tears. She couldn’t understand why her parents – who took her to her first political rally in 2012, over the suspicious death of a Chinese dissident – were arguing rather than offering condolences.

That rally, she says, was a “turning point.” After that, she stopped being proud to call herself Chinese. Two years later, during the 79-day occupation of Hong Kong’s streets demanding a direct vote for Hong Kong officials, Gigi ferried supplies back and forth to those camped out on the roads. Though isolated among her friends, who are losing interest in the demonstrations, she says she cannot focus on anything but the protests. So the tiny 16-year-old, just over 5ft tall and weighing 90lbs, has gone by herself to recent rallies.

“After being teargassed, I was no longer afraid,” she says. “I understand that police may settle old scores later, but there is nothing else I can do.”

Louis, an immigration official, has manned various border crossings into Hong Kong: the airport, ferry terminal and overland routes from the mainland. This gave him a close-up view into what he sees as among the biggest threats facing his home: an incursion of long-term Chinese residents into Hong Kong, under a scheme that allows 150 per day to arrive on “one-way” permits.

“We have no choice in who these people are,” says Louis, who gave only his nickname to avoid possible reprisals from his bosses or authorities. “This is a policy that is very good for China, for them to brainwash Hong Kong by letting these people come here and spread their ideologies.”

Almost one million Chinese had arrived through this scheme by the end of 2016, a sizeable chunk of Hong Kong’s roughly 7.3 million people. They’ve served to reinforce a view in Hong Kong that the government is not concerned with the myriad issues locals face – sky-high rents, wages that cannot keep up – but work to please Beijing. Louis himself continues to live with his parents, sharing a room with siblings. His salary of $3,000 a month is decent, but makes any other option impossible. He applied for his own place through a public housing scheme when he was 18, and got a notification just last year informing him that he finally got a unit. By then, he was over the maximum income.

“If we are looking to take the next step in life, we need money, housing,” he says. “But these are not things we can imagine having.”

On the streets, he takes extra caution – never on the frontlines, always with a mask – fully aware he needs his job. He runs into colleagues often. They give him a knowing look. They know the risk. One colleague was stopped and searched during protests in 2014. The officer who found his government ID immediately called his supervisor. He was not fired but received a “black mark” that probably stalled his career.

Louis is celebrating his own small victory: getting his cautious mother out to a march for the first time on 16 June.

“It totally changed her mind,” he says. “She now realises that there is abuse of power all around, from the government to the police.”