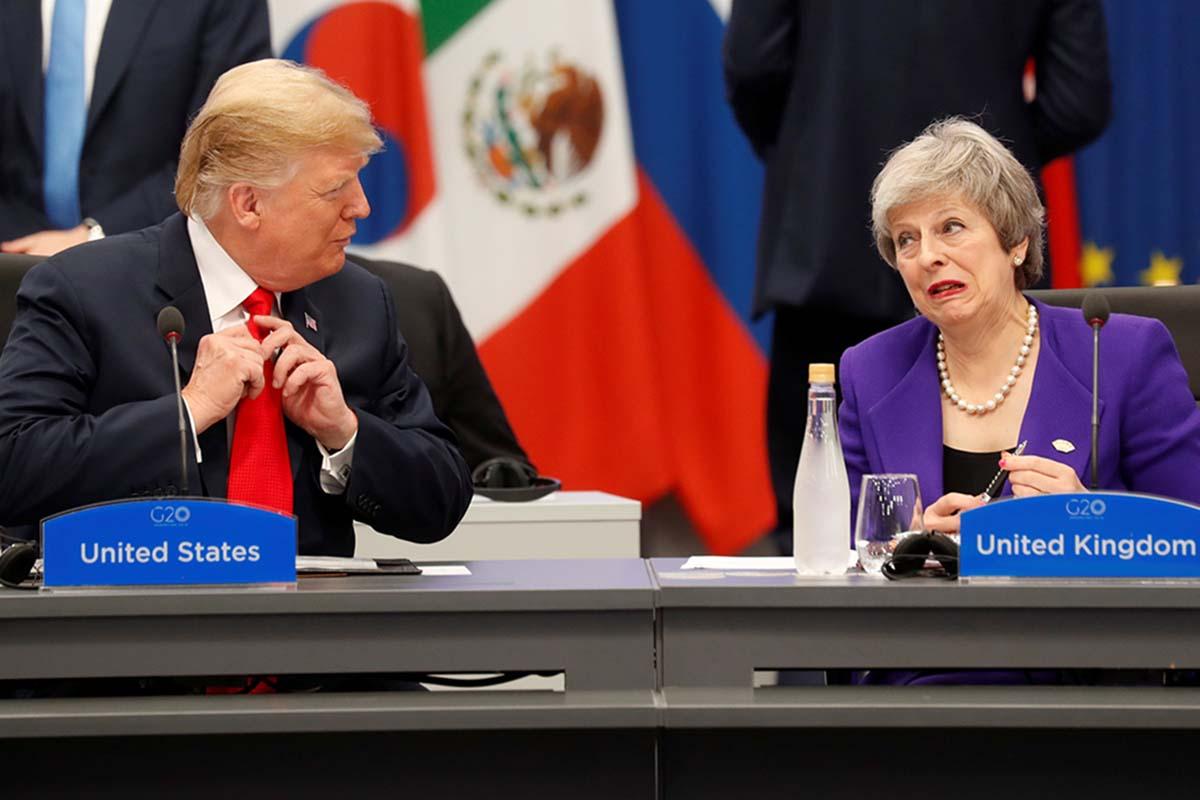 Trade wars, trade deals and a snub for Russian President Vladimir Putin took up most of Donald Trump ‘s first day at the G20 Summit in Argentina.

After Mr Trump had scrapped a high-profile meeting with the Russian leader following a clash between Moscow and Ukraine, Mr Putin turned to China and Turkey to fill the gap left in his schedule.

Mr Putin and Mr Trump “said hi to each other,” according to the Russian leader’s spokesman — but didn’t shake hands or otherwise interchange, even during the “family photo” when leaders rub elbows as they get into place and usually exchange small talk.

The issue of trade appeared to dominate bilateral discussions Friday, as officials pondered what may come about from a planned Saturday dinner between Mr Trump and Chinese President Xi Jinping. Both nations have continued to hit each other with massive tariffs as analysts worry the dinner may not bring about a calming of tensions.

Meanwhile, Mr Trump was celebrating a revised North American trade pact called the United States-Mexico-Canada Agreement, otherwise known as USMCA, as the three countries came together for an official signing ceremony. Despite each nation’s legislature still needing to vote on the new agreement — including the newly-Democratic US House of Representatives — the president said he was willing to work with Congress on the “historic” deal.

“We have worked hard on this agreement … It’s been long and hard and we have taken a lot of barbs and a little abuse and we got there, it’s great for all of our countries,” he said alongside Canadian Prime Minister Justin Trudeau and Mexican President Enrique Peña Nieto. “I look forward to working with members of Congress and other USMCA partners and I have to say it has been so well reviewed I don’t expect to have very much of a problem to ensure the complete implementation of our agreement.”

As for the Putin cancellation, Mr Trump and the White House made clear that he was cancelling the talks due to the increasingly tense Russia-Ukraine conflict, though many saw the abrupt announcement — which arrived amid explosive new reports surrounding a Trump Tower project in Moscow he was looking into during the 2016 election — as an excuse to avoid the optics of being seen with Mr Putin at this time.

The Kremlin continued to assert the two leaders would hold an informal discussion during the summit, with a spokesperson telling reporters they had not received any official notice from the White House calling off the conversation.

As Mr Trump appeared to play hard to get with the Russian president, world leaders also seemed to sideline Saudi Crown Prince Mohammed bin Salman during the official “family photo” over the murder of journalist Jamal Khashoggi, who was killed inside the Saudi consulate in Istanbul last month.

French President Emanuel Macron confronted the crown prince during an informal discussion at the event, saying “you never listen to me” in a recorded portion of the conversation that has since gone viral. The Saudi leader assured Mr Macron he would meet and speak with him while smiling and laughing throughout the exchange.

“I am a man of my word,” Mr Macron concluded in the clip.

Mr Trump reportedly met with the crown prince during an informal meeting as well, with a Saudi-owned news network claiming the two “had a friendly meeting.”

The network did not reveal further information on what was discussed, only stating that the two world leaders “had a friendly meeting”.

The president pushed back against Saudi Arabia’s description of a “friendly meeting,” however, saying the two exchanged pleasantries but “had no discussion.”

Meanwhile, anti-capitalist protestors made their way to Buenos Aires by Friday, where officials and security teams responded with heavy crowd control.

Also amid the protest demonstrations was the inflatable “Trump Baby,” depicting the US president as an orange child.