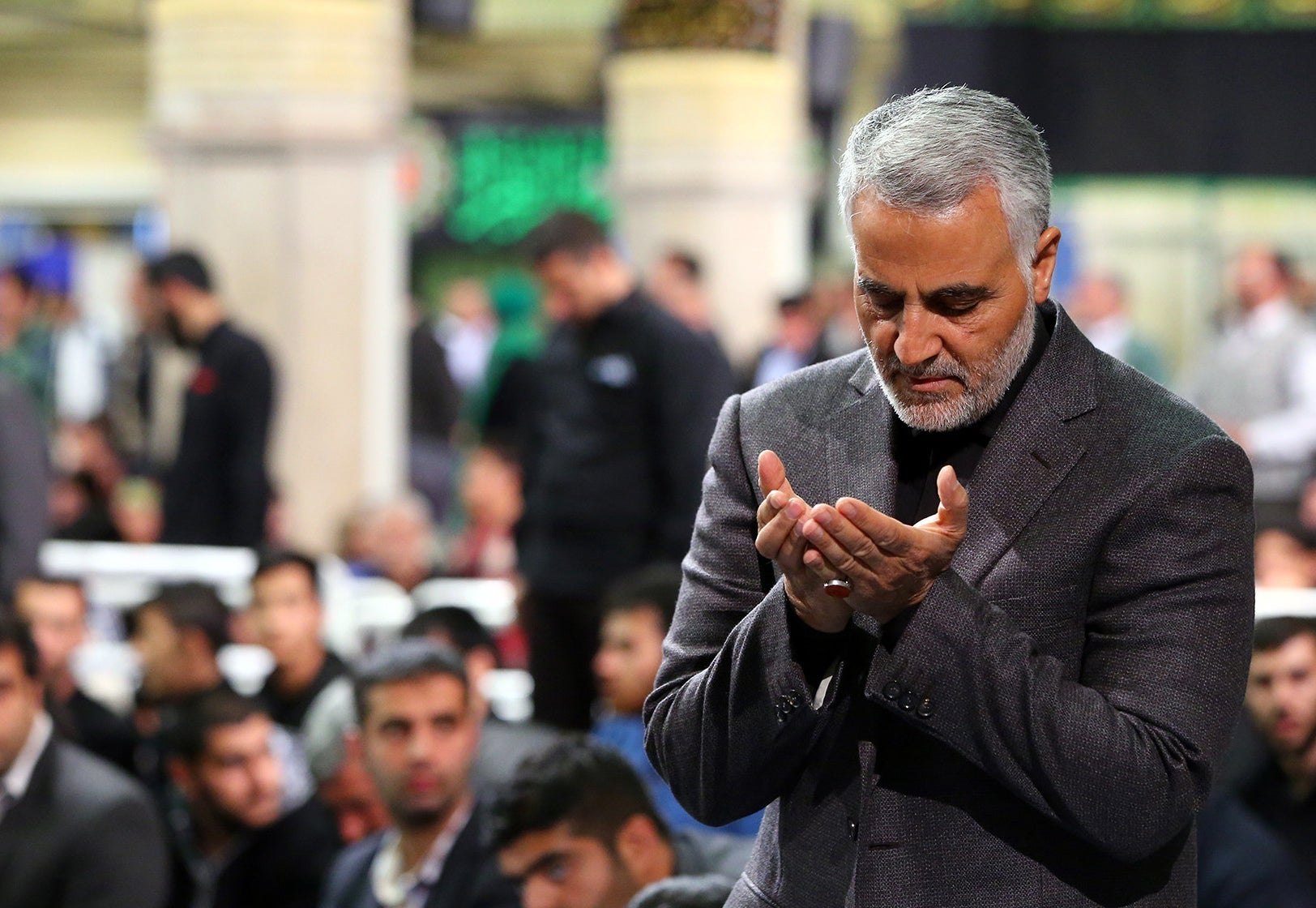 Iranians woke up Friday morning to the shocking news of the targeted killing of major general Qassem Soleimani, commander of Iran’s elite Quds force, by the United States in Iraq.

The killing of one of Iran’s most powerful and feared men, who was the mastermind of Iran’s military presence and proxy wars across the Middle East, drew backlash from different political factions inside Iran and became a rallying cry against the United States.

Even reformists and moderates, who have been critical of the Revolutionary Guards’ hard-line domestic and foreign policies, condemned the killing and sent out condolences for a commander who has been praised for fighting and defeating the Islamic State.

Former reformist President Mohammad Khatami, who has been banned from state media for his criticism of hard-line policies, published a message on social media calling Soleimani a “martyr” killed by “occupying criminals”. Two prominent Grand Ayatollahs, Yousef Saanei and Asadollah Bayat-Zanjani, who have been vocal critics of the regime, also issued statements praising Soleimani’s fight against “religious fundamentalism” perpetrated by Isis.

Other prominent opposition figures including Ardeshir Amir Arjomand, a close advisor to Mir Hossein Mousavi who has been critical of the Supreme Leader Ayatollah Khamenei, published a statement praising Soleimani for defeating Isis, calling the killing an act of “terrorism” and in violation of international law and against peace and security in the region.

Even Parvaneh Salahshouri, a reformist member of parliament who has recently slammed the regime for its brutal crack-down of protests, came out in support of Soleimani and condemned the attack.

A senior reformist in Tehran, who did not want to be identified for security reasons, told The Independent that killing Soleimani is seen as the Trump administration’s second horrific act against Iranians, after the US President’s violation of the nuclear deal to which Iran was still committed. “They assassinated someone who was a symbol of national defence for many Iranians, and was probably the only senior commander who did not interfere in domestic politics,” the senior reformist said.

Activists warn that the killing will further securitise the atmosphere inside Iran and pave the way for a more militaristic approach by hard-liners. Tehran will see the attack as an act of war from the United States and its regional allies, and hard-liners will utilise the external threat to solidify power and sideline their domestic critics. Moderates who have been pushing for engagement with the West will be weakened even more and potentially pushed out of power in the upcoming parliamentary and presidential elections. Tehran will pursue an increasingly hard-line policy both domestically and abroad, and prospects of any negotiation with the United States will diminish.

“Qassem Soleimani’s assasination is the beginning of an emergency situation for the Iranian state,” said Amin Bozorgian, an Iranian sociologist living in France. “We don’t know what they will do in the region, whether they will retaliate or not, but this will definitely lead to a more closed atmosphere inside Iran and strengthen the IRGC,” he told The Independent.

In light of an imminent foreign threat and the wartime atmosphere, hard-liners will bring issues of stability and security front and centre in Iranian political discourse and with a much stronger justification, while any domestic opposition will be considered treasonous and harshly stifled.

Mr Bozorgian said the regime may not be able to retaliate against those who killed Soleimani, but will do so against its weaker and more accessible enemies. He told The Independent that in the final years of the Iran-Iraq war, Iran compensated for its weakness and loss by mass executions of political prisoners in the summer of 1988.

It is still not clear how Iran will respond to the killing of one of its most senior figures. The Supreme Leader Ayatollah Khamenei has promised a harsh revenge, but did not provide any specifics as to when and against who.

Tehran will most likely wait and calculate a calibrated response that may not directly attack US forces but hurt America’s closest allies in the region.

“Some in Iran may want a quick response,” said Hamed Hadian, a hard-line journalist based in Tehran. However, a quick response could lead to a full-on war and so Iran will probably not do that, he told The Independent. “But the Middle East will not be safe for any American soldiers for years to come,” Mr Hadian added.

Tehran and Washington have been staunch enemies for four decades, fighting proxy wars against each other across the Middle East and coming close to direct confrontation at various times. But an attack of this magnitude has never happened before and is a complete game-changer. Now the ball is in Iran’s court and all eyes are on Tehran to see when and how the promised revenge is going to take place.