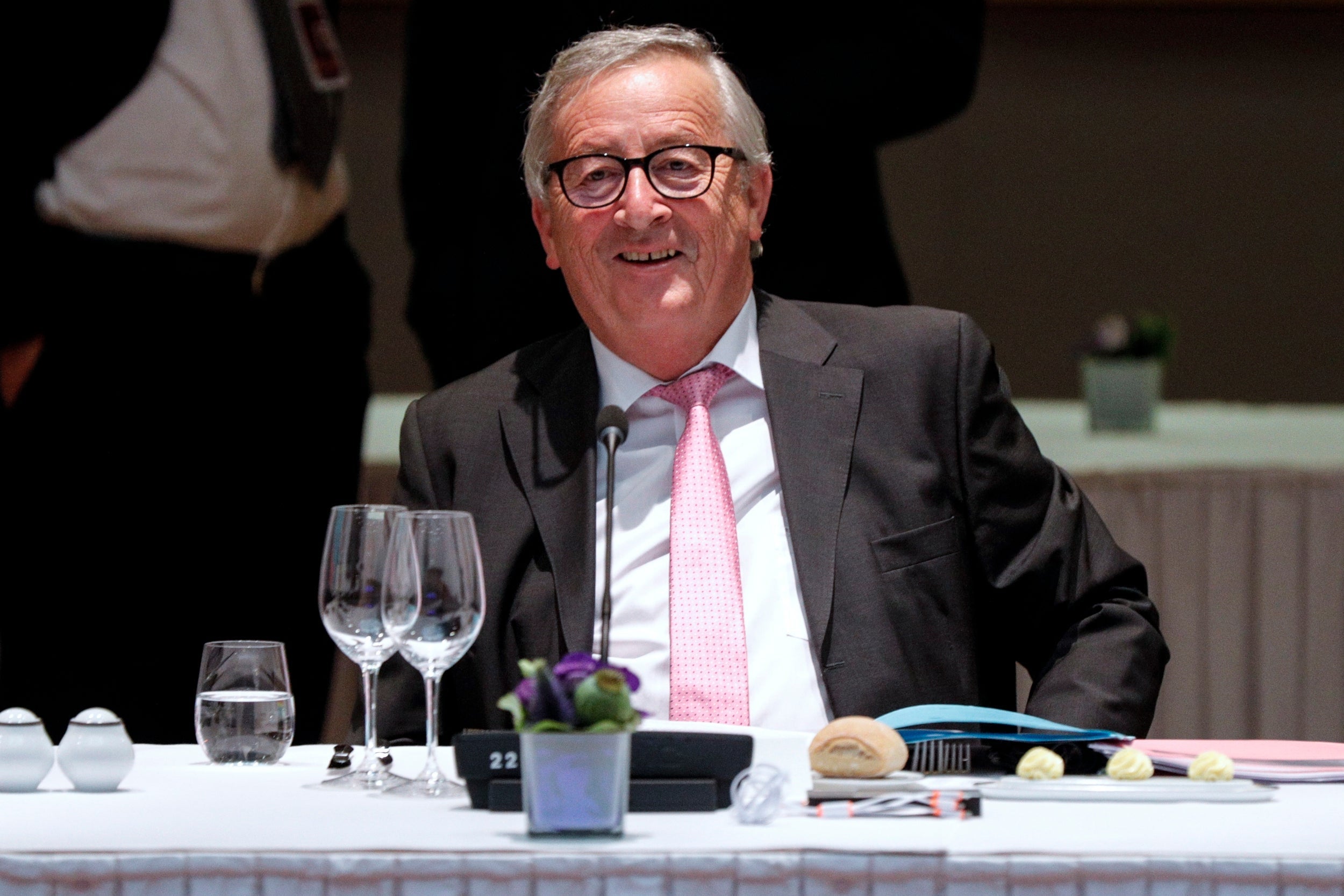 EU leaders dragged a Brussels summit out into the early hours of Monday morning arguing about who should replace Jean-Claude Juncker as European Commission president, but were still far from agreement.

Frans Timmermans, the socialist group’s candidate to lead the EU’s executive, appeared to be emerging as the compromise choice at the meeting after he received the backing of Angela Merkel behind the scenes.

But some central European countries, wary of Mr Timmermans’s reputation for social liberalism, have been blocking his appointment – at least for now. The Dutch politician supports a second Brexit referendum and has previously criticised Boris Johnson for making “borderline racist” comments.

Leaders are expected to work through breakfast on Monday in order to hash out a final nominee to replace Mr Juncker. The choice would then be put to MEPs for a confirmatory vote.

A video of a meeting on the sidelines of the summit between Mr Timmermans and Bulgarian prime minister Boyko Borissov shot late into the evening appeared to suggest a compromise was close.

Under the plan, Manfred Weber, the centre-right candidate for president, might instead be handed the European Parliament presidency, while Mr Timmermans – a social democrat who speaks seven languages – would take charge of the commission.

States opposed to the centre-left candidate heading up the Commission as of around 2am are reported to include the Czech republic and Slovakia.

Other top EU posts are also up for grab at the summit, including the bloc’s foreign affairs chief, and potentially Donald Tusk’s replacement as European Council president. Considering all the posts at the same time allows leader to horse trade, potentially making breaking the deadlock easier.

Leaders discussed the succession over creamy pea soup and pan-fried langoustine, with fillets of sole and mashed potatoes, followed by a dark chocolate poached meringue and ice cream at the summit’s dinner. The meal was hours later starting to allow for more one-on-on discussions between different parties to take place.

The main meeting was also suspended a number of times throughout the course of the evening to make time for bilateral chats. Mr Tusk is understood to have taken a tour of EU leaders in the early hours of the morning to try to break the deadlock.

Theresa May attended the meeting, for what is likely to be her last visit to Brussels as prime minister – but played a low-key role in proceedings. The only social media post the prime minister made during the summit was a picture of herself watching a cricket match of England vs India.

The leaders pulled the fledging all-nighter because they are keen to nominate their choice for commission president before the newly elected European Parliament sits next week in Strasbourg for the first time. Mr Juncker’s term is up at the end of October.