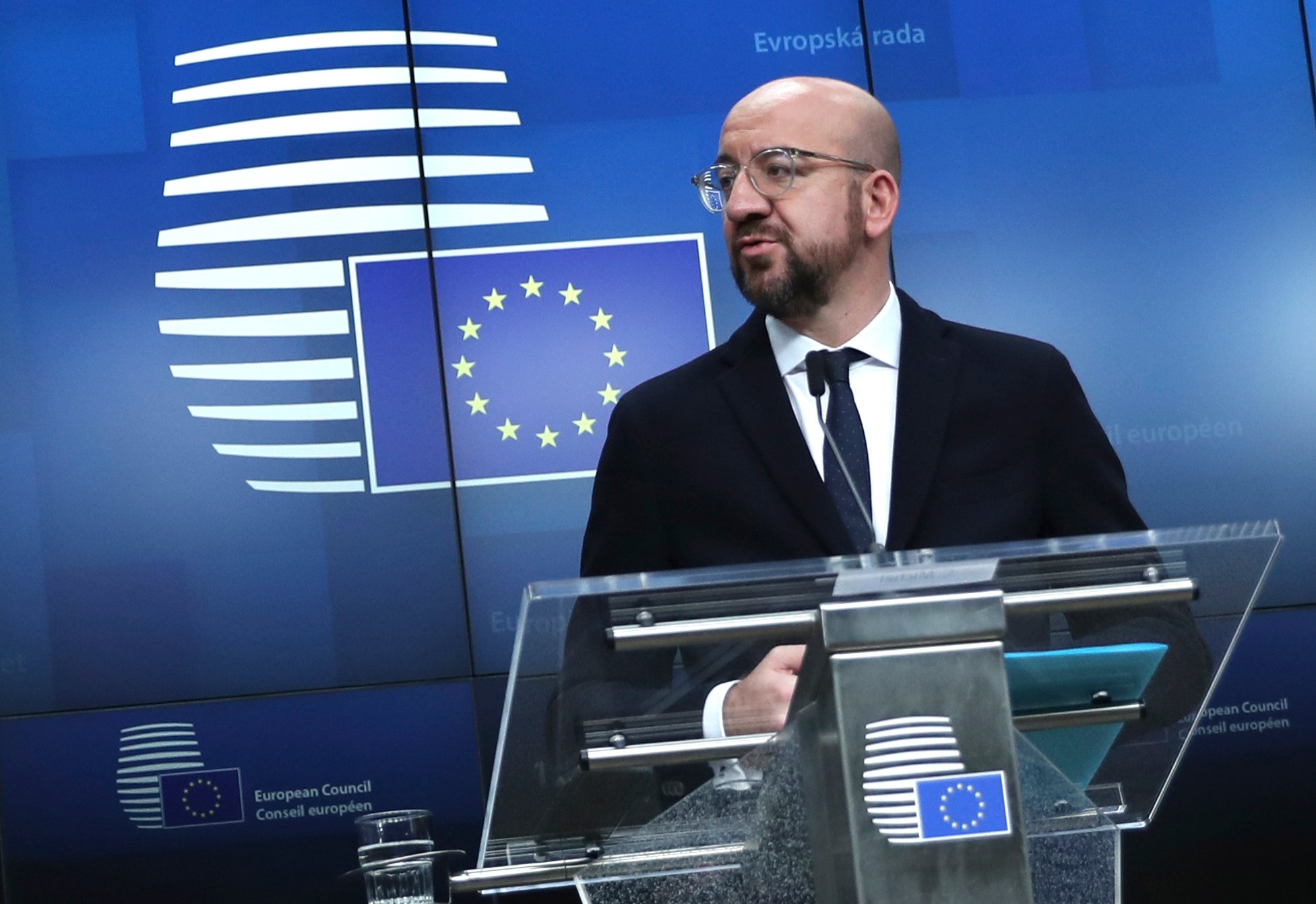 The president of the European Council has urged Iran not to retaliate to the assassination of its top general with “irreversible acts”, in the latest plea for de-escalation.

Charles Michel, who replaced Donald Tusk in the top role at the end of last year, said the Iran nuclear deal, the so-called JCPOA, could still survive.

It comes a week after the killing of Qasem Soleimani, who was killed by a targeted US drone strike while on a visit to neighbouring Iraq.

The killing, ordered by US president Donald Trump, has ramped up tensions in the Middle East and raised fears of an open conflict between Iran and the US.

Iran fired more than a dozen ballistic missiles as bases housing US forces in Iraq earlier this week in response to the killing.

It has also indicated that it will breach some of the terms of the JCPOA, an agreement which was signed in order to prevent Iran from getting nuclear weapons – but was repudiated by Donald Trump

Iraq’s parliament responded to Mr Soleimani’s killing by calling for the expulsion of all foreign troops, including Americans.

“Following yesterday’s statements, Charles Michel expressed hopes that there will be no further attempts to increase tensions in the region leading to a de-escalation of the situation in the Middle East,” a statement from the European Council read.

“The Iranian President stated that the European Union has always played a stabilising and responsible role in the region and that Iran stands ready to continue a close cooperation with the EU.”

Mr Michel said of the conversation: “I called Iran not to pose irreversible acts.”

Since the election of Donald Trump to the US presidency the EU has positioned itself as the guardian of the Iran nuclear deal and taken steps to circumvent renewed US sanctions on the country.

The US says Mr Soleimani was killed because of his role in directly Iranian-backed militias in Iraq and Syria.