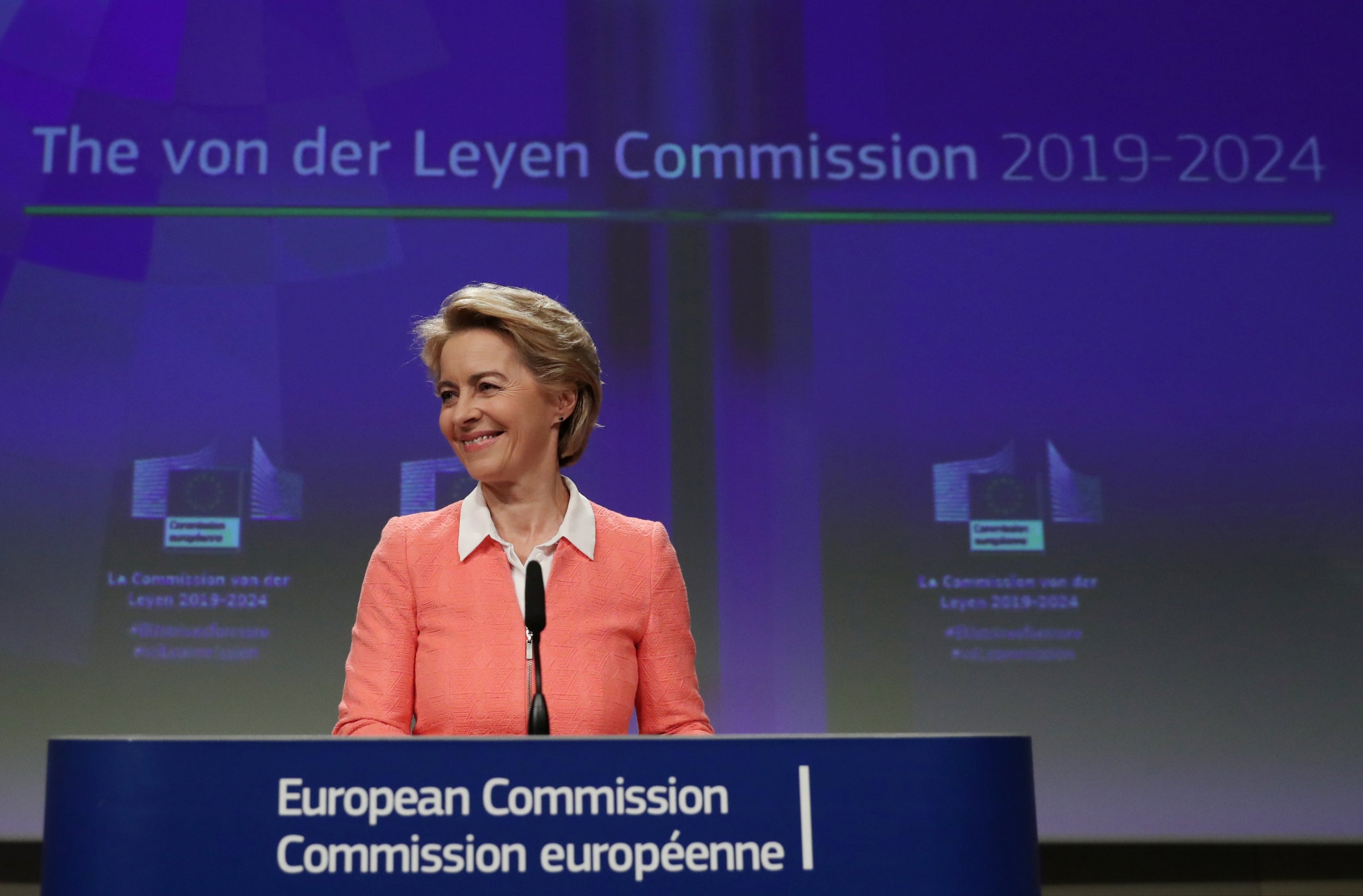 The EU commission has been accused of adopting “grotesque” and “fascist” rhetoric after it created a new “Commissioner for Protecting our European Way of Life” role to oversee immigration policy.

Incoming president Ursula von der Leyen unveiled the new job along with the rest of her cabinet at a press conference in Brussels on Tuesday, explaining that it would cover migration issues.

But critics said the new job’s Orwellian-sounding name suggested that immigrants were a threat to the European way of life.

Ms Von der Leyen said the new Commission cabinet was “as diverse as Europe is” – though critics also pointed out that all of its members are white.

Many of the posts in Ms Von der Leyen’s new cabinet, which will serve for five years, have avoided traditional ministerial titles for more goal-orientated names like Commissioner for “A Stronger Europe in the World” and “An Economy that Works for People”.

But it is the migration commission’s rebrand that has raised the most eyebrows. Labour MEP Claude Moraes said that “calling the European Commission migration portfolio ‘protecting our way of life’ is deeply insulting”, adding that the “weird and odd titles’ of the Commission would create “confusion”.

Molly Scott Cato, a British Green MEP, told The Independent: “This looks like the portfolio to fight back against the rise of the fascists, but only by adopting their divisive rhetoric around ‘strong borders’.

“What Greens value about our European way of life is our role as a beacon of compassion and diversity. We will continue our work to ensure that Europe remains a safe harbour for those fleeing persecution and to champion global human rights.”

Dutch liberal MEP Sophie in ‘t Veld told The Independent: “The very point about the European way of life, is the freedom for individuals to chose their own way of life. We do not need a Commissioner for that, thank you very much.”

“The implication that Europeans need to be protected from external cultures is grotesque and this narrative should be rejected.

“The only threat to “our way of life” is autocrats and populists like Orbán, Kaczinsky or Johnson trampling all over the rule of law, fundamental rights and democracy. Instead of creating fake portfolios, the Commission should show some more guts in upholding the values we have laid down in our treaties, laws and case law.”

“People who have migrated have contributed to the way of life in Europe throughout its history. We trust that Commissioner designate Margaritis Schinas will work hard for an EU in which safe and legal routes allow migrants to continue to contribute to the future of Europe.

The ‘European Way of Life’ that the EU exists to protect is one which respects human dignity and human rights, freedom, democracy, equality and the rule of law.”

The role was given to Greece’s EU commissioner, Margaritis Schinas, who previously served as the Commission’s chief spokesperson under Jean-Claude Juncker.

Mr Schinas said in a statement: “I am trilled to be nominated for the position of Vice-President for Protecting Our European Way of Life.

“From better protecting our citizens and borders and modernising our asylum system, to investing in Europeans’ skills and creating brighter future for our youth, I am confident that we can take great strides over the next five years to both protect and empower Europeans.”