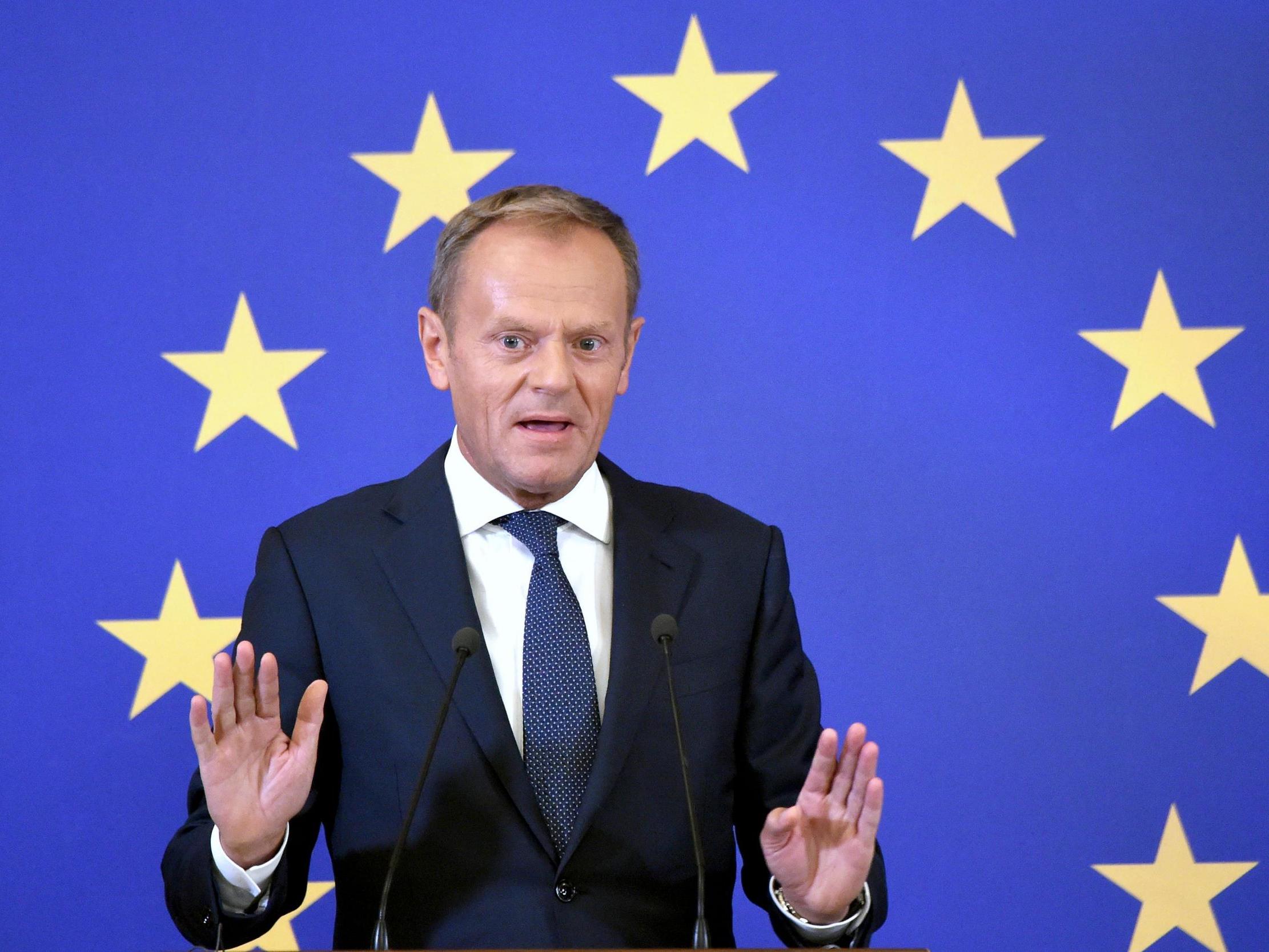 European Council president Donald Tusk launched a scathing attack on Donald Trump and Boris Johnson as world leaders gathered in the French resort of Biarritz for the G7 summit.

Condemning The US president’s calls for Russia to rejoin the G7, Mr Tusk implied they were motivated by “business calculation”.

He went on to warn Mr Johnson that the EU “will not cooperate” on a no-deal Brexit.

Ahead of Mr Johnson’s arrival at his first international summit, Mr Tusk suggested he could “go down in history as ‘Mr No Deal’”, denigrating him as “the third British Conservative prime minister with whom I will discuss Brexit”.

Mr Johnson is expected to set out his plans for Brexit in talks with Mr Tusk, building on visits in recent days to the leaders of Germany and France.

Mr Tusk said: “We are willing to listen to ideas that are operational, realistic and acceptable to all member states including Ireland, if and when the UK government is ready to put them on the table.

“The EU was always open to co-operation when David Cameron wanted to avoid Brexit, when Theresa May wanted to avoid a no-deal Brexit and we will also be ready now to hold serious talks with Prime Minister Johnson. “One thing I will not co-operate on is no deal. I still hope that Prime Minster Johnson will not like to go down in history as ‘Mr No Deal’.”

The PM plans to use the gathering to push his vision of a post-Brexit UK as an “international, outward-looking, self-confident” country.

It will be his first face-to-face meeting with the US president since entering Downing Street, and in pursuit of a trans-Atlantic trade deal will likely be seeking to appease Mr Trump, who is set to receive a frosty reception.

Mr Trump has previously been uncompromising at such meetings, particularly on climate change and the environment, which French president Emmanuel Macron has pushed to the top of the agenda in response to fires and deforestation currently devastating the Amazon rainforest.

Mr Trump is also currently floating the idea of putting tariffs on EU goods, while his trade war with China escalates.

A former US ambassador told The New York Times on Friday he expected Mr Trump “would get an earful from the others” as a result of the damage to the world economy.

Mr Tusk reinforced this message on Saturday morning, warning Mr Trump’s use of tariffs “as a political instrument” could push the global economy into recession.

Yet the absence of one unlikely Trump ally still casts a shadow over the meeting.

Mr Trump renewed calls this week for Russia to be returned its seat back at the G7, citing an alternative history of its 2014 departure that ignored the annexation of Crimea and blamed his predecessor Barack Obama.

At 2017’s G7 meeting in Canada, he suggested Russia’s actions had been partly justified.

“Under no condition can we agree with this logic,” Mr Tusk said on Saturday, saying the reasons for Russia’s exclusion “are still valid”.

“When Russia was invited to the G7 the first time, it was believed that it would pursue the path of liberal democracy, rule of law and human rights,” he said. “Is there anyone among us who can say with full conviction, not out of business calculation, that Russia is on that path?”

He added that he wished instead to invite Ukraine, as a guest, to the next G7 summit, and warned of the meeting’s importance in the face of increasingly fractured global ties.

“This may be the last moment to restore our political community,” he said.