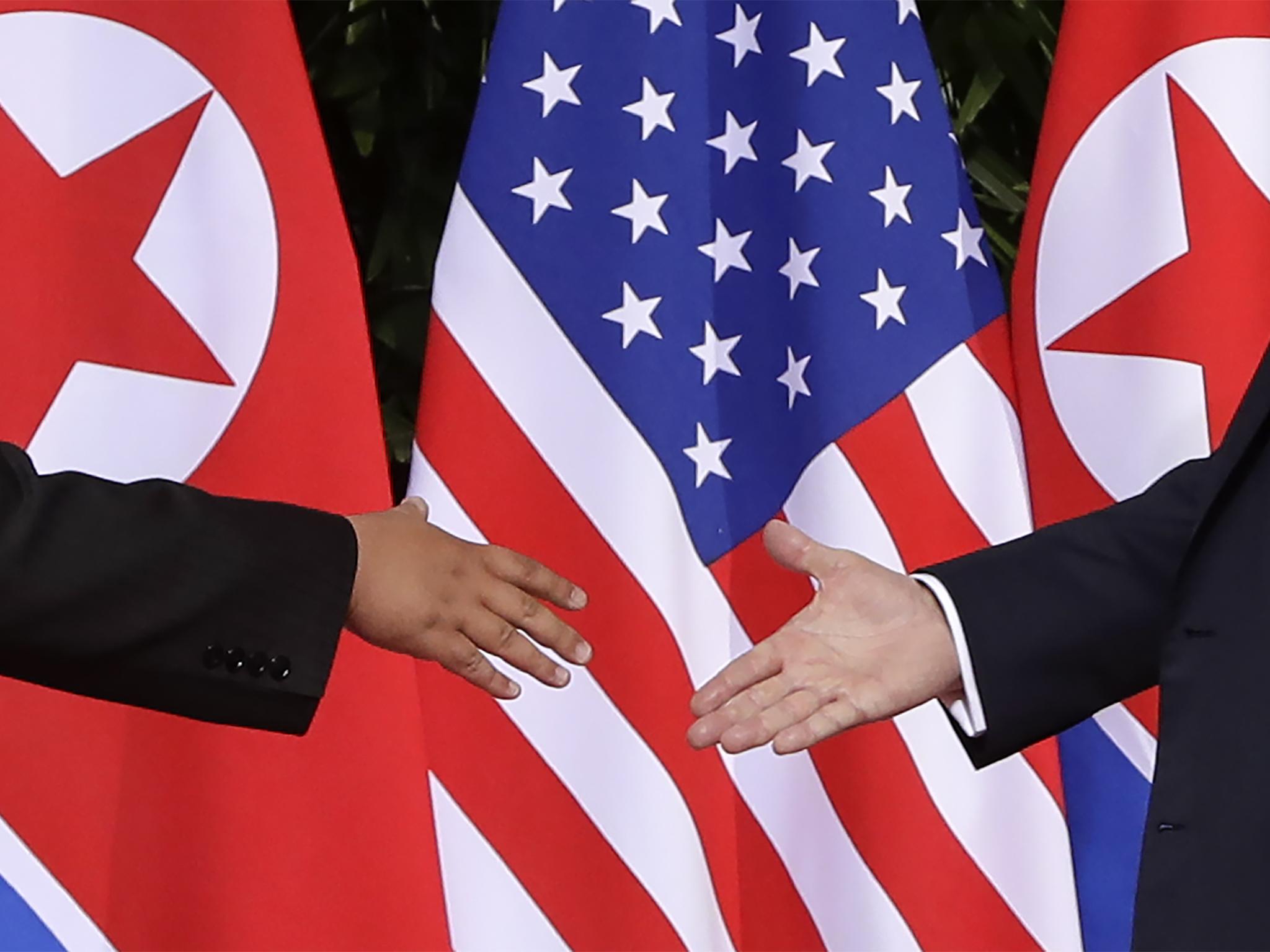 Kim Jong-un is a man who has recently exploded the mountain under which his nuclear testing facility is hidden, and among his first words to a United States president, that the former head of the FBI will not rule out has been filmed paying Russian prostitutes to urinate on a Moscow hotel bed, were that people will think this is “like something out of a science fiction movie”.

That no one in Pyongyang is brave enough to shift the Austin Powers trilogy out of the science fiction section of the supreme leader’s DVD collection is not the real story here, and indeed Austin Powers is not even the right reference.

The grand purpose of Tuesday’s events were to move North Korea safely back within the jurisdiction of Team America: World Police, via an event so heavily garbed in historical grandeur that the world might not notice America’s police chief is a showbiz personality first and an animated puppet second.

North Korea’s economic poverty is the logical endpoint for Trump


Trump could hardly have done more to be on his best behaviour, but his best is nevertheless several leagues below the worst of anyone else ever to hold his office.

When, for example, he joked to the TV cameras to “make us look thin and handsome”, so high were the stakes, so exalted the occasion that events briefly managed to escape the strong gravitational pull down to the familiar weird place to which Trump sought to drag it.

It was clear, in the news conference at the end, that the president was doing his level best not to say anything stupid but he is simply not clever enough to do so. His descent to the Trump everybody knows and is horrified by began moments after the start, when he described Kim Jong-un as a “very talented man”.

Asked about North Korea’s appalling human rights record, in which more than 100,000 people are thought be kept in enforced labour camps, and public executions have been carried out in which political prisoners have been strapped to the turrets of anti-aircraft turrets and exploded into the sky, he claimed: “He took over his country at the age of 26, and he ran it tough. He ran it tough.”

Later he would tell another questioner on the subject of North Korea’s human rights record, “I know more about it than you do.” By the end he claimed to have “one of the great memories of all time” and issued further warnings on trade tariffs to Justin Trudeau and the European Union.

We were also treated to a bizarre Hollywood pastiche movie trailer, entitled “Destiny Pictures Presents…” which appeared to present to Kim Jong-un the choice of liberalisation of his country’s economy and politics or face war.

On this evidence, it does genuinely appear to be the case that Trump believes it can be through his concerted pressure that Kim Jong-un can lead North Korea in the direction of a liberalised, developed future, one with “beach hotels and condos and trains and everything”.

If North Korea is to be liberated the horrors the world will see will be reminiscent of scenes at the end of the Second World War. If North Korea is to have any kind of bright future it is scarcely worth repeating that the Kim Jong dynasty can, of course, have absolutely no part in it.

More to the point, the rest of the world, from China, Canada, Germany, France, Japan, Iran and everywhere in between are, for the first time in generations, having their own serious doubts about the legitimacy of America as the world’s policeman.

That President Trump has, in three days, isolated Angela Merkel, Justin Trudeau and others, and apparently made a new friend of Kim Jong-un, might be rather telling.

When two extreme nationalist madmen come together for a highly unlikely and rather weird summit, history is not ambiguous about the direction of travel from here. The Molotov-Ribbentrop “non-aggression” pact is the first to spring to mind in a crowded field.

Wherever on the DVD shelf you want to place it – sci-fi, spy movie pastiche or indeed Hammer horror, reality, as ever, is far stranger than fiction.