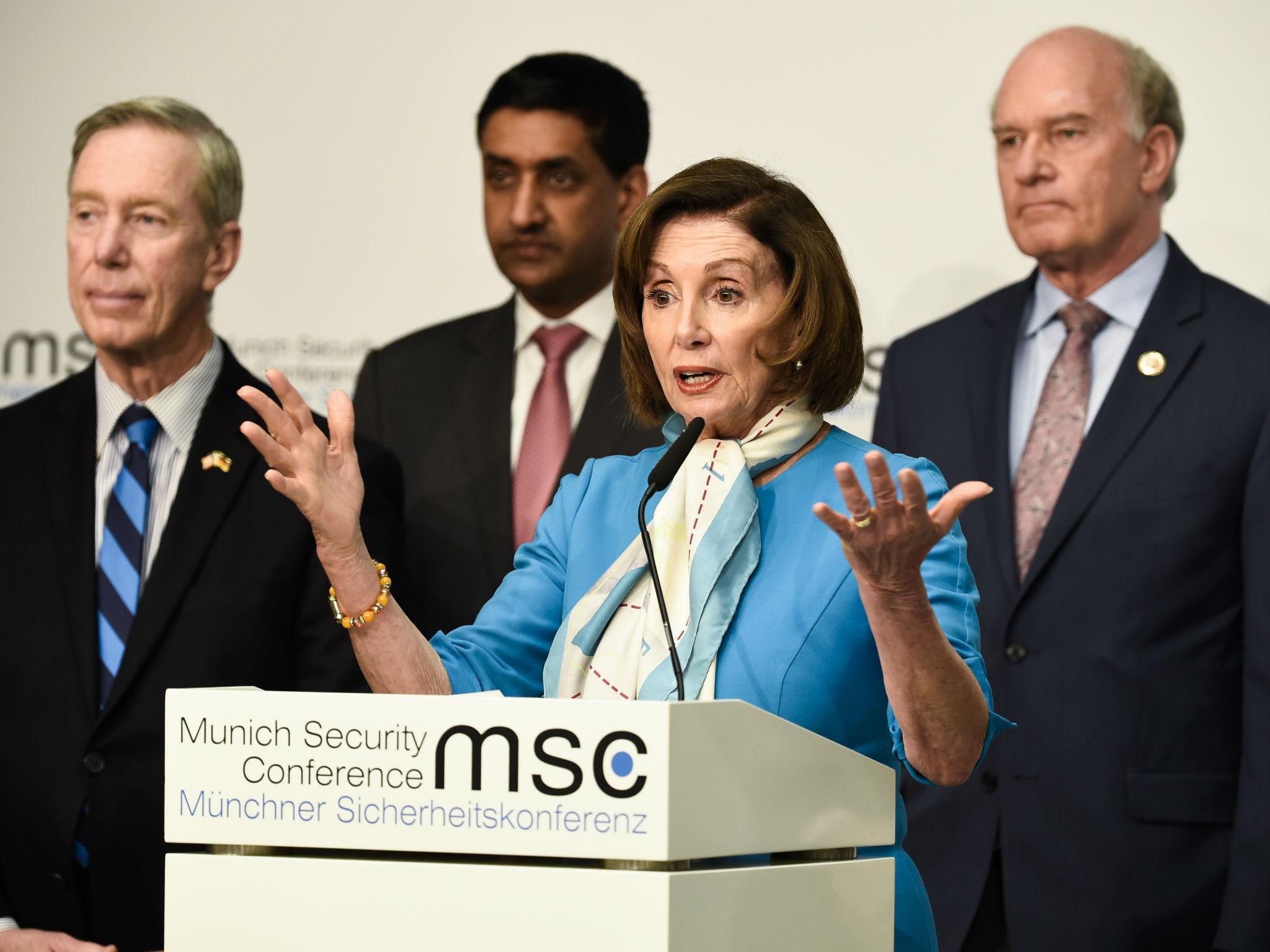 “I am very glad to be here, I hope I can make up in quality what is lacking in quantity,” said Sir Mark Sedwill at a leading international security forum in which “global Britain” has been notable for a lack of senior ministers.

Sir Mark, the national security adviser, was a last-minute addition to a miniscule UK team at the Munich Security Conference, a prestigious gathering which has been described as the “Davos for defence”.

The glaring absence of high-ranking figures from London has not escaped notice. Nancy Pelosi, the Democrat speaker of the House of Representatives – part of the largest ever US delegation to the conference – said: “I hope it’s not an indication of their commitment to multilateralism.”

Other senior political and economic leaders who had gathered in Munich included French president Emmanuel Macron, Mike Pompeo and Mark Esper, the US secretaries of state and defence respectively, and Sergey Lavrov, the Russian foreign minister. This is as well as the foreign ministers of China and India, two counties with which the UK is keen to make post-Brexit trade deals.

British defence secretary, Ben Wallace, pulled out in the days before the event and Sir Alex Younger, the head of MI6, also cancelled his appearance at a late stage. Downing Street denied instructing the two men not to attend.

James Cleverly, a junior Foreign Office minister, was a late substitute. He did not feature on any of the panels, although he wanted to stress that he had been active, posting photographs of bilateral meetings with the Norwegians and the Kuwaitis.

Veteran diplomats spoke of their surprise and sadness at Britain’s evaporating international footprint. Carl Bildt, the former Swedish prime minister, tweeted: “The one nation that is only completely absent from MSC2020 [Munich Security Confernce 2020] is the UK. Very strange, minsters were supposed to come, but then everyone withdrew. Has ‘Global Britain’ gone completely introvert?”

Wolfgang Ischinger, formerly of the German foreign ministry and one of the conference organisers, tweeted: “Needless to say, as a former ambassador to the Court of St James, I am saddened by the absence of senior ministers of Her Majesty’s government at @MunSecConf this year.”

Meanwhile, the European Union’s top diplomat said that governments within the bloc need to be willing to intervene in international crises or risk paralysis in their foreign policy.

“Europe has to develop an appetite for power,” Josep Borrell told the conference, stressing that did not only mean military power. “We should be able to act … not every day making comments, expressing concern,” he said.

Despite its trading power, the fact that decisions require consensus means it is often split on foreign policy issues – with Libya and how to respond to Donald Trump’s “peace plan” for Israel and the Palestinians among the issues causing strain. The polices of the US president have been a regular source of tension.

“When there is no unanimity (in the EU), the remaining majority have to act,” Borrell said.